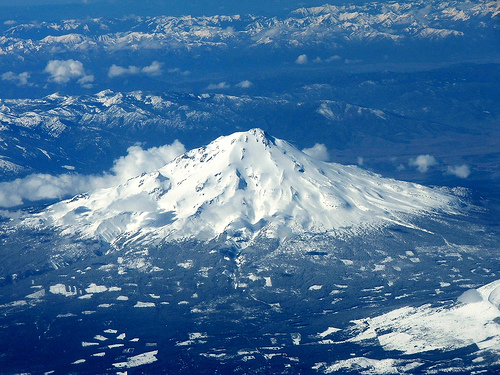 All seven glaciers on California’s Mount Shasta are growing. This includes Whitney Glacier, the state’s largest. Three of them have doubled in size since 1950. Both the Hotlum and Wintun Glaciers have nearly doubled in size since 1950, says this article on Wikipedia. The Bolam Glacier has increased by half, while the Whitney and Konwakiton Glaciers have grown by a third. Meanwhile, seven smaller glaciers in California’s Sierra Nevada are smaller than they were 100 years ago.

Scientists first became aware of these growing California glaciers in 2002. Now, nine years later, most media outlets still refuse to acknowledge that these glaciers are growing. After this year’s record snowfall, it will become harder to continue the deception.

A record 98 inches of snow during the month of March and an estimated 6 feet of new powder during the past week extended the ski season. The City of Mount Shasta, sitting at the foot of the mountain about midway between San Francisco and Portland, Oregon, has broken a 108-year-old snowfall record for March with 97.9 inches, according to the National Weather Service. The old mark of 88 inches was set in 1903. For the season, 289 inches (24 feet) of snow has fallen on the city. 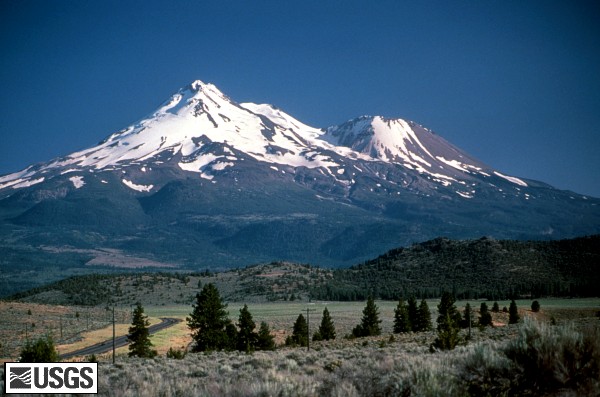 Not only on Mt. Shasta, glaciers are also growing in Washington and Alaska. The Nisqually Glacier on Mt. Rainier is growing. Glaciers on Glacier Peak in northern Washington are growing. And Crater Glacier on Mt. Saint Helens is now larger than it was before the 1980 eruption.

Glaciers are growing in Alaska for the first time in 250 years. Two years ago in May, Alaska’s Hubbard Glacier was advancing at the rate of seven feet (two meters) per day – more than half-a-mile per year. In Icy Bay, at least three glaciers advanced a third of a mile (½ km) in one year.

And the Juneau Icefield, which covers 1,505 square miles (3,900 sq km) and is the fifth-largest ice field in the Western Hemisphere, is also growing. According to Michael Zemp at the University of Zurich – one of the scientists that Al Gore likes to quote – “some positive values were reported from the North Cascade Mountains and the Juneau Ice Field.”  (“Positive values” means “growing”.)

The fifth largest ice field in the entire Western Hemisphere is growing, and no one is bothering to report it. (IceAgeNow)