The Transit of Venus is over. It was the most spectacular event for all skywatchers as well for the whole astrophysics science community. Technology in 2012 allowed us to observe the Transit from mighty Earth’s telescopes as well as from solar-observing space fleet and ISS. Astronaut Don Pettit, flight engineer for International Space Station (ISS) Expedition 31, took photos of the 2012 Transit of Venus from orbit. This top image, from the first half of the 2012 transit, is one of hundreds taken from the ISS Cupola, a windowed module that provides the crew with unparalleled views of both Earth and astronomical phenomena. ISS is the first orbital, crewed spacecraft from which the Transit of Venus has been observed. In addition to the dark circle of Venus visible at image upper left, several smaller sunspots are visible at image center.

The full-disk images were captured between 21:00 Universal Time on June 5 and 06:00 UTC on June 6 by the Helioseismic and Magnetic Imager (HMI), an instrument designed to study the oscillations and magnetic field of the solar surface, or photosphere. As with Pettit’s photo, HMI reveals several sunspots near the middle of the Earth-facing side of the Sun, as well as the larger, transient disk of Venus in the upper third of the images.

The Transit of Venus in front of the Sun is one of only two such planetary crossings – the other being the Transit of Mercury – that are visible from Earth. While transits of Mercury occur thirteen times each century, Venus transits the Sun only twice over the same time period. The first transit of the current pair occurred in 2004. 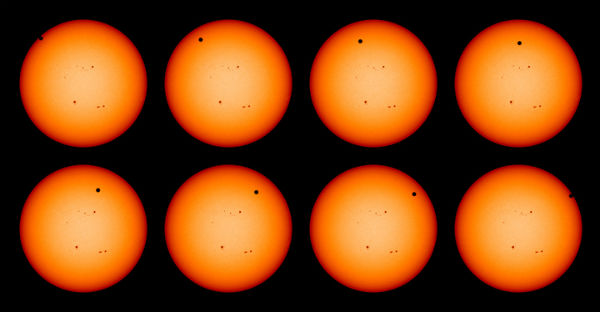 Here are some amazing videos filmed from spacecrafts:

The following movies by SDO and GOES-15 Solar X-Ray Imager capture Venus as it passes in between the Sun and Earth.


NASA’s Solar Dynamics Observatory captured Venus as it crossed in front of the Sun on June 5th and 6th, 2012. The images were collected by the Helioseismic and Magnetic Imager, designed to study oscillations and the magnetic field at the solar surface.
The videos and images displayed here are constructed from several wavelengths of extreme ultraviolet light and a portion of the visible spectrum. The red colored sun is the 304 angstrom ultraviolet, the golden-colored sun is 171 angstrom, the magenta sun is 1700 angstrom, and the orange sun is filtered visible light. 304 and 171 show the atmosphere of the sun, which does not appear in the visible part of the spectrum.

And observing from Earth was spectacular too. 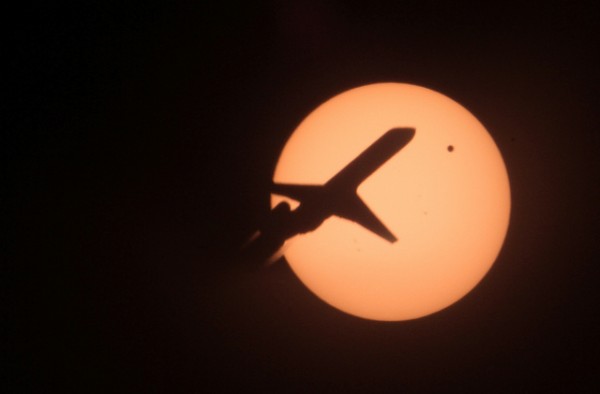 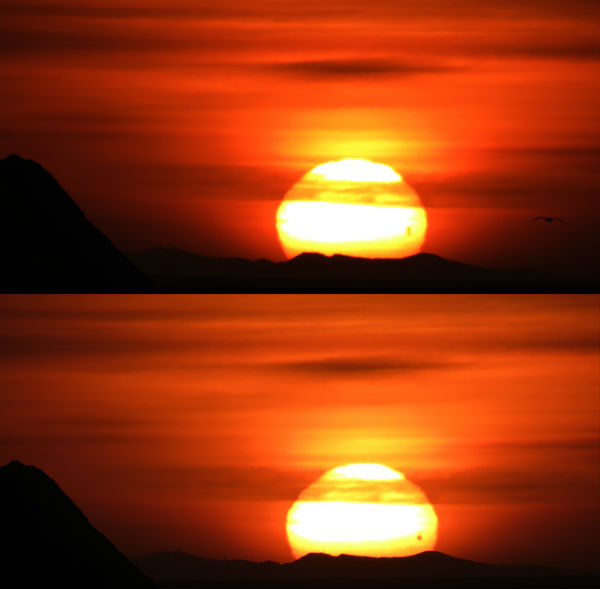