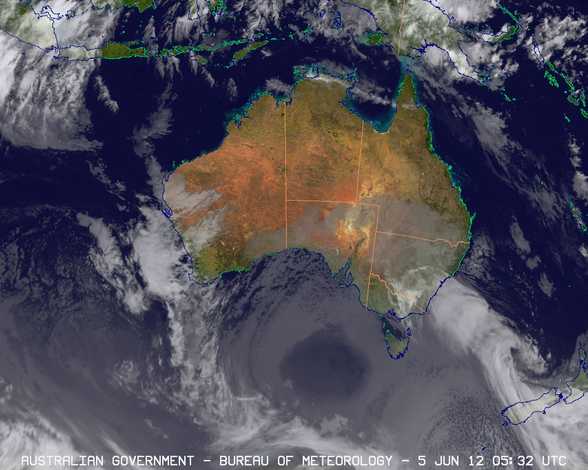 The Bureau of Meteorology has issued a severe weather warning for large parts of coastal New South Wales, and Queensland is also expecting gale force winds and king tides over the next 48 hours. The weather is going to be tough on the beaches also, with both states expecting to see huge swells and coastal erosion.

Damaging rains have already hit Victoria where at least 10,000 properties in the Gippsland area are without electricity and some residents of Taralgon have evacuated after the creek burst its banks overnight, flooding the town. More than 830 people have called the State Emergency Service (SES) seeking help since Sunday morning, with up to 200mm of rain recorded in parts of the state since 9am on Sunday.

The Traralgon Creek overflowed in the early hours of this morning, prompting residents to rush to the local evacuation centre. Three people have been treated for hypothermia including a 13-year-old and a seven-year-old. Another dozen people were rescued from floodwaters, including three people caught in their car at nearby Yarram.

State Emergency Service information officer Chris Lewis said sections of major highways – including the Princes Highway, Monaro Highway and South Gippslands Highway – would be closed this morning, as emergency crews cleared fallen trees and other debris. ”You’re getting trees coming down over the road all over the place. There’s power outages across the area as well,” Mr Lewis said. He said it was too dangerous for emergency volunteers to begin clearing the damage. ”We can’t have our crews out in this weather,” he said. He said the chaotic weather was also responsible for several minor road accidents in the area.

As the low pressure system moves north, New South Wales is preparing itself for gale force winds, torrential rains, and flooding. The heaviest rain is set to hit Sydney during the afternoon peak hour, and three-metre swells are predicted to hit south facing beaches tomorrow morning. The swell is already picking up on the southern beaches. “This sort of rainfall and wind has potential to bring down trees and powerlines,” a senior weather forecaster said. “It’s going to get quite messy along a large stretch of the NSW coast between the Victorian border to just north of Newcastle.”

The large mass of cloud over the Tasman Sea and southeastern states is associated with a surface trough and low pressure system and an upper level disturbance, with low cloud also extending into southern Queensland.

Convective and middle level cloud in a band near the west coast of Western Australia is being generated ahead of a complex trough and low pressure system over the Indian Ocean.

Low cloud along the southern coasts and through the Bight is associated with an onshore airstream. High level cloud is present over northernmost parts of the Northern Territory.

The remainder of central and northern Australia is relatively cloud free, under the influence of a ridge extending from a high pressure system in the Southern Ocean.