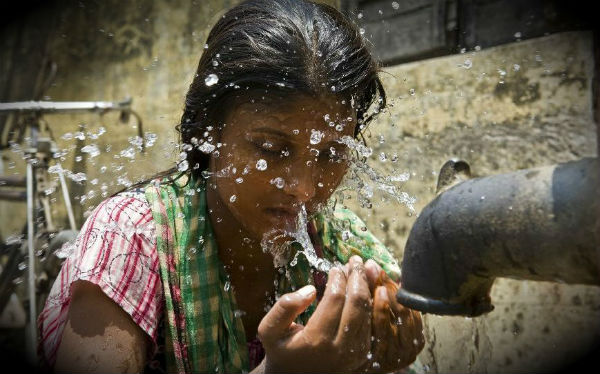 India is experiencing a deadly heat wave. Heat waves of varying intensity are expected to stalk north-west India and parts of east and east-central India. The worst hit region is northeast with unofficial reports about 41 deaths from heat-related illness. Indian government confirmed only two deaths at this point.

The worst of the heat wave has been felt across Odisha, while Jharkhand and Chhattisgarh have also felt the effects of this latest heat wave, which include power shortages.

The high temperature averaged 45 C across Odisha on Friday, marking the highest average of the year to this point. The high temperature reached 46.5 C in Titilagarah. The heat continued on Saturday with many locations once again averaging 44 to 46 C during the hottest time of the day.

The Andaman Sea continued to witness a cyclonic circulation hovering above, bidding its time to trigger onset of monsoon in the territorial waters.

A building ridge of high pressure is the culprit behind the heat wave and unfortunately it is not expected to weaken anytime soon. No storm systems approaching the region will allow the ridge to continue to build and bring unrelenting heat to northeast India through at least the middle of next week.