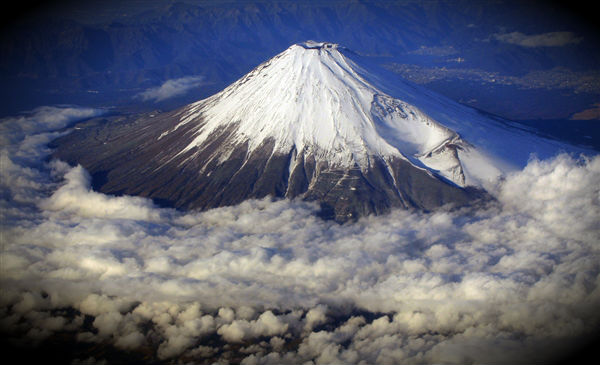 A recently finished three-year study from Japan has discovered a new fault line running beneath Mount Fuji, which towers 3 776-meter (12 385 feet) above sea level. Analysis done on the fault line by the University of Tokyo shows the potential for a magnitude 7.0 quake, changing the shape of the mountain and devastating nearby communities.

According to director for earthquake investigation at the science ministry, Yasuhiro Yoshida, the mountain could collapse with mudslides flowing to Gotemba, a city near the base of the mountain.

Further analysis will be done to determine the full effects of an earthquake on the mountain, such as a possible eruption or devastating landslides.

Little is known about the seismic structure under Mount Fuji because faults were buried by mudflows triggered by a huge landslide that occurred about 2 600 to 2 900 years ago, as well as by layers of volcanic ash, but that more studies are required to determine how the fault could affect potential volcanic activity.

Mount Fuji last erupted in 1707, less than two months after M8.6 earthquake centered in the region. An earthquake in 1707 caused Mount Fuji to erupt, claiming the lives of an estimated 20 000 people. The nation of Japan remains on heightened alert for natural disasters following the deadly earthquake and tsunami in early 2011. (JapanToday)

Mount Fuji is the highest mountain in Japan located on Honshu Island at 3 776 m (12 389 ft). An active stratovolcano that last erupted in 1707–08, Mount Fuji lies about 100 kilometers (62 miles) south-west of Tokyo, and can be seen from there on a clear day. Mount Fuji's exceptionally symmetrical cone, which is snow-capped several months a year, is a well-known symbol of Japan and it is frequently depicted in art and photographs, as well as visited by sightseers and climbers. It is one of Japan's "Three Holy Mountains" along with Mount Tate and Mount Haku.

Three small cities surround it: Gotemba to the south, Fujiyoshida to the north, and Fujinomiya to the southwest. It is also surrounded by five lakes: Lake Kawaguchi, Lake Yamanaka, Lake Sai, Lake Motosu and Lake Shoji. They, and nearby Lake Ashi, provide excellent views of the mountain. The temperature is very low at the high altitude, and the cone is covered by snow for several months of the year. The lowest recorded temperature is −38.0 °C, and the highest temperature was 17.8 °C recorded in June 2008.

Scientists have identified four distinct phases of volcanic activity in the formation of Mount Fuji. The first phase, called Sen-komitake, is composed of an andesite core recently discovered deep within the mountain.

The volcano is currently classified as active with a low risk of eruption.

The last recorded eruption was the Hōei eruption which started on December 16, 1707 and ended about January 1, 1708 during the Edo period. The eruption formed a new crater and a second peak halfway down its side. Fuji spewed cinders and ash which fell like rain in Izu, Kai, Sagami, and Musashi. Since then, there have been no signs of an eruption

In the evening of March 15, 2011, there was a magnitude 6.2 earthquake at shallow depth a few kilometres from Mount Fuji on its southern side. But according to the Japanese Meteorological Service there was no sign of any eruption.