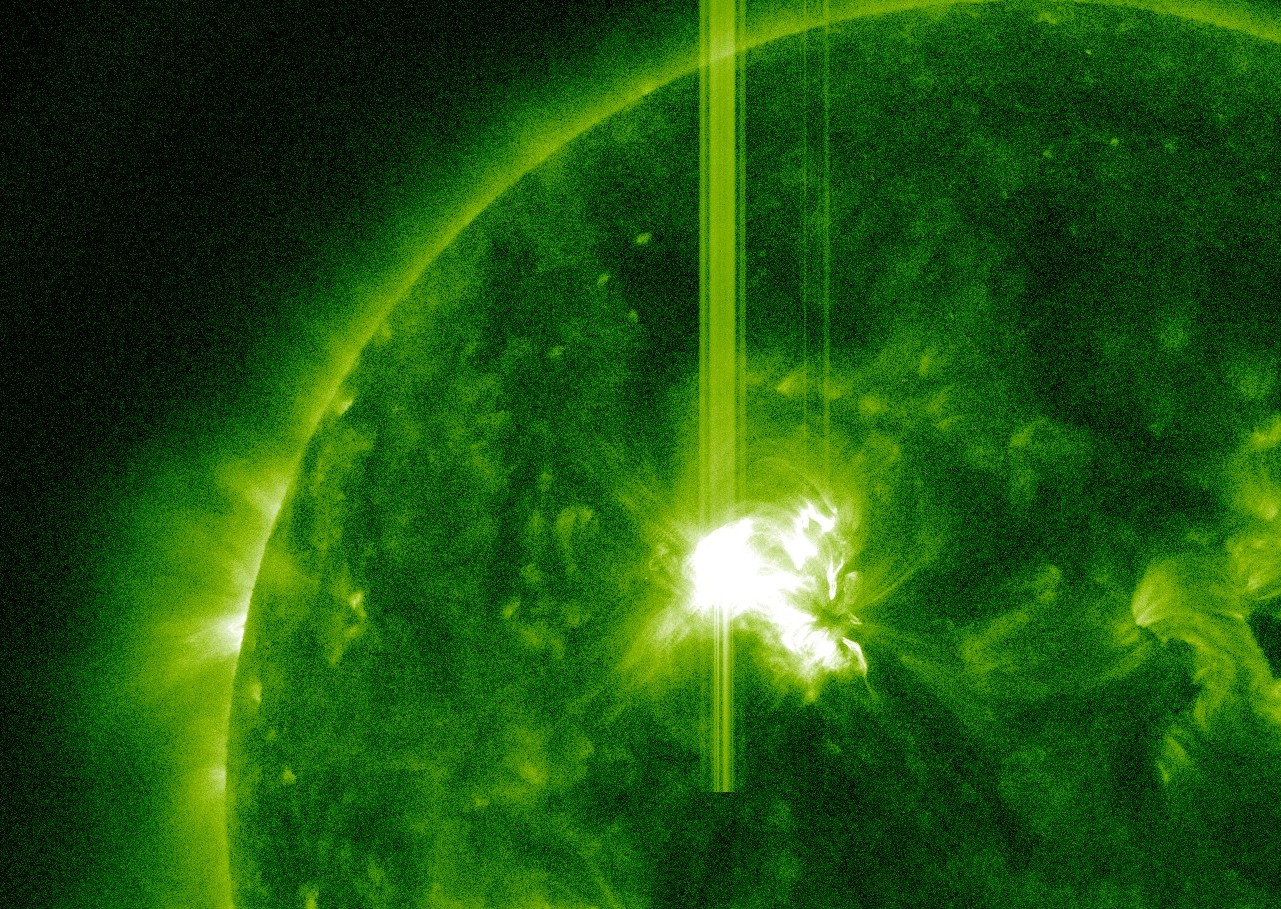 TenFlare – a 10cm radio burst indicates that the electromagnetic burst associated with a solar flare at the 10cm wavelength was double or greater than the initial 10cm radio background. This can be indicative of significant radio noise in association with a solar flare. This noise is generally short-lived but can cause interference for sensitive receivers including radar, GPS, and satellite communications.

Sunspot AR1476 is crackling with M-class solar flares and appears to be on the verge of producing something even stronger. The sunspot’s ‘beta-gamma-delta’ magnetic field harbors energy for X-class flares, the most powerful kind. Earth is entering the line of fire as the sunspot rotates across the face of the sun.

Potential Impacts: Area of impact centered primarily on sub-solar point on the sunlit side of Earth. Radio – Limited blackout of HF (high frequency) radio communication for tens of minutes. 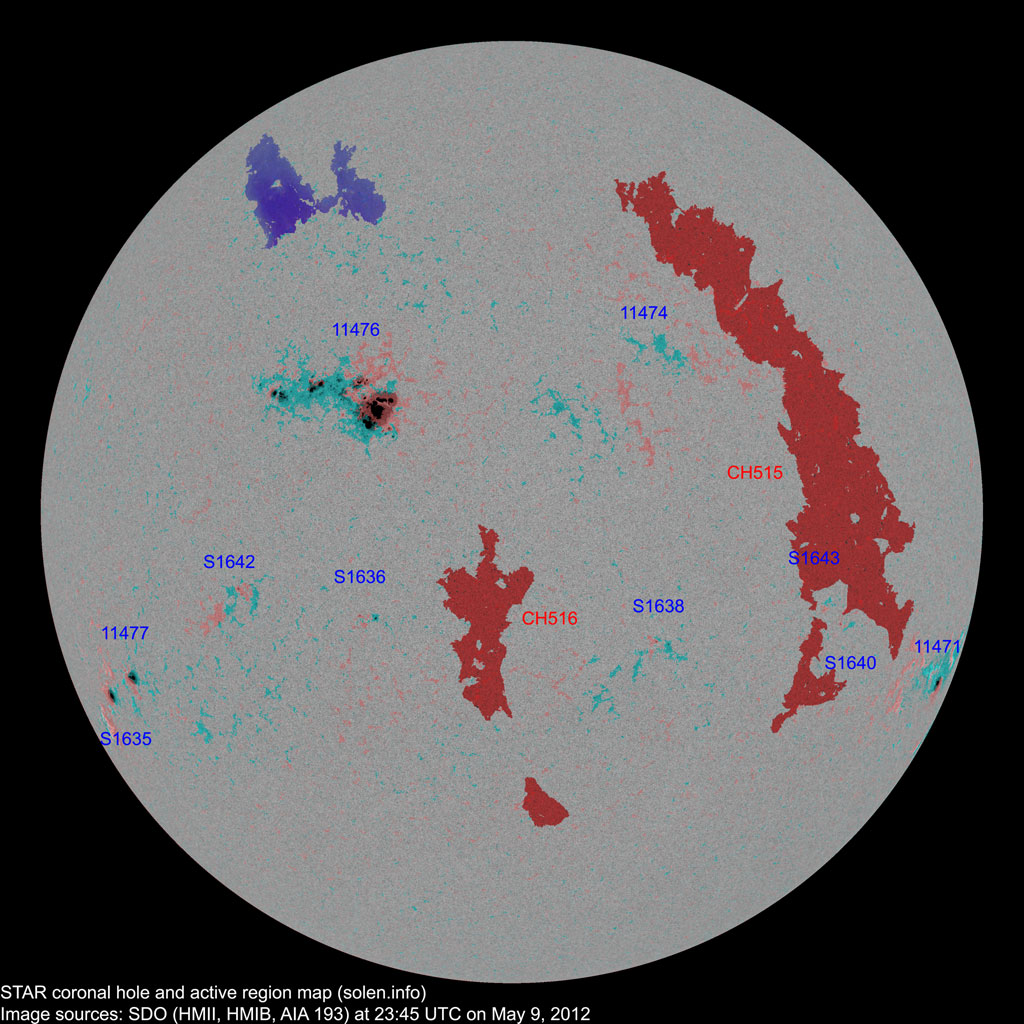 Analysis of Solar Active Regions and Activity from 09/21:00 UTC to 10/21:00 UTC: Solar activity has been at high levels for the past 24 hours with multiple M-class solar flares observed. Region 1476 (N12E08) was responsible for almost all of the activity with 3 M-class events observed, the largest being a M5/2b event at 10/04:18 UTC. Associated with these events, were discrete frequency radio bursts, Tenflares, and even a Type IV radio sweep. Region 1476 has shown mixed growth and shear effects across the polarities as it continues to evolve.

Solar Activity Forecast: Solar activity is expected to be at moderate levels with a slight chance for X-class events for the next three days (11 – 13 May) as Region 1476 continues to grow and evolve.

Geophysical Activity Summary 09/21:00 UTC to 10/21:00 UTC: The geomagnetic field has been at quiet to active levels for the past 24 hours with an isolated minor storm period observed at high latitudes. Solar wind measurements, as observed by the ACE spacecraft, showed a continued increase in solar wind speeds to around 620 km/s, a drop off in solar wind density, and the total IMF began to stabilize around 5 nT. These characteristics are indicative of a CH HSS. The greater than 2 MeV electron flux at geosynchronous orbit reached high levels during the period.

Geophysical Activity Forecast: The geomagnetic field is expected to be at quiet to unsettled levels with a chance for active periods for the next three days (11 – 13 May). The increased activity is due to both the continued CH HSS effects and three weak, slow moving CME’s intertwined within.