A large amount of empty drug capsules are discarded into a sewage gutter, forming a colorful layer stretching for over 300 meters on the side of Zhengshang road near Ligang village, Zhengzhou city, Central China's Henan province, April 21, 2012. The capsules with various colors appeared on the gutter overnight. Sun Baozhou, head of the village's committee, said these capsules could be coming from illegal capsule-making workshops in the village. Chinese police have detained 45 people, arrested nine and seized more than 77 million capsules tainted with chromium in China's latest product safety scandal according to Xinhua. 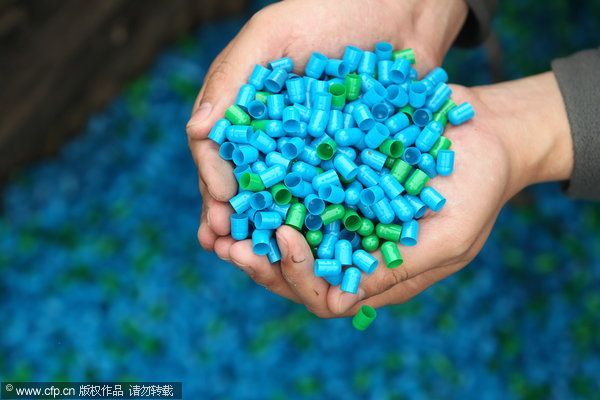