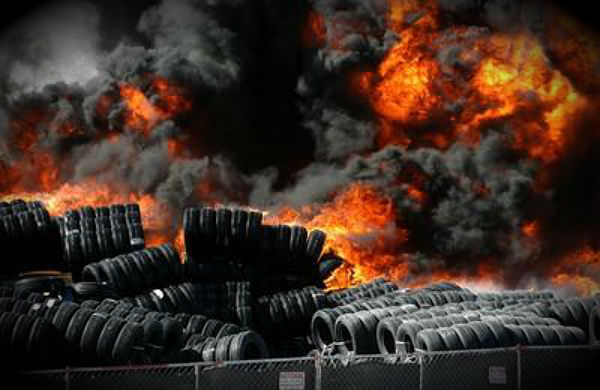 On April 17, 2012, a massive fire broke out in a dump for used tyres in Al Jahra in north-west of Kuwait City, fuelled by around five million used tyres. The fire was raging 10 hours after it broke out as hundreds of firemen from several stations with support teams from the army, the national guard and Kuwait Oil company have been fighting to contain the fire. Environment authorities advised residents in the area to stay away and to use masks. Medics said that one man was treated for minor burns. 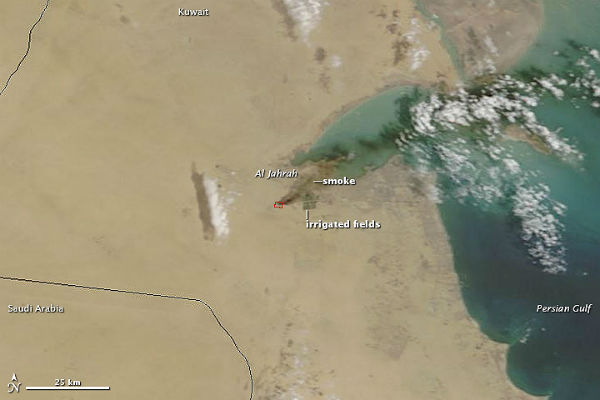 Authorities were grateful that winds blew most of the smoke out to sea, but members of parliament were still expected to convene a special session to discuss the fire’s environmental impact on Kuwait, news sources said. A number of MPs described the fire as an “environmental catastrophe” and vowed to demand a debate on the issue in a special parliamentary session next week. Some said they will demand an official probe.

Tires are not designed to be burned as a fuel and contain hazardous ingredients (the rubber in tires contains 25% extender oils derived from benzene, 25% styrene, a derivative of benzene, and 25% 1,3 butadiene. – both benzene and 1,3 butadiene are suspected human carcinogens). Tire-derived fuel (TDF) also contains remnants of wire that is difficult to totally remove when tires are processed for fuel.

Inform yourself more about Hazards of Burning Tires