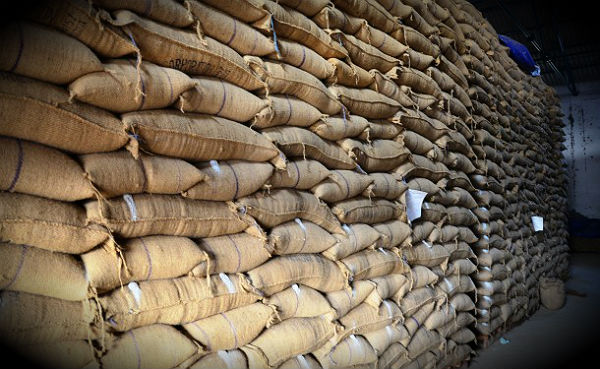 India is struggling with too much wheat while the rest of the world is anticipating a shortage. Thanks to the virtual banning of exports since 2007, India is producing more wheat than it can properly store and now the Indian government does not know where to store the bumper grains to be harvested for the third year in a row. Fears are rising that the grains would be out in the open, rot and be eaten by rodents even as millions go hungry in the country which is planning to enact a right to food law. According to one estimate, up to seven percent of the country’s annual grain production goes waste due to insufficient storage space and inefficient transport and distribution networks.

Government admitted that there is a lack of enough grain storage and distribution infrastructure in the major grain-producing areas of the country when an overwhelming majority of the population is wallowing in extreme poverty, famine and hunger has resulted in untimely deaths and widespread devastation. To top it, food prices are skyrocketing, owing to shortage of food supplies. 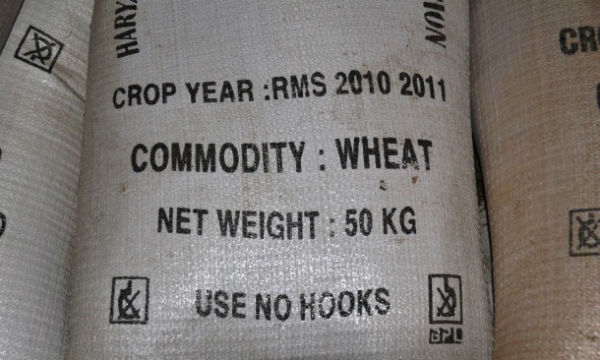 Storage utilisation is 76 percent, leaving around 24 per cent capacity unutilised due to lack of proper planning. The lack of adequate storage capacity would bother authorities as procurement of wheat from major producing states like Punjab, Haryana and Western Uttar Pradesh picks up. Together, the three states account for over 80 per cent of India’s total production. India consumes more than 70 million tons of wheat per year.

In India millions go to bed hungry at night and government is allowing food supplies to rot.The government should distribute more grains among the needy if it is not able to create enough storage capacity. A country like India where around 41.6% of the total population falls below the international poverty line cannot afford to let its food grain go to waste, especially when the grain procurement figures have reached dizzying heights.

Further food inflation will be devastating for poor people whose hunger arises largely from their inability to afford the escalating prices.

To reduce stockpiles, the government had allowed traders last year to export wheat and rice surpluses. The government’s food grain stock up to January 2012 was 46.7 million tonnes. To deal with the emerging situation, the finance and food ministries are trying to dovetail a food-for-work scheme with the Mahatma Gandhi National Rural Employment Guarantee Scheme. 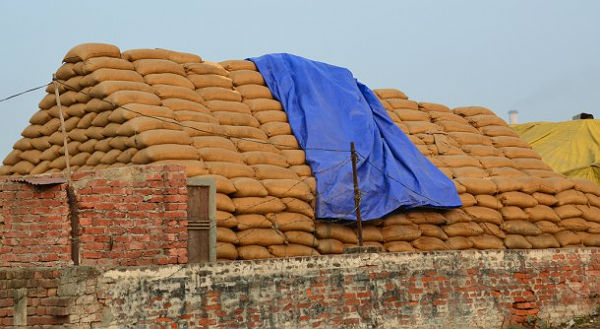 What the government needs to do is come up with a creative solution to this problem and make sure that corruption and bureaucracy are not bottlenecking the path to progress. Otherwise the deep-seated anger and frustration of the deprived people are bound to erupt one day and we run the risk of facing nothing short of a civil war leading to extreme anarchy and ouster of the government. Such a situation is undesirable; hence the government must act before it’s too late.

India, with 1,220,200,000 (1.22 billion) people is the second most populous country in the world, while China is on the top with over 1,350,044,605 (1.35 billion) people. The figures show that India represents almost 17.31% of the world’s population, which means one out of six people on this planet live in India. Although, the crown of the world’s most populous country is on China’s head for decades, India is all set to take the numero uno position by 2030. With the population growth rate at 1.58%, India is predicted to have more than 1.53 billion people by the end of 2030.

Storage of grain and seed

About 70 percent of grain is retained by farmers for food, feed, seed, and sale or barter. During storage, grain declines in quality and quantity. These losses are caused by insects, rodents, birds, mould, heat, and spillage. Here are some simple methods which farm women can use to safely store grain. (See Safe grain storage structures )

If you keep grain in cloth or gunny bags, open the windows of the storeroom during dry, sunny weather to allow ventilation.

Dry and clean your grain. The length of time needed to dry the grain will depend on the weather. Bite a grain to test its moisture content: if it cracks when you bite it, it is dry enough to store. If possible, dry the grain on a cement floor or hard, smooth, crack-free floor. Otherwise use plastic sheets or tarpaulins spread on the ground.

Store only clean, dry, unbroken grain which is free from foul smell. Do not store grain in loose heaps or in damaged bags. Use gunny bags or bins. Store the grain away from wet areas. Do not place grain sacks near walls. Store grain sacks raised above the ground. This prevents entry of moisture from the walls and ground. Do not mix old grain with new grain. Also, do not store grain from a new crop near the grain from an old crop. Mix your grain with dried kernels of neem or use other plants with insecticidal effects, such as pyrethrum.

Inspect the grain regularly for insects, rodents, and other pests. Take appropriate preventive measures. (See other sections in this manual.) From time to time, spread the grain in the sun. Spray with insecticides only if a large number of insects are detected. Regularly test the grain for moisture and re-dry when necessary. Keep storage structures and surroundings clean.

Where to store seed

Store seed separately from the grain crop. Store the seed in a room or bin made of stone, brick, or cement. Before sowing, test germination. Take 100 seeds at random. Put them in moist sand. At least 85 of the 100 seeds should germinate. If fewer than this number germinate, increase the amount of seed you sow.

Harvest the seed crop separately at the time of proper field maturity. Harvest seed only from healthy uniform plants. Thresh the seed gently to avoid damaging the seed coats. Remove broken, damaged, or diseased seeds, seeds of weeds and other crops, chaff, straw, soil, and other matter. Dry the seed thoroughly by spreading it uniformly over a clean sheet, or pucca floor made of stone, brick, or cement. Bite a few seeds to test for moisture content. Seeds which are hard to crack are dry enough for storage.

Place the clean, dry seed in clean bags-gunny bags, hessian bags, or cloth bags-or plastic containers, metal bins, earthen pots, or mud-plastered bamboo bins. Spread a layer of sand, straw, or wood ash at the bottom of the container. This will help to keep the seed dry. Place dry neem leaves in the bags or containers. Neem controls insect infestation, especially in pulses which are easily damaged by insects. Seal the lid of containers with a mud pack mixed with linseed oil.

Maintenance of the seed store

Dry seed bags in the sun at least every 3 or 4 months. Regularly inspect your seed. If the seed of any crop shows signs of insect infestation, remove it from the store. Clean and dry the infested seed and its container. Store this seed in a separate place for 2 to 3 weeks. Check for reappearance of insects. Return it to the storeroom only if it remains free from insects.

Empty and fumigate the seed store at least twice a year and seal it with cow dung cake and straw to keep it dry and free from insects. Inspect the storeroom roof before the rainy season. (NZDL)