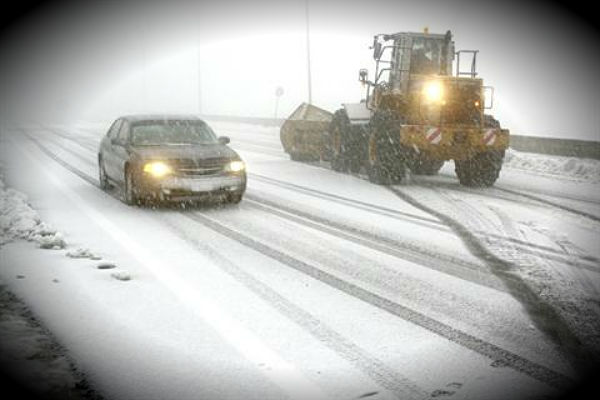 The combination of a massive arctic outbreak pouring out of Europe and added Mediterranean moisture uplifted and wrung out over the Atlas Mountains bred the extreme snowfalls. Unlike the vast Sahara whose desert climate dominates northern Africa, the Atlas Mountain region of Algeria, Tunisia and Morocco shares a moderate, adequately watered “Mediterranean” climate. Winter snow is common over higher slopes of the Atlas, but rarely does it reach the depths seen this year.

Parts of Lebanon was covered with 2 meters (7 feet) of snow after severe storm with gusts up to 100 km/h from February 17 to 19. The strong waves flooded the coastal road in the southern city of Sidon, bringing cars to a standstill. Heavy winds uprooted trees in several areas and damaged crops throughout the country.

Temperatures dropped to near freezing along the coast while snowplows struggled to clear the main roadway between Beirut and Damascus. The image below shows snow covering much of Lebanon, and extending across the border with Syria. Another expanse of snow cover occurs just north of the Syria-Jordan border. 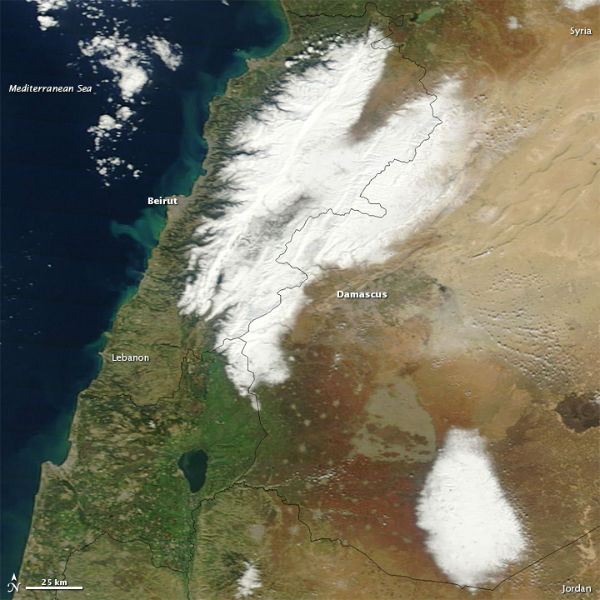 Snow in Lebanon is not uncommon and the country is home to ski resorts. Still, this fierce storm may have been part of a larger pattern of cold weather in Europe and north Africa.

Featured image: Plows work to clear roads which were covered by a thick layer of snow on the Dahr al-Baidar highway (Credit: The Daily Star Lebanon)