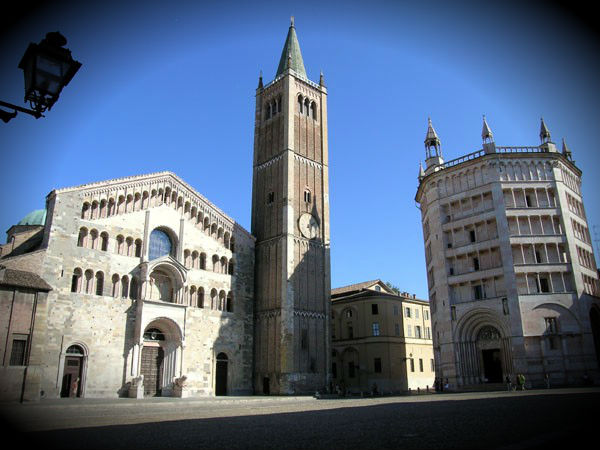 An earthquake of magnitude 4.9 occurred in the north of Italy, Emilia-Romagna region,  near the city of Parma (44.868°N, 10.470°E) on January 25th 2012 at 08:06 UTC (09:06 Italian time). It has been largely felt in Italy and up to southern Switzerland (Lugano). The actual epicenter of this earthquake has been located near the villages of Lentigione, Corte Godi and Enzano. INGV, the Italian  local seismological service has reported a magnitude of 4.9. The earthquakes epicenter was located in the valley of the River Po, one of the Italian main rivers. 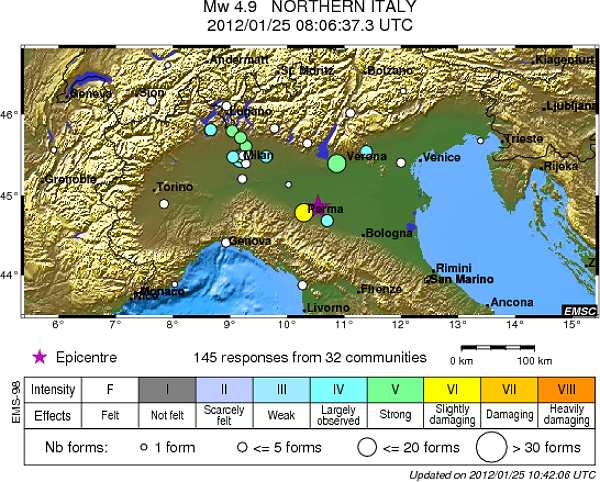 Italian Institute of Geophysics and Volcanology 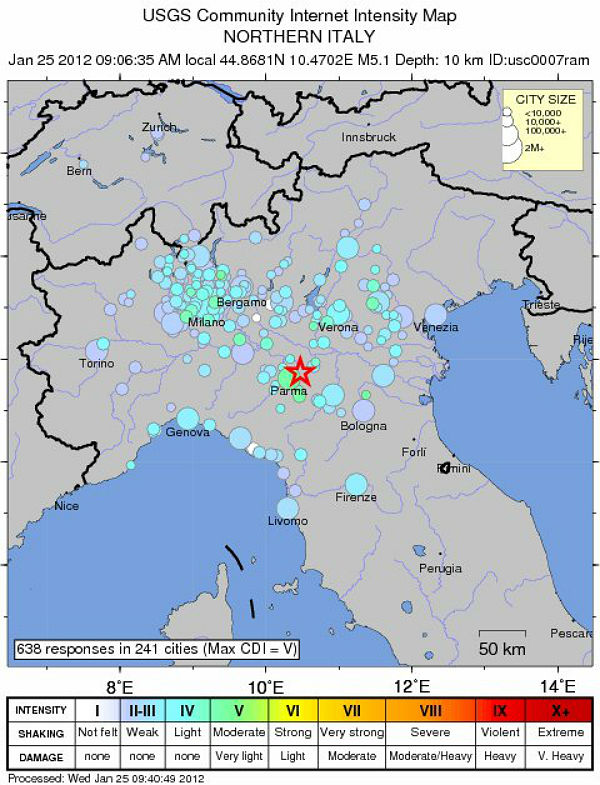 Geological change is stirring across this region of northern Italy. The Po Valley is often regarded as a syncline, or dip in the crust due to compression at the edges. Regardless of whether this concept accurately describes its geology, the valley is manifestly a sediment-filled trough, or virtual syncline, continuous with the deeps of the Adriatic Sea. The gradual subsidence of the Po Valley (including that of Venice) and the folding of the mountains of eastern Italy have been explained by discovery through seismic wave analysis of the “Apennine Subduction System.” Along the Adriatic side of Italy the floor of the Adriatic Sea—now the “Adriatic lithosphere” or the “Adriatic plate,” a term (or terms) whose precise meaning is the subject of ongoing research—is dipping under the slab on which the Apennines have been folded by compressional forces. Subduction is a process that occurs in the Earth’s mantle, separated from the Earth’s crust by the Mohorovičić discontinuity, or Moho, a roughly spherical natural boundary 5–10 km deep.(Wikipedia) 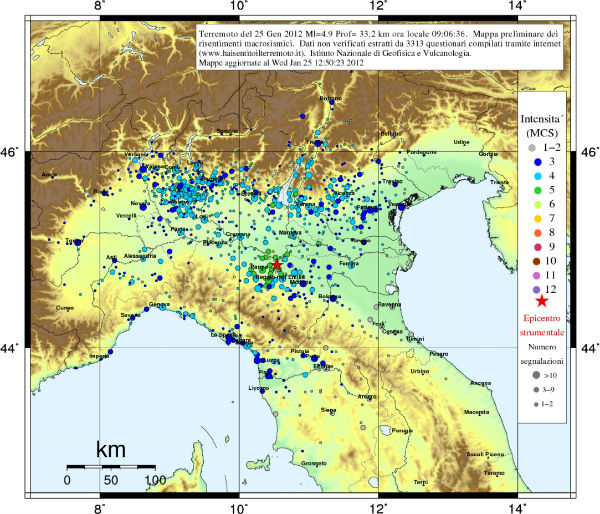 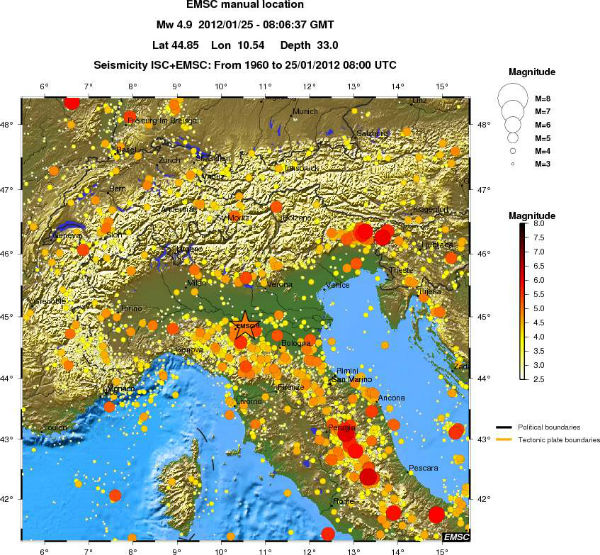