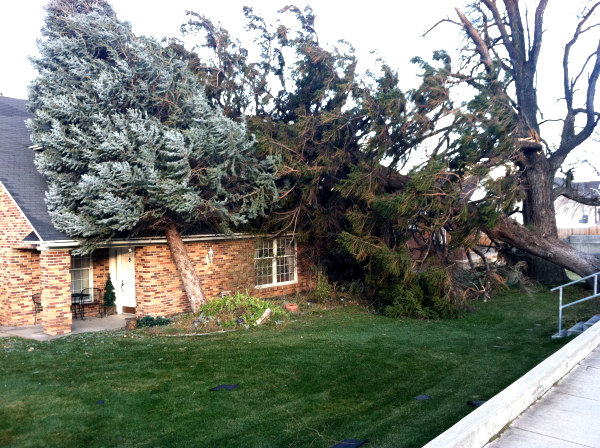 Santa Ana winds whipped through Southern California Wednesday night with peak wind gusts of up to 167 mph (270 km per hour). Wind gusts stronger than 140 mph – which would be equivalent to a Category 4 hurricane – have been measured on the Sierra Crest mountain ridge, according to the National Weather Service. Strong winds also blow through some areas of Nevada, Utah, Arizona and New Mexico early Friday. Santa Ana winds pull the humidity way down, increasing the risk of fire. Quickly blowing winds can spread fires that start from downed fire lines. Los Angeles Firefighters are presently on the scene of 97 separate emergency incidents across our 471 sq mile jurisdiction. The winds also knock out power across the area.

Los Angeles County declared a state of emergency, where officials urged residents to stay off the roads, for fear of being crushed by branches and debris. A fallen tree sliced through an apartment building in Pasadena, forcing the evacuation of 40 residents, and city officials said that at least 40 buildings were so badly damaged they would have to be torn down.

Southwestern California has been especially hard-hit, leading Los Angeles County Supervisor Michael Antonovich to issue a state of emergency “to ensure that state and federal financial resources are available to serve county residents impacted by the windstorms.” In a statement, the county noted that Pasadena, Sierra Madre and Monrovia particularly have seen extensive damage, including to private property.  Los Angeles International Airport experienced a partial power outage and significant delays Wednesday night, as well as 20 domestic and three international inbound flights diverted.

Fire hazards were another potential problem, with the combination of strong winds and moderate-to-low humidity spurring red flag warnings through 6 p.m. PT Friday for Los Angeles and Ventura counties. Downed power lines adjacent to Occidental College in Los Angeles started a 2-acre grass fire and prompted a precautionary evacuation of those nearby, the Los Angeles County fire department said. No one was injured.

Los Angeles city crews on Friday were working to clean up debris and some 400 downed trees in shuttered Griffith Park, many of which had fallen on Roosevelt Municipal Golf Course LATimes reports. Officials said two other parks in Northeast L.A. — Ernest E. Debs and Elysian Park — also had damage including hundreds of downed trees but were not closed. Other parks across the city were mostly spared. Officials said power was restored to 27,000 people since early Friday morning, bringing the total number of those still in the dark to 67,000. There are still more than 100,000 homes are without power across the region. There were at least 1,000 separate power incidents affecting various swaths of residents across the city since the strong winds began. Crews initially worked on restoring power to two hospitals as well as on some fire stations. 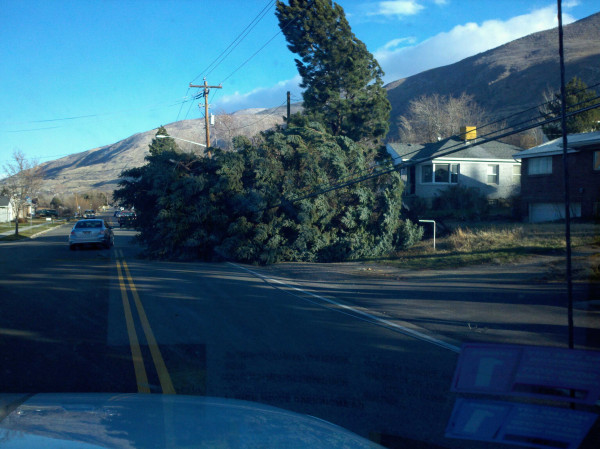 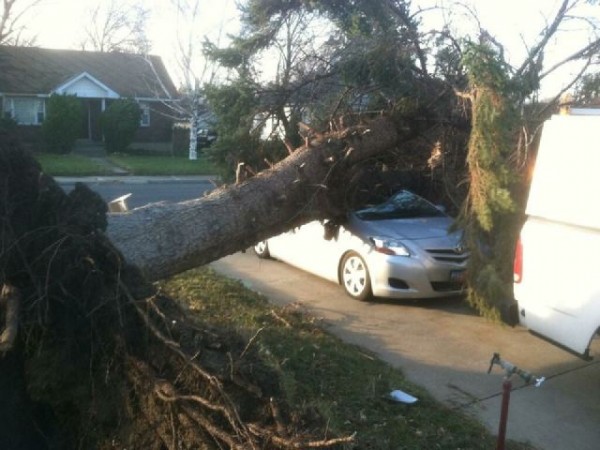 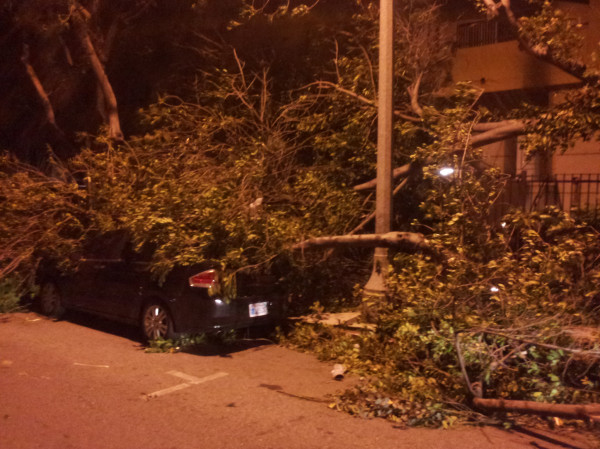 Watch a roundup of some of the wildest videos from the Santa Ana winds in California that spread across the Southwest.