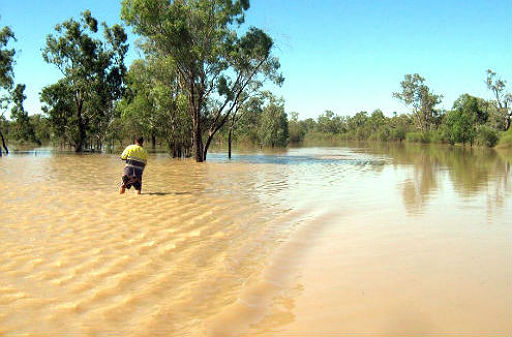 New Australia floods are starting again. Flooding isolated communities in northern New South Wales in late November 2011 battled with rising waters which cut off roughly 1,800 residents of Wee Waa, and about 200 rural properties in the vicinity of Moree, according to news reports. On November 27, authorities predicted that Wee Waa would face a week of flood-imposed isolation. 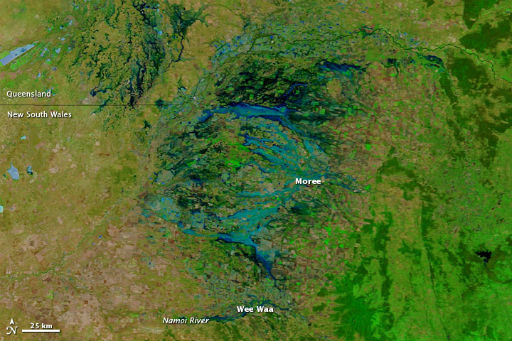 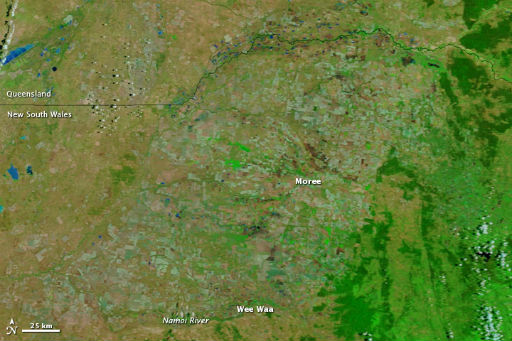 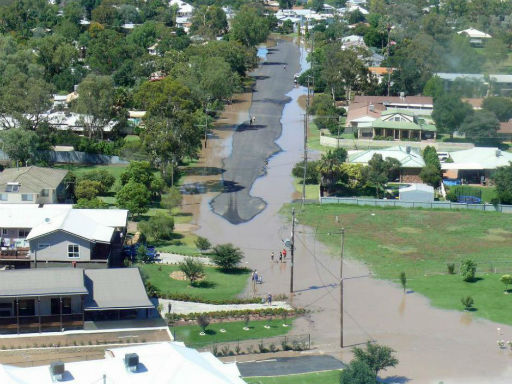 Natural disaster areas have been declared across flood-hit parts of northern New South Wales, as emergency services prepare for more rain. The declarations by the State Government include the Moree Plains Shire, Inverell Shire and Armidale Dumaresq local government areas. Thousands of people have been cut off since heavy rains hit last week.

The State Emergency Service is still watching river levels closely across the region, with more rain forecast in the coming days. Further south the SES region controller for the Namoi River, Kathleen Cain, says they are also preparing for more water. (ABC.net.au)