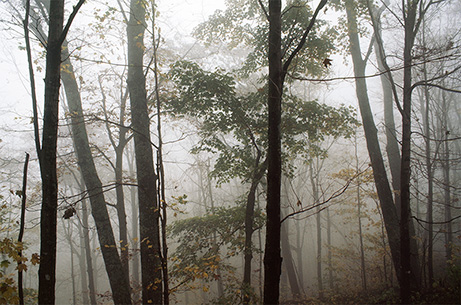 Global warming, insect attack, diseases and fires caused a huge “migration” of trees across much of the West. Many tree species are projected to decline or die out in regions where they have been present for centuries, while others move in and replace them. In an enormous display of survival of the fittest, the forests of the future are taking a new shape.

In a new report, scientists outline the impact that a changing climate will have on which tree species can survive, and where. The study suggests that many species that were once able to survive and thrive are losing their competitive footholds, and opportunistic newcomers will eventually push them out. 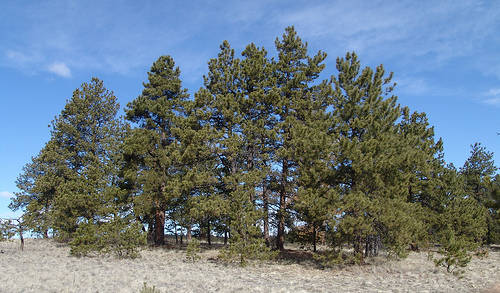 In some cases, once-common species such as lodgepole pine will be replaced by other trees, perhaps a range expansion of ponderosa pine or Douglas-fir. Other areas may shift completely out of forest into grass savannah or sagebrush desert. In central California, researchers concluded that more than half of the species now present would not be expected to persist in the climate conditions of the future.

“Some of these changes are already happening, pretty fast and in some huge areas,” said Richard Waring, professor emeritus at Oregon State University and lead author of the study. “In some cases the mechanism of change is fire or insect attack, in others it’s simply drought. We can’t predict exactly which tree (species) will die or which one will take its place, but we can see the long-term trends and probabilities. The forests of our future are going to look quite different.”

Tree species that are native to a local area or region are there because they can most effectively compete with other species given the specific conditions of temperature, precipitation, drought, cold-tolerance and many other factors that favor one species over another in that location. As those climatic conditions change, species that have been established for centuries or millennia will lose their competitive edge, Waring said, and slowly but surely decline or disappear.

This survey, done with remote sensing of large areas over a four-year period, compared 15 coniferous tree species that are found widely across much of the West in Canada and the United States. The research explored impacts on 34 different “eco-regions” ranging from the Columbia Plateau to the Sierra Nevada, Snake River Plain and Yukon Highlands. 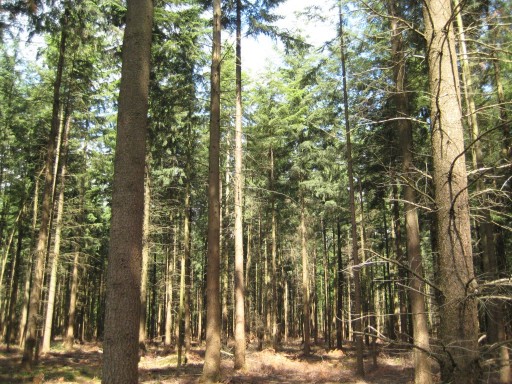 “There’s not a lot we can do to really control these changes. For instance, to keep old trees alive during drought or insect attacks that they are no longer able to deal with, you might have to thin the forest and remove up to half the trees. These are very powerful forces at work”  Richard Waring

One of the best approaches to plan for an uncertain future, the researchers said, is to maintain “connective corridors” as much as possible so that trees can naturally migrate to new areas in a changing future and not be stopped by artificial boundaries.

The work has been supported by NASA, and the study is being published in two professional journals, Ecological Modeling and Remote Sensing of Environment. (TerraDaily)

Plants, including trees, do not truly migrate, rather they disperse their seeds, which given optimal growing conditions, can take root in new locations. This migration is slow and limited by natural variability such as the wind direction or other transport mechanisms such as birds. The question many plant biologists have is whether or not the plants will be able to move as rapidly as the climate changes. 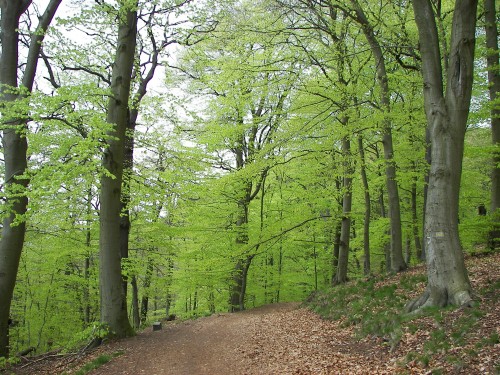 Scandinavian species of Tilia, Picea, Fagus, and Quercus have moved in their distributions in the past 8,000 years. Through fossilized pollen, it was found that Tilia and Quercusspecies moved significantly and directionally northward.

In 2002, it was found that saplings were occurring in elevations previously not seen in Swedish Scandes. Birch saplings were found at elevations between 1370 and 1410 m above sea level. In 1955 no seedlings of this species were found above 1095 m. It was found that the populations of Picea abies had moved 240 m in elevation in the previous 50 years. Increases were also found in other regional tree and shrub species. The plants growing outside of the previous established range also have shown low injury rate, and signs of healthy growth.

In the more recent past, there has been documentation of elevation shifts in distribution of many core forest tree species of Catalonia. The populations of two tree species (European Beech, Fagus sylvatica; and Holm Oak, Quercus ilex) were evaluated in their dynamics over elevations through time. In the past fifty years an increase in temperature of 1.5°C was seen in the tested mountain range. This rise in temperature altered the transpiration rates and is believed to be causing the area to become more arid. European Birch (Betula pendula) has also elevated its range in altitude. The movements of these ranges are strongly linked to climate change, which has allowed for better establishment and success at higher latitudes. (Wikipedia)

Study led by the U.S. Forest Service from 2009 concludes that a few dozen tree species in the eastern U.S. are moving north at an unexpected rate, likely due to global warming.  Eleven of the 15 northern species appear to have shifted more than 20 kilometers (12 miles), on average, from their historic ranges. Among the species headed north are the northern white cedar, American basswood, sugar maple, black ash, bigtooth aspen, and yellow birch.

Another study has found that nearly 59% of eastern U.S. tree species are not adapting to climate change as quickly as predicted and that their geographic ranges are contracting from both the north and south. According to James S. Clark, H.L. Blomquist Professor of Environment at Duke’s Nicholas School of the Environment, the patterns of tree responses are more consistent with range contraction than with northward migration, although there are signs some species are shifting to higher elevations. He said that warm zones have shifted northward by up to 100 kilometers in some parts of the eastern United States, but our results do not inspire confidence that tree populations are tracking those changes and that increases the risk of serious lags in tree migrations.