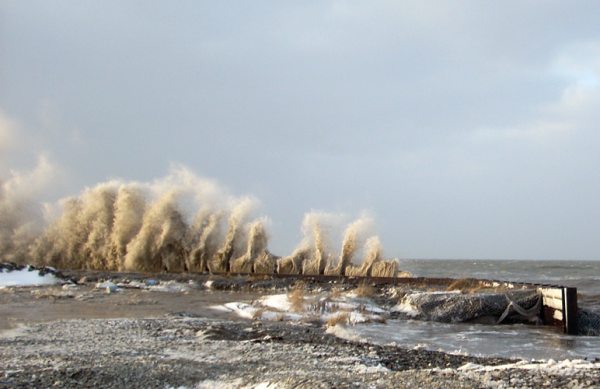 The National Weather Service reported mid-day Thursday that the mega storm over Alaska had mostly dissipated. Coastal flood warnings for much of the region had been canceled by noon, but remained in effect for the Nome and lower Yukon River regions.

Emergency responders called the storm an epic event that displaced residents, flooded the shoreline, ripped up roofs and knocked out power in scores of villages. Communities hard hit include the northwest Alaska villages of Point Hope, built on a large gravel spit, and Kivalina, one of the most eroded communities in the state. The storm battered the ocean-front homes in the tiny village of Shaktoolik, but structures appeared to have been spared. (WeatherCentral) 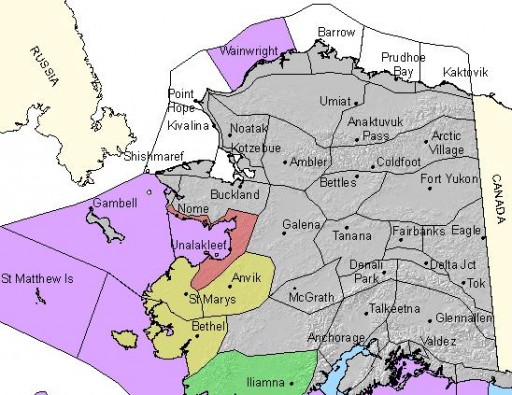 The winds from the current storm push high waves ashore and create widespread coastal flooding and severe erosion of the coastline. Sea levels could rise as much as 3 meters (10 feet) above normal in the Norton Sound and along the Bering Strait coast. Severe flooding and winds are predicted to strike areas already hit hard by coastal erosion.

Major coastal flooding with severe beach erosion is expected along the coast from Cape Krusenstern to Point Hope. This storm will have severe impact on the village of Kivalina, the Weather Service stated on its website. 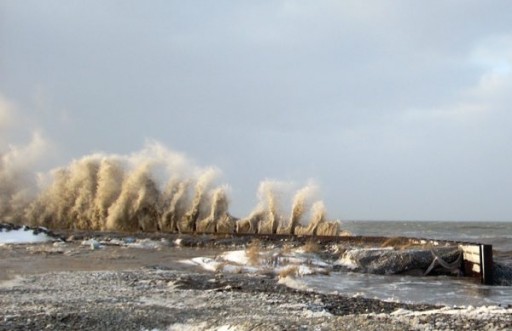 Alaska is feeling more impacts related to climate change than other parts of the country because it's located so far north. One major consequence for Alaska has been increasing damage to coastal villages from the fall storms that typically roll in from the Bering Sea at this time of year. This particular storm is unusually intense for the region, however — the worst, say meteorologists, was one that struck nearly 40 years ago. 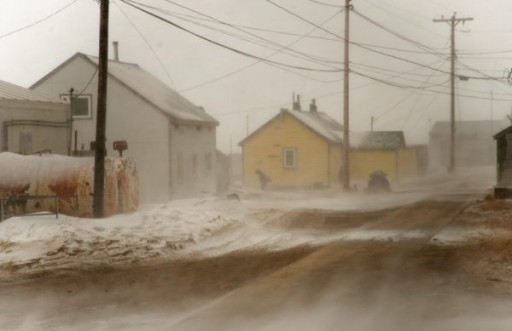 Typically, the presence of sea ice can help dampen the waves and storm surge that come with an event like this, which limits the damage to coastal communities. However, as sea ice has decreased in the spring and taken longer to re-form in the fall, this natural protection has diminished, exposing these villages to increased battering. (ClimatCentral)

The storm is the product of warm air in the Pacific Ocean tapping into the cold air off Siberia, picking up speed in a jet stream near there and then intensifying as it moved into the Bering Sea – a place where storms typically intensify. The weird storm has an unusually long fetch length, which is the length of the wind blowing in a single direction over water. In this case it's about 2,736 km (1,700 miles). The stronger and longer the fetch length, the bigger the waves it will create.

Forecasters in the office say there are usually 5-6 big storms that reach this strength each year. It seems unusual that this storm is so far North and powerful over the Bering, which they refer to as the storm graveyard. The storm track has primarily been over the West Pacific, along and South of the Aleutians and into the Gulf of Alaska since this summer. For this storm, the focus is on the long Southwest fetch and the very large swatch of tropical storm and hurricane force winds.  Dave Snider, a broadcast meteorologist at the National Weather Service in Anchorage

The intensifying storm traversed an area of unusually warm sea surface temperatures in the northwestern Pacific Ocean. This may help explain why the storm is turning from an ordinary Bering Sea disturbance into a "superstorm."

Similar wind speeds have actually started whipping Montana's northern Front Range today. As the storm with its gusty winds and mountain snow slides through more of the Rockies Saturday, dry weather will not return to the Northwest. Instead, a new Pacific storm will deliver more rain and mountain snow.

Snow will continue to accumulate in the mountains, and the Interstate 5 corridor will stay damp, as Pacific storms keep parading into the Northwest through the balance of next week. (AccuWeather)

What's the difference between a hurricane and Alaska's mega storm?

The huge weather system that began to lash Alaska's western coastline with wicked strong winds and high water overnight Tuesday is what meteorologists call an extra tropical cyclone. Though intensely powerful and potentially destructive, it is not a hurricane. It's a cyclone because it's a mass of inward spiraling winds driven by a low pressure system, and it's "extra tropical" because it occurs outside the tropics. Hence the title "extra tropical cyclone."

The fact that the storm is massively wide — spanning nearly 1,700 miles — and is delivering sustained, high speed wind gusts certainly gives it a hurricane-like signature in terms of its impacts, worsened due to the cold temperatures and blizzard like conditions accompanying it. But from a scientist's perspective, it's not too different from the weather patterns that bring routine thunder and snow storms to middle America.

One of the main scientific differences between hurricanes and the current Alaska storm is how the storms feed themselves. The Alaska storm is drawing energy form the jet stream circulating some 15,000 to 20,000 feet above the earth. Hurricanes pull energy from warm ocean water. Unlike a hurricane, which has many bands of spiraling air on all sides, the storm hitting Alaska has one dominant band, recognized as the weather front it's generating.

Often the jet stream flows in branches. But in this case, all of its energy is concentrated into one band. For all of these reasons, the storm that has looked and felt like and even become known as an "Arctic hurricane" in media outlets across the world, technically isn't. (AlaskaDispatch)