An astonishing 25.4 cm (10 inches) of snow per hour was reported at Thompson Pass near Valdez, Alaska on Wednesday, December 6, 2017. This is extraordinary even by Valdez standards, the snowiest town in the United States.

What hit Alaska's North Gulf Coast this week, producing one of the most extreme snowfall rates on record is what meteorologists like to call a "snow AR" or an atmospheric river that is producing snow instead of rain.

What is hitting the North Gulf Coast is what we like to call a "snow AR" or an atmospheric river that is producing snow instead of rain. Over the last 3 days, nearly 6 feet of snow has been recorded at Thompson Pass near Valdez, Alaska. pic.twitter.com/Hoa8XUAMGQ

Snow update from Thompson Pass near Valdez, #Alaska – in the last three days the #NRCS SNOTEL site at Nicks Valley at 4280ft has now picked up 83" of snow over the last 3 days as of 1pm and now totals 126". pic.twitter.com/r7nGO6JBbj

According to a quick analysis by Weather Underground’s weather historian Christopher Burt, Thompson Pass storm ranks among the most intense snowfalls we know of. Burton told John Hopewell of Capital Weather Gang, that on December 2, 1966, 30.48 cm (12 inches) fell in 60 minutes in Copenhagen, N.Y., and on January 26, 1972, Oswego, N.Y., recorded 44.45 cm (17.5 inches) in a two hour period. Both of these records were the result of a lake effect snow.

This week's atmospheric river over Alaska was aided by the North American Winter Dipole, explains Capital Weather Gang's Jason Samenow. This is a 'fancy term to describe abnormally warm conditions in the West and cold conditions in the East.' "Under such a pattern, the jet stream, the super highway for storms that divides cold and warm air, surges north in the western half of the nation, and crashes south in the eastern half," Samenow said.

This excessive snow caused a 6-m-deep (20 feet) and 600-m-long (200 feet) avalanche on a part of Richardson Highway near Valdez, closing the road between milepost 12 and 42.2 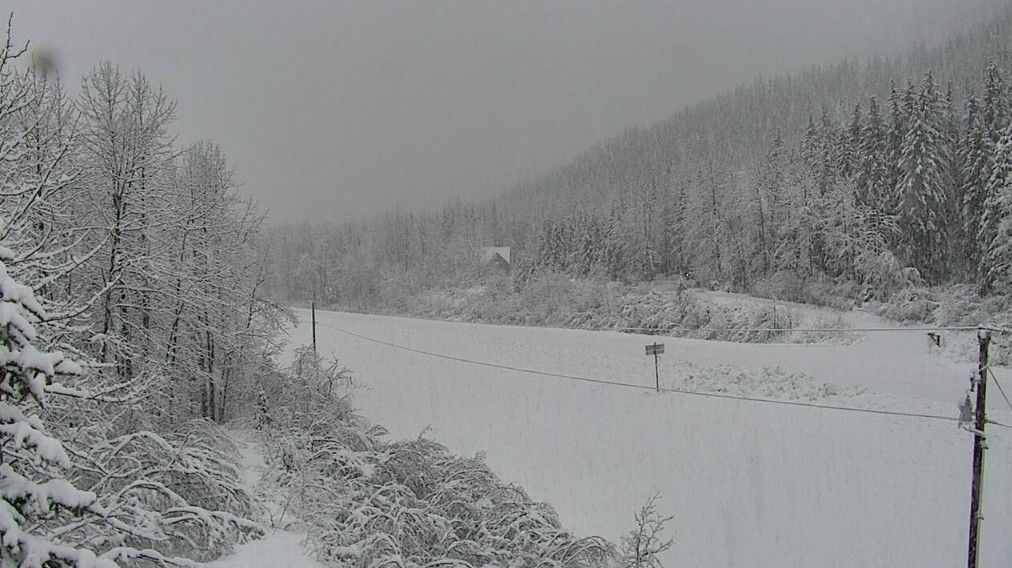 Meadow Bailey, a spokesperson for the Alaska Department of Transportation, said that their crews haven't even been able to enter the zones within the road closure due to safety issued posed by the avalanche.

"It's not safe to have crews enter the avalanche zone, not until the conditions improve. We're looking for snow to stop, for visibility to increase, and hopefully, daylight will help. But it may not happen today, it may not happen tomorrow," Bailey said.