Most of what we know about earthquakes and volcanoes is based on what we can observe at the Earth's surface. However, most of the action – especially early activity that could help with disaster prediction and preparedness – occurs deep underground.

Developing a clearer picture of changes in subsurface conditions, together with continuous monitoring, could provide life-saving information in advance of future disasters. In earthquake-prone Japan, especially, there is an ongoing need for effective means of foreseeing seismic activity.

Japan's National Research Institute for Earth Science and Disaster Prevention (NIED) has developed the Hi-net network of hundreds of high-sensitivity seismographs evenly distributed across the country. High-resolution seismic data from Hi-net shed light on the workings far below the country's surface. A key source of information from Hi-net is the velocity of seismic waves as they travel between stations. Faults, fractures, and fluids in the subsurface, among other factors, can influence seismic velocity. Thus, changes in seismic velocity can signal changes occurring underground but not yet apparent at the surface.

Until recently, little variation in seismic velocity had been detected in central Kyushu, Japan's southernmost major island. However, in April 2016, the MW 7.0 Kumamoto earthquake struck the region, shortly after a MW 6.2 foreshock. These destructive earthquakes were followed by eruptions of Japan's largest active volcano, Mount Aso, in April, May, and October of the same year.

A trio of researchers at Kyushu University and its International Institute for Carbon-Neutral Energy Research (I2CNER) investigated Hi-net seismic velocity data, collected continuously from December 2015 to November 2016, to better understand the subsurface conditions associated with these disasters. They reported their findings in Science Advances. 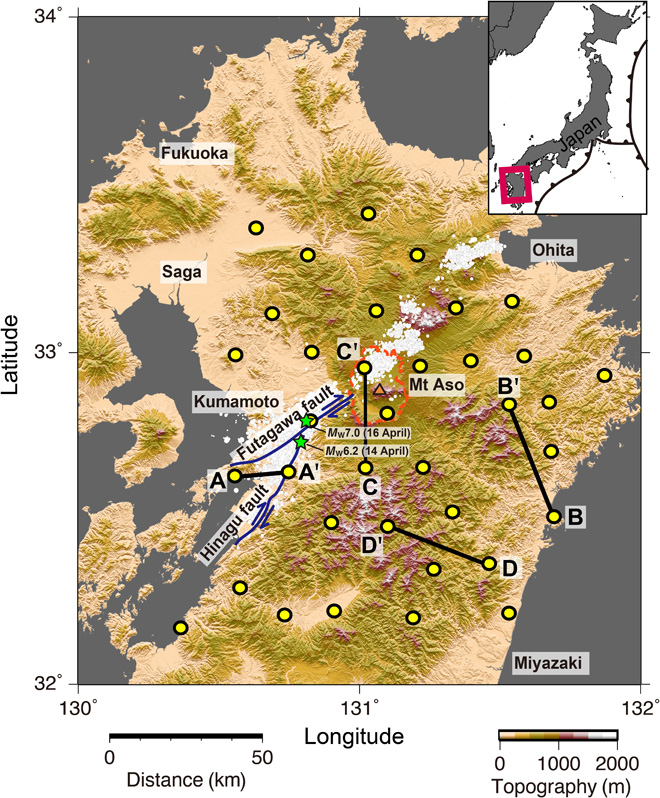 "We applied seismic interferometry to the ambient noise recorded at 36 Hi-net seismic stations," Tatsunori Ikeda explains. "We found that during the earthquake, velocity slowed significantly, which may have been related to damage and pressure changes around the deep rupture fault. This was followed by gradual 'healing' of the fault over the following months, although different areas recovered to different extents." 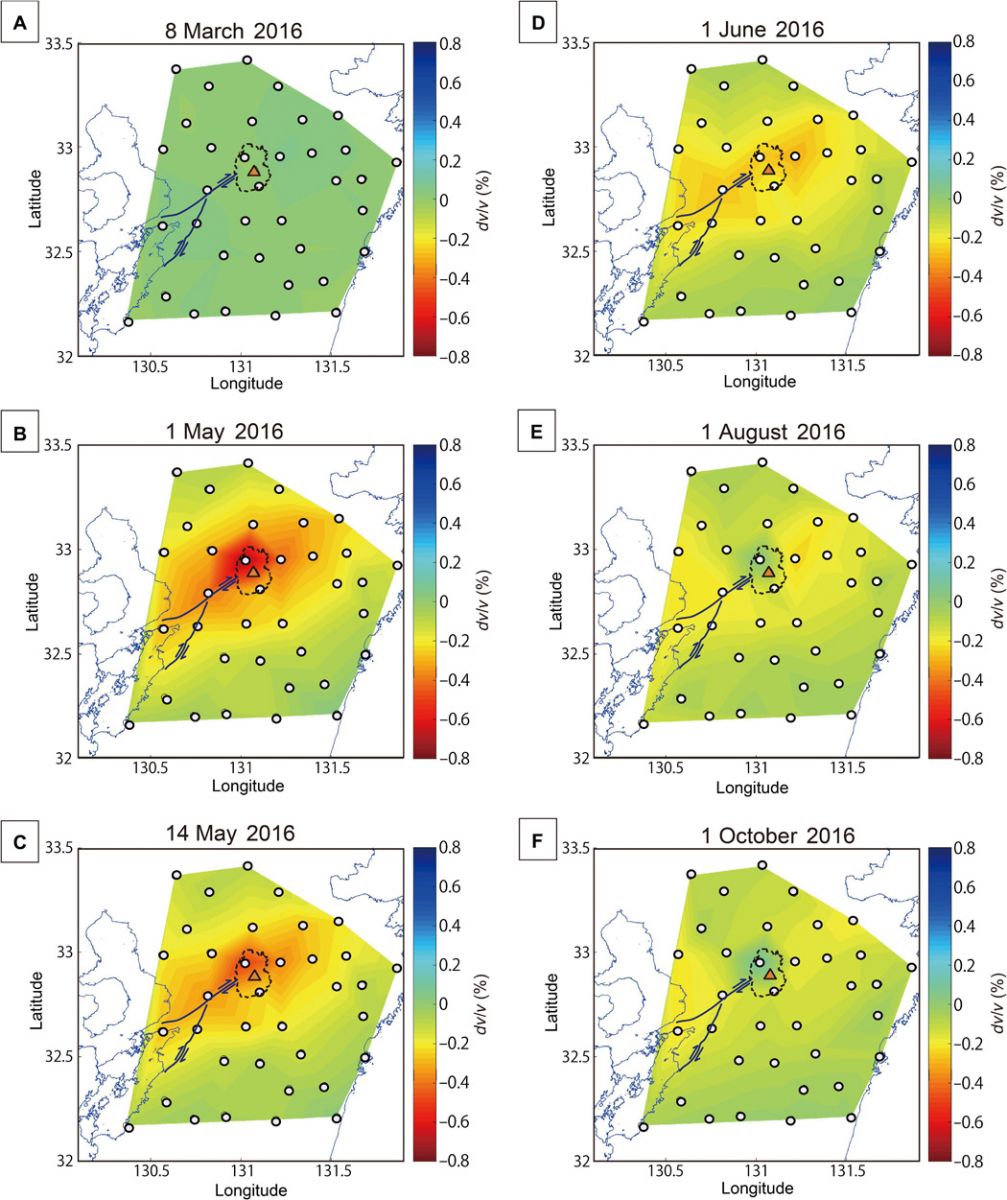 The earthquakes also may have mobilized fluids around Aso's magma body. Velocity below the caldera decreased when the earthquake struck, but recovered relatively rapidly after the eruptions; this may have released pressure.

"Although past studies have used similar approaches for velocity estimation, the higher spatial resolution we achieved over a broad area allowed us to identify the spatial distribution of the damage zone or stress state," the corresponding author Takeshi Tsuji says. "Denser deployment allows local anomalies to be more accurately resolved. Velocity changes thus identified could be useful in the estimation of future earthquakes and volcanic activity."