Scientists have long known earthquakes can cause the Earth to vibrate for extended periods of time. However, in 1998 a research team found the Earth also constantly generates a low-frequency vibrational signal in the absence of earthquakes.

Since then, seismologists have proposed different theories to explain the existence of this continuous vibration, from atmospheric disturbances to ocean waves moving over the sea floor. They’ve also measured the vibration using seismometers on land, but had not yet successfully measured it at the sea floor, which could help scientists better quantify the sources of the vibrations.

Now, using seismic instruments on the bottom of the ocean, researchers have successfully quantified Earth’s vibrational "hum". A new study published in Geophysical Research Letters, a journal of the American Geophysical Union, determined at the ocean bottom the frequencies at which the Earth naturally vibrates, and confirmed the viability of using ocean instruments to study the hum. 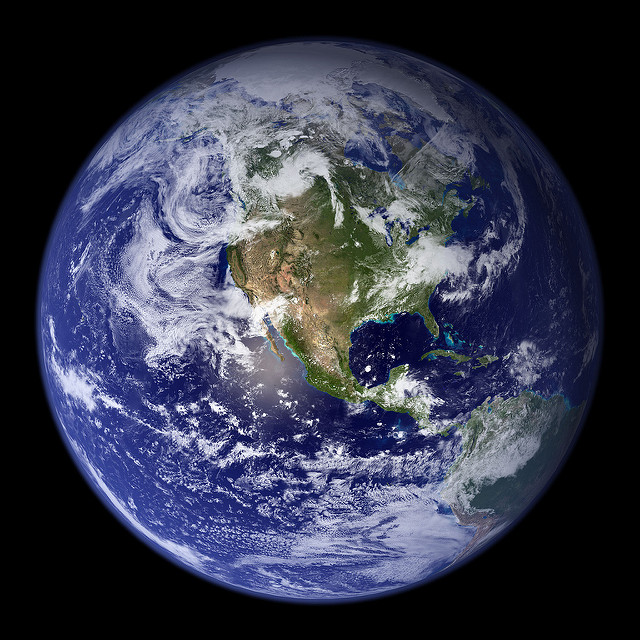 Capturing the hum at the ocean bottom could provide new insights into the source magnitude, according to Martha Deen, a geophysicist at the Paris Institute of Earth Physics in Paris, France and lead author of the new study.

Additionally, the new findings could be used to map the interior of Earth with more detail and accuracy. Including the hum from seismometers on the ocean sea floor can give a better overall picture than using land seismometers alone by increasing data coverage in large uncovered areas, Deen said.

"Earth is constantly in movement, and we wanted to observe these movements because the field could benefit from having more data," she said.

The new research examined Earth’s permanent free oscillations: low-frequency seismic signals that can only be measured with sensitive instruments. The vibration caused by these signals is constantly present in the ground, and is observable in the absence of earthquakes.

A previous study published in Geophysical Research Letters demonstrated the movement of ocean waves over continental shelves is responsible for generating a large portion of the signal, and provided the first quantitative modeling of the hum over one year. Other research has suggested atmospheric turbulence as a source of the signal, but this mechanism can only explain part of the vibration.

Most of the existing research on the hum signal successfully examined it using seismometers located on land, not at the ocean bottom. Gathering accurate data from seismometers beneath the ocean surface was regarded as impractical because ocean waves and seafloor currents generate high amounts of ambient noise. 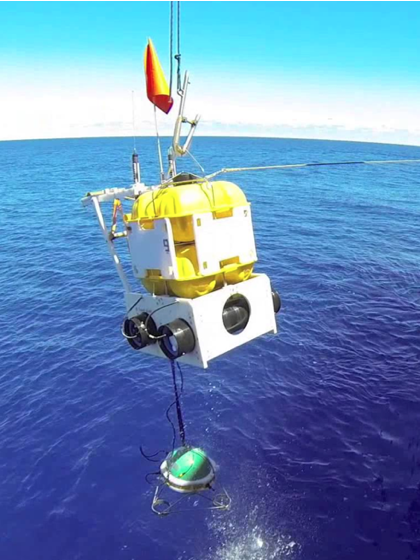 An Ocean-Bottom Seismometer used in the study being put into the water.
Image credit: RHUM-RUM experiment/Meteor Cruise

However, 70 % of the Earth’s surface is covered by water, so being able to measure the hum on the sea floor would enable scientists to analyze the phenomenon using data over the entire globe, Deen said.

In the new study, the researchers first gathered seismic data from 57 seismometer stations located at the bottom of the Indian Ocean east of Madagascar. These stations were deployed from 2012 to 2013 as part of an earlier study published in Eos, which was designed to image volcanic intraplate hot spots.

The authors selected seismic data from the two stations with the highest data quality, and made sure to correct for the signal generated by any earthquakes. They then applied a combination of techniques to remove interference from ocean infragravity waves, currents and electronic glitches, and were able to reduce the noise level to approximately the same level as a quiet land station.

Because Deen and her colleagues were able to account for these sources of interference, the researchers were able to successfully capture the hum using seismometers at the bottom of the ocean.

The study determined Earth’s natural vibration peaks at several frequencies between 2.9 and 4.5 millihertz. These vibrations can’t be heard by people because they are approximately 10 000 times smaller than the lower hearing threshold of the human ear, which is 20 hertz.

The authors also compared the magnitude of their observed hum signal to measurements from a land station in Algeria, and found both signals have a similar amplitude.

Deen and her co-authors believe other researchers can apply their findings to better model the structure of the Earth’s interior. Scientists traditionally examine the interior using seismic waves generated from earthquakes, but this only works at specific times and in areas where quakes commonly occur. Using the hum signal as a source of seismic waves would avoid this problem because the hum is generated continuously in many ocean-continent areas at the planet’s surface.

Combining data from both land and ocean bottom seismometers gives seismologists a more complete picture of the entire hum signal compared to using land stations alone, according to Deen. The increased density of possible data points would improve image resolution and could help scientists better map the Earth’s interior down to 500 km (310 miles), she said.