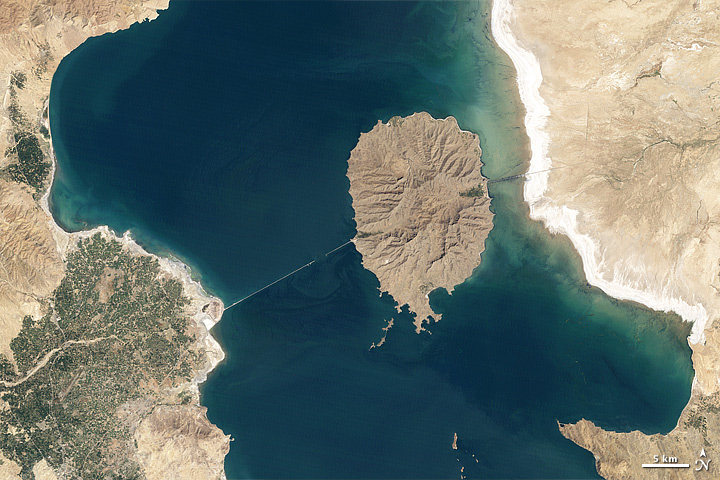 Lake Orumiyeh (also Orumieh or Urmia) in northwestern Iran is one of the world’s largest landlocked salt lakes, but it is rapidly shrinking.

Orumiyeh is fed by roughly 60 rivers and streams—some permanent and some ephemeral—that also deliver salts. Because the lake lacks an outlet, those salts accumulate in the basin. As the region’s arid climate evaporates the water, the salts crystalize along the shore. 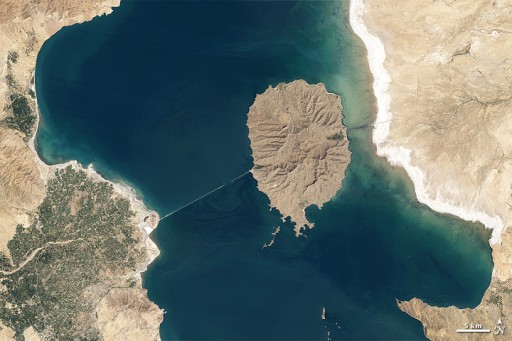 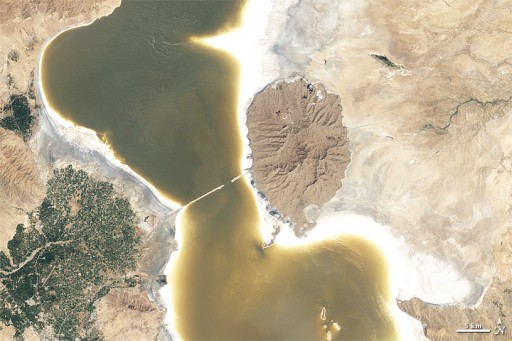 The most obvious difference between the two images above concerns the rocky outcrop near the image center. In 1998, it is an island. In 2011, it is surrounded by dry land. Satellite observations of Orumiyeh’s surface levels show an overall decline of about 4 meters between 1992 and 2011, with an increase in water levels in the mid-1990s. (EarthObservatory)

The cause of Orumiyeh’s depletion has been disputed. The Iranian government blames climate change and drought, while many citizens blame damming of rivers by the government. Protesters expressed concern over the increasing exposure of the lakebed, including the possibility that windblown dust could carry harmful salts to nearby agricultural fields or endanger human health about what we reported in May.

A study published in 2007 concluded that both drought and increased demand for irrigation water contributed to the lake’s falling water levels and rising salinity. The study cited growing populations in the surrounding area and the consequent need for potable water. To assess Orumiyeh’s water levels in the 1990s and 2000s, the study relied on satellite observations from the Thematic Mapper and Enhanced Thematic Mapper Plus sensors on Landsat satellites.

The first alarm over the lake’s shrinking came in late 1990s amid a nagging drought. Nonetheless, the government continued construction of 35 dams on the rivers which feed the lake; 10 more dams are on the drawing boards for the next few years. In the early 2000s, academic research concluded that the lake could face the same destiny as the Aral Sea in Kazakhstan and Uzbekistan, which has been steadily shrinking since rivers that feed it were diverted by Soviet Union irrigation projects in 1960s. 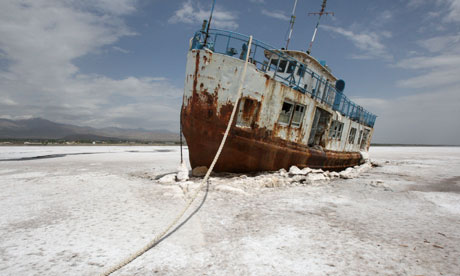 During the last decade  Lake Orumiyeh has shrunk significantly and its depth has fallen by almost 7 meters. Experts believe that the drought that began in 1999, surface flow diversions, groundwater extraction, and the lack of efficient water management are the main reasons. Lake Urmia holds 8 billion cubic metric tons of salt. According to experts, if the lake completely dries up, a vast amount of salt will be released into the region resulting in an ecological, agricultural, and social catastrophe not only in Azerbaijani cities of Iran but also, in neighboring countries such as Turkey, Iraq, Azerbaijan, and Armenia. It will force many people to abandon their villages and towns around the lake and a vast majority of the flora and fauna will be lost permanently.

The construction of a dam on part of the lake and the recent dr0ught has significantly decreased the annual amount of water Orumieh receives. This in turn has increased the salinity of Orumiyeh’s water, causing the lake to lose its significance as home to thousands of migratory birds, such as flamingoes. 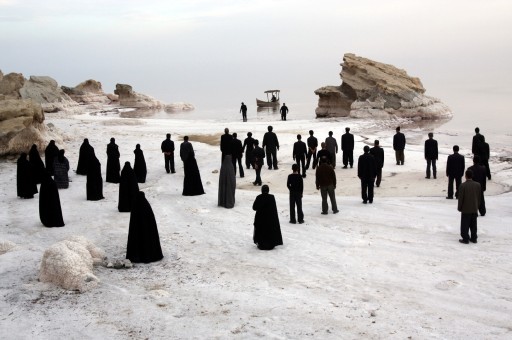 Lake Urmia is a UNESCO Biosphere Reserve and a Ramsar site.