Pevolca has declared closing (until further notice) of the Los Roquillos tunnel because great risk of rockfall and landslides. The tunnel was already closed during the nightly hours, re-opened during the morning and awaiting a final verdict from Pevolca.  The strong 4.4 earthquake from yesterday evening  was probably the main trigger for the difficult decision. The M 4.4 earthquake has triggered a number of landslides / rockfall in the  Sabinosa / Guinea area. People were so frightened in the El Golfo bay area that they stayed on the streets for some time.

Very strong harmonic tremor continues to feed the current eruptive vents. Scientists have explained that  there are probably 3 eruptive vents at this moment.  They also said that the jacuzzi’s got stronger in the beginning of the afternoon. 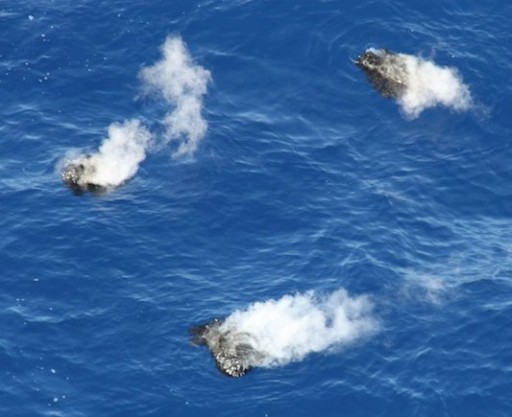 Scientists of IGN who could overfly the area this morning are now convinced that they have  lined up the different eruptive submarine vents.  It looks more and more that Las Calmas sea eruptions are fissure like vents opening up at different places.

3 rather strong earthquake respectively 3.0, 3.5 and 3.9 have struck the El Golfo area to the North West of Frontera. The focal depths were in between 20 and 21 km (as most of the others before). The big difference with prior periods is that we now are having and continuing strong earthquakes and also increased strong harmonic tremor. All this means very strong volcanic action below El Hierro. (EarthquakeReport)

A damaging tornado swept through uptown New Orleans, Louisiana early Wednesday morning (LT), May 12, 2021, as severe thunderstorms rolled over the area. This was the only tornado in the U.S. on May 11, the first to hit New Orleans since July 2019 and the 10th since...

Shallow M6.0 earthquake hits off the coast of Panama

A strong and shallow earthquake registered by the USGS as M6.0 hit off the coast of Panama, Pacific Ocean at 09:42 UTC on May 13, 2021. The agency is reporting a depth of 10 km (6.2 miles). EMSC is reporting the same magnitude and depth. The epicenter was located...