The extent of the Arctic sea ice — has passed a new threshold. German researchers announced on Sept. 8 that the sea-ice cover had shrunk below its record minimum, set in 2007. Elsewhere, researchers said the race remained too close to call.

This is evidence that Arctic ice is continuing to thin and the Arctic is continuing to warm. Unlike the Antarctic, there is no continent atop the northern Arctic, which remains at least somewhat ice covered year-round. This ice cover expands during the winter, hitting its greatest seasonal extent in March, then waning after summer's warmth and hitting its lowest extent in September. 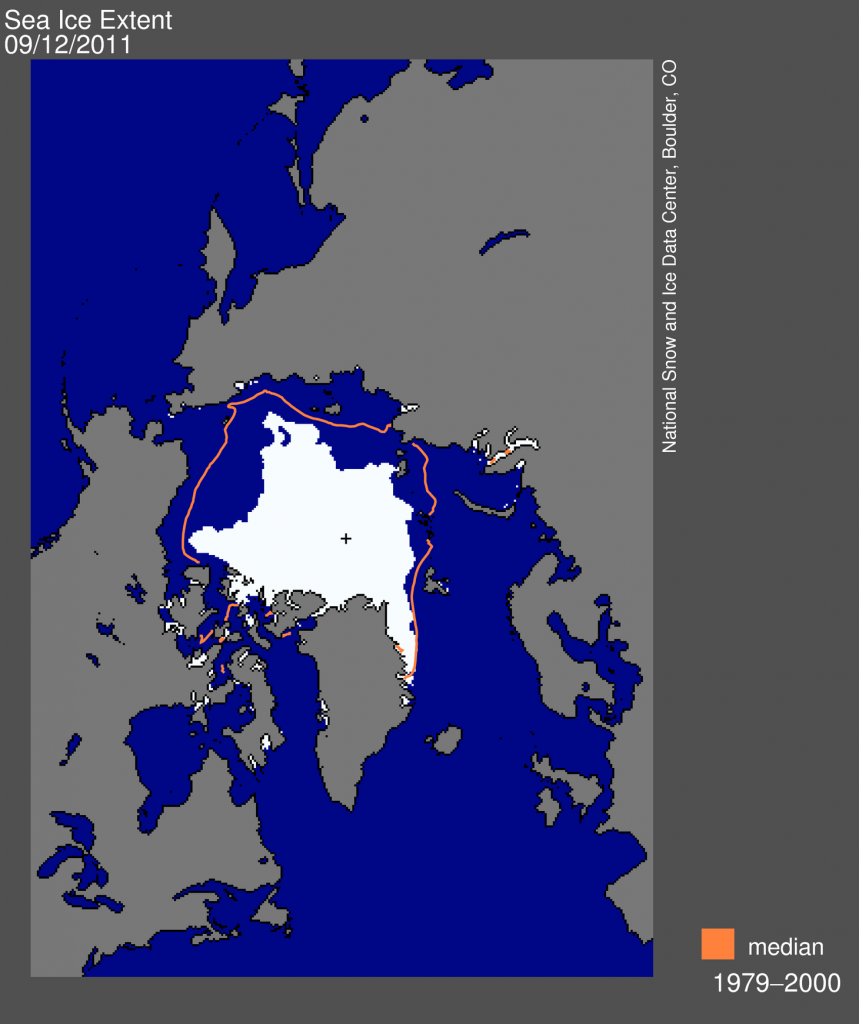 A consistent record of its extent, based on measurements taken from sensors on satellites, began in 1979. Recent years have brought record lows to the September minimum, and the March maximum has declined as well. Scientists blame a combination of natural variation and human-caused climate change.

Sea ice should have ups and downs brought on by natural forces — like the extreme wind and cloud conditions that helped bring ice to a new low in 2007 — but these natural causes should, in theory, balance themselves out over time. However, our emission of greenhouse gases, which keep energy within the Earth's atmosphere, rather than allowing it to escape into space, alters the long-term trend.

"With greenhouse gases we have loaded the dice, what used to be a warm summer that would happen only once is now becoming normal, an average summer. And we are seeing that what used to be a cold summer doesn’t really happen anymore," he said.

Although data on it are difficult to collect, scientists believe that the thickness of Arctic ice is an important indicator of melt. It appears older, thicker ice is disappearing, leaving thinner ice that is more susceptible to melt, according to Meier. The older, thicker ice cover has continued to decrease since 2007.

The implications are numerous. Receding sea-ice cover can disrupt indigenous people's way of life and threaten animals like polar bears and walruses. The loss of the "refrigerator" on top of the world can alter weather patterns elsewhere in the world. And once ice is lost it becomes more difficult to replace because light can then reach the ocean, which absorbs it and warms. 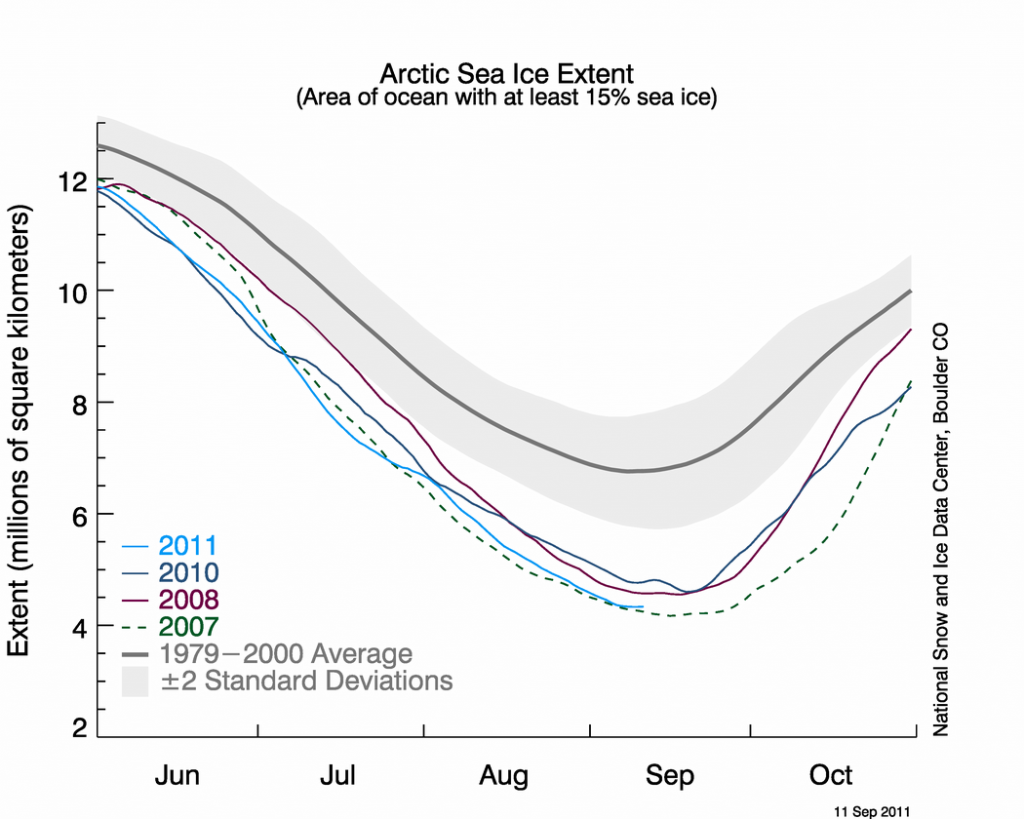 Both the NSIDC and the researchers from the University of Bremen in Germany use data collected by sensors on satellites that pick up on microwave radiation emanating from the Earth; however, the Bremen group uses a sensor that can detect ice cover at a higher resolution.Univera

While NSIDC sensors can look at ice cover in areas of about 15.6 miles (25 kilometers) across, the sensor used by researchers at Bremen can see areas about 3.9 miles (6.25 km) across, and this allows them to draw a more detailed map that takes into account holes in the ice and ragged edges.

In some ways it makes it more accurate, because they can see these relatively small holes in the ice, but they are also more susceptible to melting and storm effects" — meaning Bremen's sensor data can be altered by melting snow or water on top of ice or by storms. None of them are perfect (but) we all show the broader picture very clearly.

NSIDC's continuous measurements go back to 1979, longer than the data collected from sensors the German group is using. When determining if a record has been set, it is important to use the longest-running, validated records. (OAP/NSIDC)