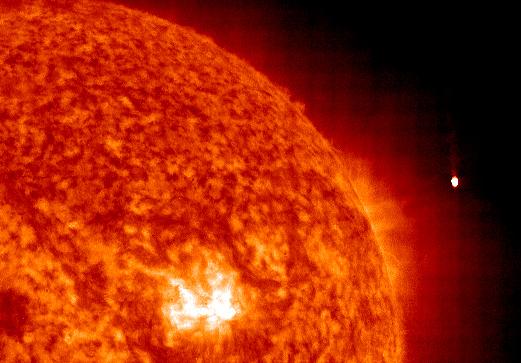 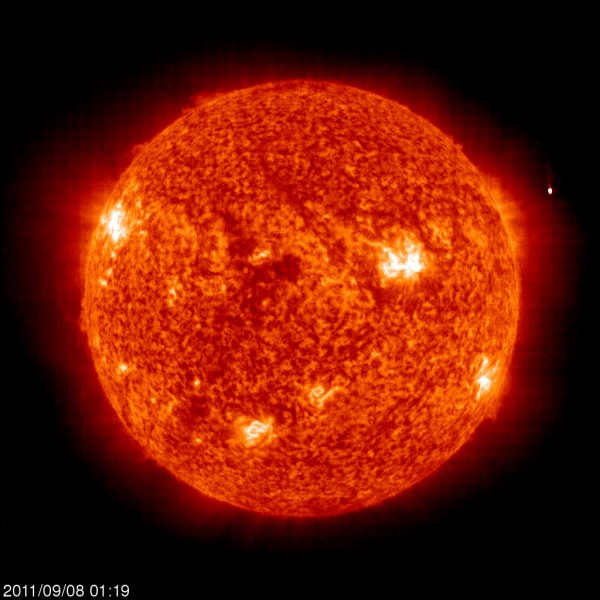 C2 images show the inner solar corona up to 8.4 million kilometers (5.25 million miles) away from the Sun.

C3 images have a larger field of view: They encompass 32 diameters of the Sun. To put this in perspective, the diameter of the images is 45 million kilometers (about 30 million miles) at the distance of the Sun, or half of the diameter of the orbit of Mercury. Many bright stars can be seen behind the Sun. 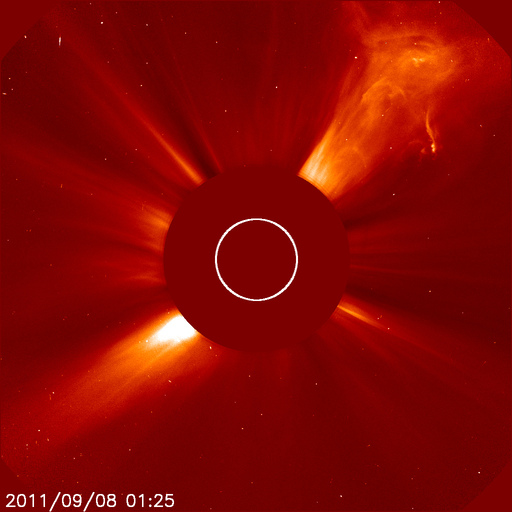 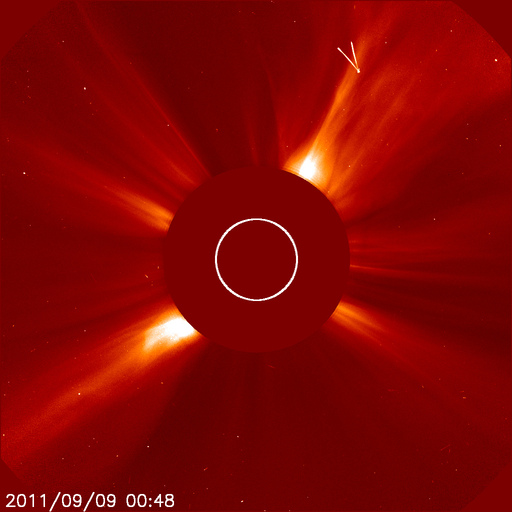 If you visit SOHO website and check the image frames (they are updated every 12minutes) you will see that there are some frames missing. There is frame recorded at 00:48 and then next one is recorded at 01:25 (1 minute delay) , so there is 8 images missing. Where are those images, why are they not shown. 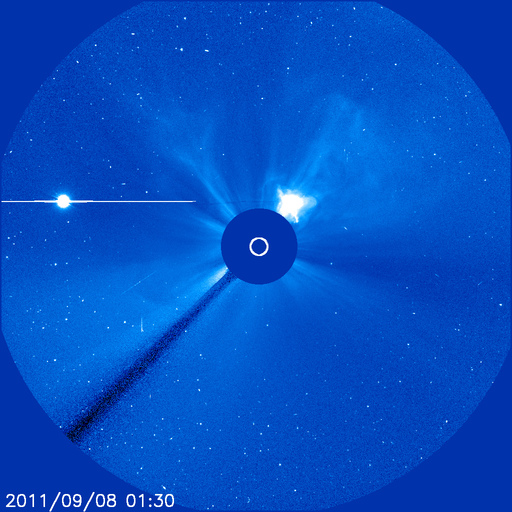 Elenin is still 26 degrees left of the sun, no way that was Elenin. Comet Soho P/1999 R1 rounded the Sun on the 9th close enough to be on C2, moving to the left.

Mercury was at its greatest elongation, 18° west of the Sun on September 3. After that, the planet will move back towards the Sun until on September 29 Mercury is at superior conjunction. The planet, if it could be seen, would then appear to be just over 1° from the Sun. In reality it will be 59 million km beyond the Sun, and 209 million km ( 1.40 AU) from the Earth.

Being the other side of the Sun, Mercury will be fully lit, at magnitude -1.6. Thus it would be a bright object if seen in the dark sky. The Sun, though, is at magnitude -26.7, that is 25 magnitudes brighter. This means the Sun appears 10 billion times brighter than the planet. Of course the Sun is also much larger. Its apparent diameter will be almost 400 times that of Mercury, the surface area nearly 160000 times as large.

Being closest to the Sun, Mercury changes location and appearance quickly. Through a telescope early in the month it appears as crescent shape about 1/3rd lit. Two weeks later it appears close to 90% lit and has shrunk somewhat in diameter. Mercury appears white in color.