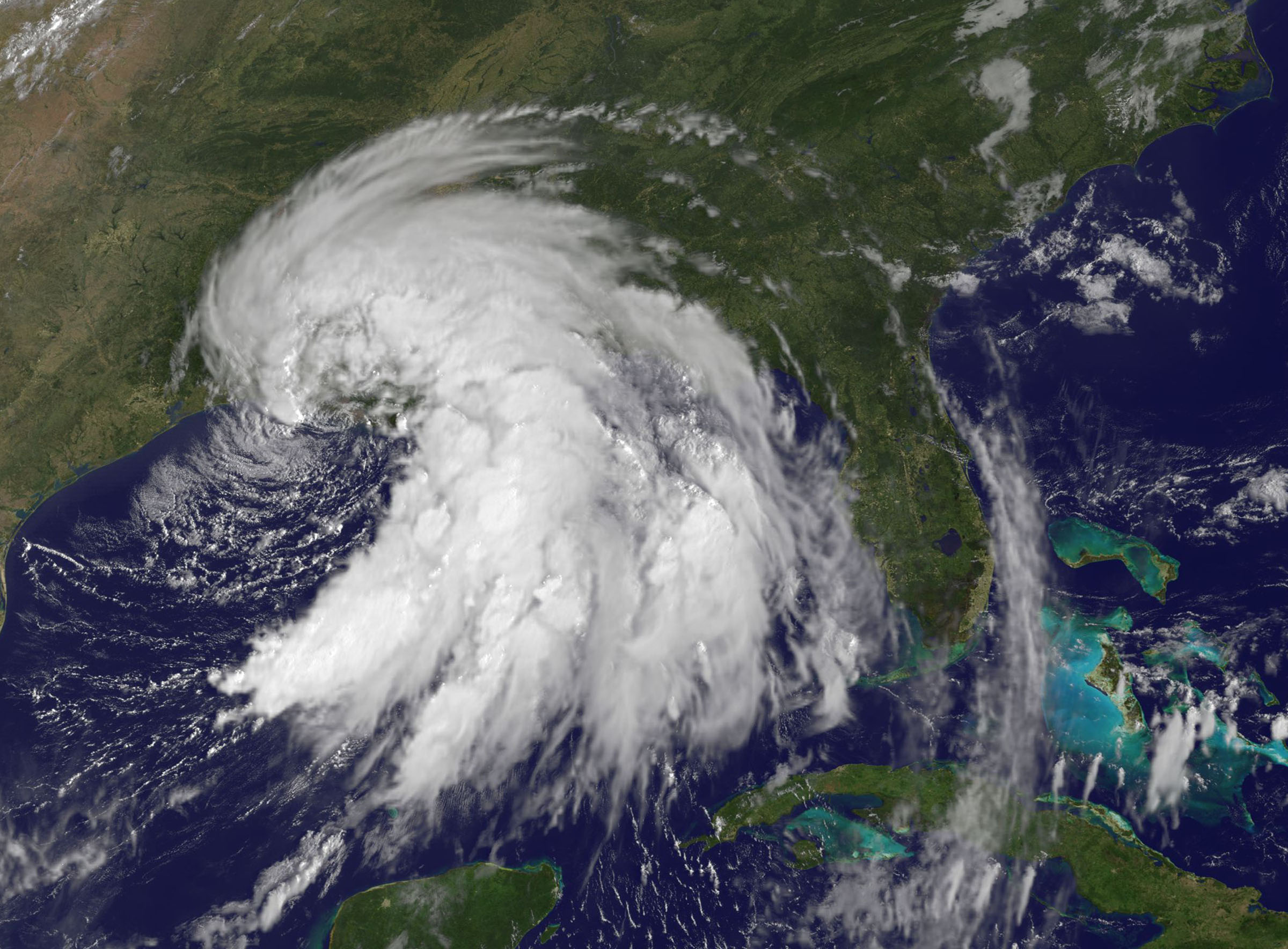 Flooding isn’t the only threat Tropical Rainstorm Lee brings to the Southeast. Tornadoes have been touching down from Mississippi to Alabama, Georgia and Florida, and more are likely to be spawned across the Southeast through Tuesday.

The area at greatest risk today stretches from central and southern Alabama into northern and central parts of Georgia. Cities within this zone include:

While this zone runs the highest risk today, a few tornadoes could also touch down across a larger area spanning eastern MIssissippi into northern Florida and the Carolinas through tonight.

People at risk need to be ready to seek safe shelter immediately if a tornado warning is issued. Remember, mobile homes are not safe in the event of a tornado. If you live in a mobile home, make arrangements to seek shelter in the most interior room on the lowest level of a sturdy building. Remember also that the tornado threat will continue after dark. Tornadoes that touch down at night are especially dangerous as they are difficult, if not nearly impossible, to see, and they strike when people are sleeping.

Tornadoes could threaten areas from eastern Georgia into the central Carolinas Tuesday as well. (AccuWeather)

Why do tropical systems spawn tornadoes?

The National Weather Service issued a series of tornado warnings for the area between 2:30 and 6 p.m., based on funnel cloud sightings and radar indications. High winds ripped the siding from homes and scattered strands of pink insulation around neighborhoods, while falling trees split others apart.

Lee hit southwestern Louisiana on Sunday and has drenched the Southeast as it moves inland. One flooding death was reported in rural northeast Mississippi, while authorities were still searching for a teenager they said was swept off a beach on the Alabama coast. 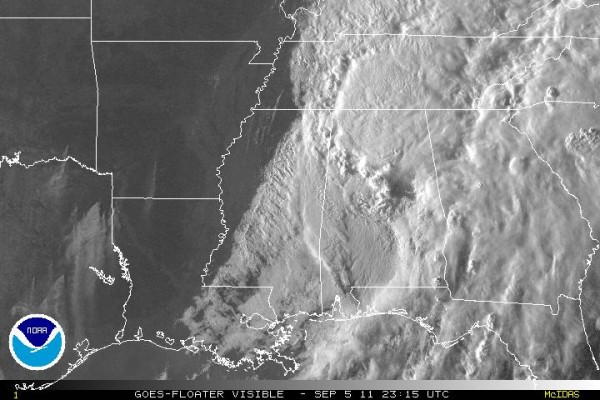 The storm weakened to a tropical depression after hitting land, but was projected to dump up to 20 inches of rain on some areas as it moves northeast, the National Hurricane Center said.

Lee is expected to dump considerable rain in the East — including New Jersey, New York and Vermont, where grounds are drenched and rivers are already full after Irene. The hurricane center noted Sunday night that “flooding rains (are) expected to spread from the Gulf Coast to the Appalachians.” (CNN)

Thousands of acres of land on fire, 300 homes destroyed. Wildfires are whipping across Texas, and the weather makes it impossible for firefighters to catch up. Before Lee, an extremely dangerous wildfire situation existed in Texas. The long string of 100-degree days, coupled with the drought, made perfect conditions for fires to spread.

Now, rather than bringing much-needed rain to Texas, Tropical Storm Lee just made it worse. The winds on the back side of Lee are fanning the fires. Lee is ushering in cooler air to Texas to end the summer’s relentless heat. Unfortunately, it’s kicking up these gusty winds.

Monday, Texas will have gusts of wind up to 35 mph and sustained winds of 12-25 mph. To add to the problem, the air’s low humidity makes it easier for fires to grow. Tuesday will be a better day for firefighters. The air will remain cooler, but Lee won’t push wind toward Texas. (AccuWeather) 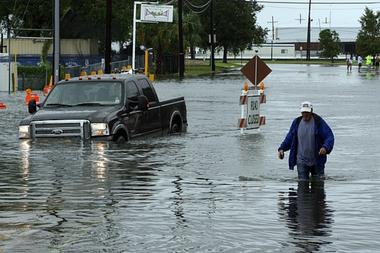 For as long as people have been taking weather measurements in Texas, there has never been a summer hotter than the summer of 2011. As wunderground’s weather historian Christopher C. Burt documents in his latest blog post, seventeen major cities in Texas recorded their hottest summer on record in 2011. Most of these stations had records extending back more than 100 years, and several of the records were smashed by an amazing 3.4°F–at Lubbock and at Wichita Falls. Neighboring states also experienced unprecedented heat, with Oklahoma recording America’s hottest month by any state in recorded history during July, and Shreveport, Louisiana breaking its record for hottest month by 3°F in August. Mr. Burt commented to me: ” I do not believe I have ever seen a site with a long period of record, like Shreveport, where records go back to 1874, break its warmest single month on record by an astonishing 3°. This is unheard of. Usually when a site breaks its single month temperature record, we are talking about tenths of a degree, rarely a whole degree, let alone 3 degrees! Hard to believe, frankly.” Texas has also had its worst fire season on record, with over 3.5 million acres burned this year, and it’s driest 1-year period in recorded history.

Tropical Storm Lee has been absorbed by a cold front, and is no longer a tropical depression. However, the remnants of Lee are bringing torrential rains to the South and Appalachians today, and pose a serious flood threat. NOAA’s latestQuantitative Precipitation Forecast warns that “an excessive and life-threatening rainfall event will be unfolding today and tonight across the Tennessee Valley and also the Southern Appalachians.” A wide region of 4 – 8 inches of rain is expected along the path of Lee’s remnants as they slide northeastwards along the front. These rains will likely accumulate later this week to 2 – 3 inches over New England regions devastated by Hurricane Irene’s floods. Also of concern is the potential for tornadoes today. NOAA’s Storm Prediction Center has logged 22 tornado reports so far from Lee, and today promises to be the most serious day for tornadoes yet, with SPC predicting a “Moderate Risk” of tornadoes across the South.