Scientists detected an underground river beneath the mighty Amazon River, flowing miles below the surface, after they analyzed data from 241 wells that Brazilian oil company Petrobras drilled in the Amazon region in the 1970s and 1980s. The river was unofficially named the Hamza by scientists at Brazil's National Observatory in honor of their colleague, geophysicist Valiya Hamza. Using mathematical models relating temperature differences to water movement, the scientists inferred that water must be moving downwards through the ground around the holes, and then flowing horizontally at a depth of several km.

The Hamza River  is, or seems to be, a slowly flowing aquifer in Brazil, approximately 6,000 kilometres (3,700 mi) long.  Thermal signatures of groundwater suggest that the Hamza flows west to east just like the Amazon, except at a depth of about 13,000 feet (4,000 meters) below the Earth's surface. Computer simulations suggest that at a higher depth of about 2,000 feet (600 meters), the river actually flows vertically. 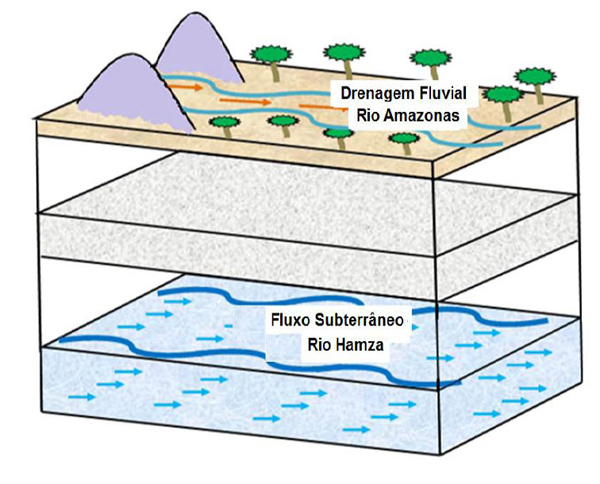 Indications of an Underground "River" beneath the Amazon River: Infernces from Results of Geothermal Studies (pdf) 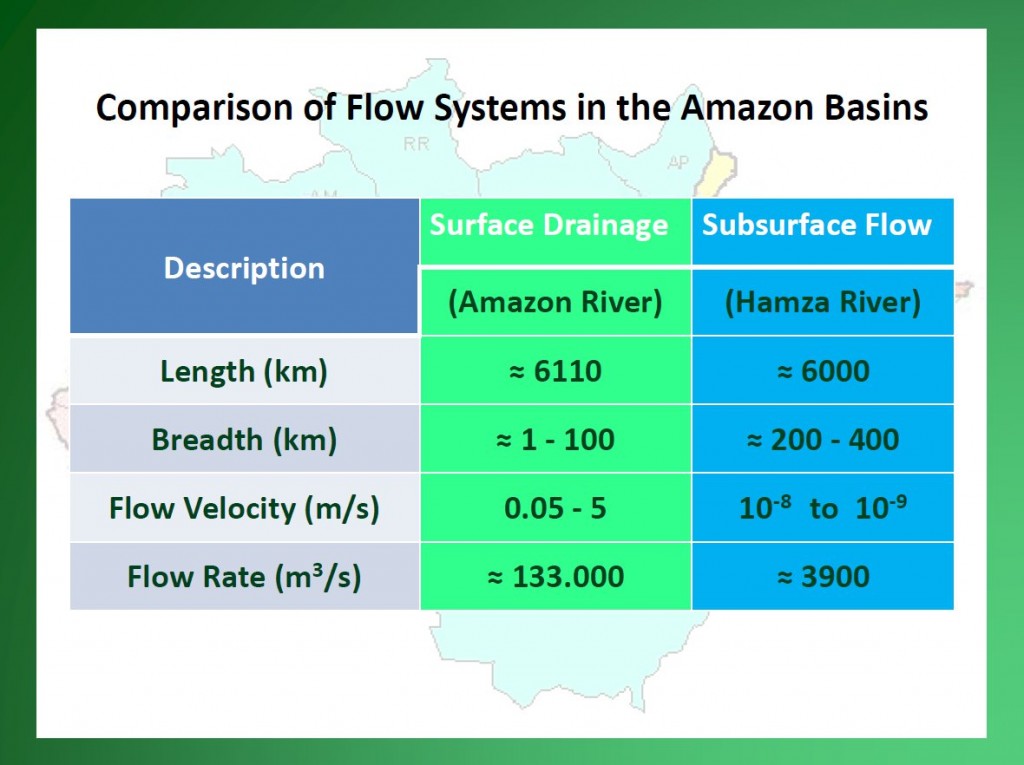 Altogether, these findings reveal "there are three kinds of 'river systems' in the Amazon region." In addition to the well-known Amazon River and its tributaries, there are "atmospheric rivers" where large amounts of water vapor flow through the local air and now this underground river system. Knowing about these three flows helps scientists better understand the total amount of water available in the Amazon region, which is a critical factor for investigating life there. (OAP) 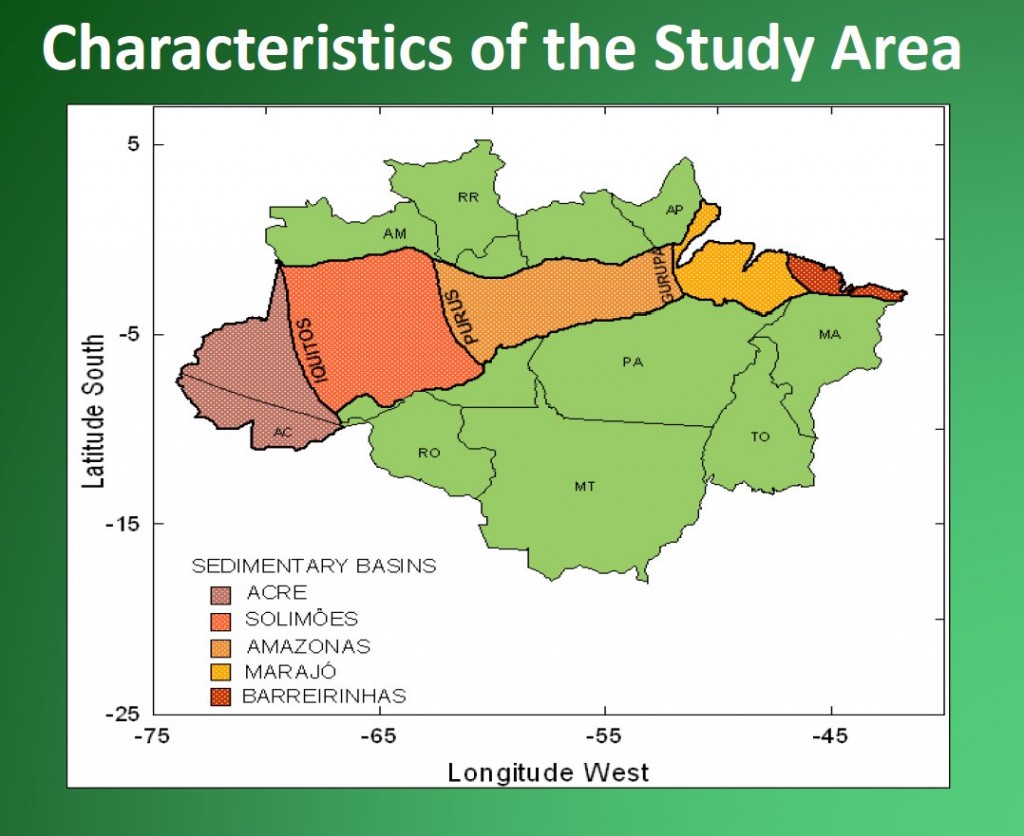 The Hamza and the Amazon are the two main drainage systems for the Amazon Basin, although the Hamza only has a flow rate 3% the size of the Amazon - about 3,000 cubic metres (110,000 cu ft) per second.It runs west to east, some 4,000 metres (13,000 ft) below the Earth's surface, and follows roughly the path of the Amazon river. The Hamza empties in the Atlantic Ocean, deep under the surface, and may be responsible for the low salinity around the mouth of the Amazon River. Its own water has a high salt content.

Hamza and Elizabeth Tavares Pimentel detailed their findings Aug. 17 at the International Congress of the Brazilian Society of Geophysics in Rio de Janeiro.