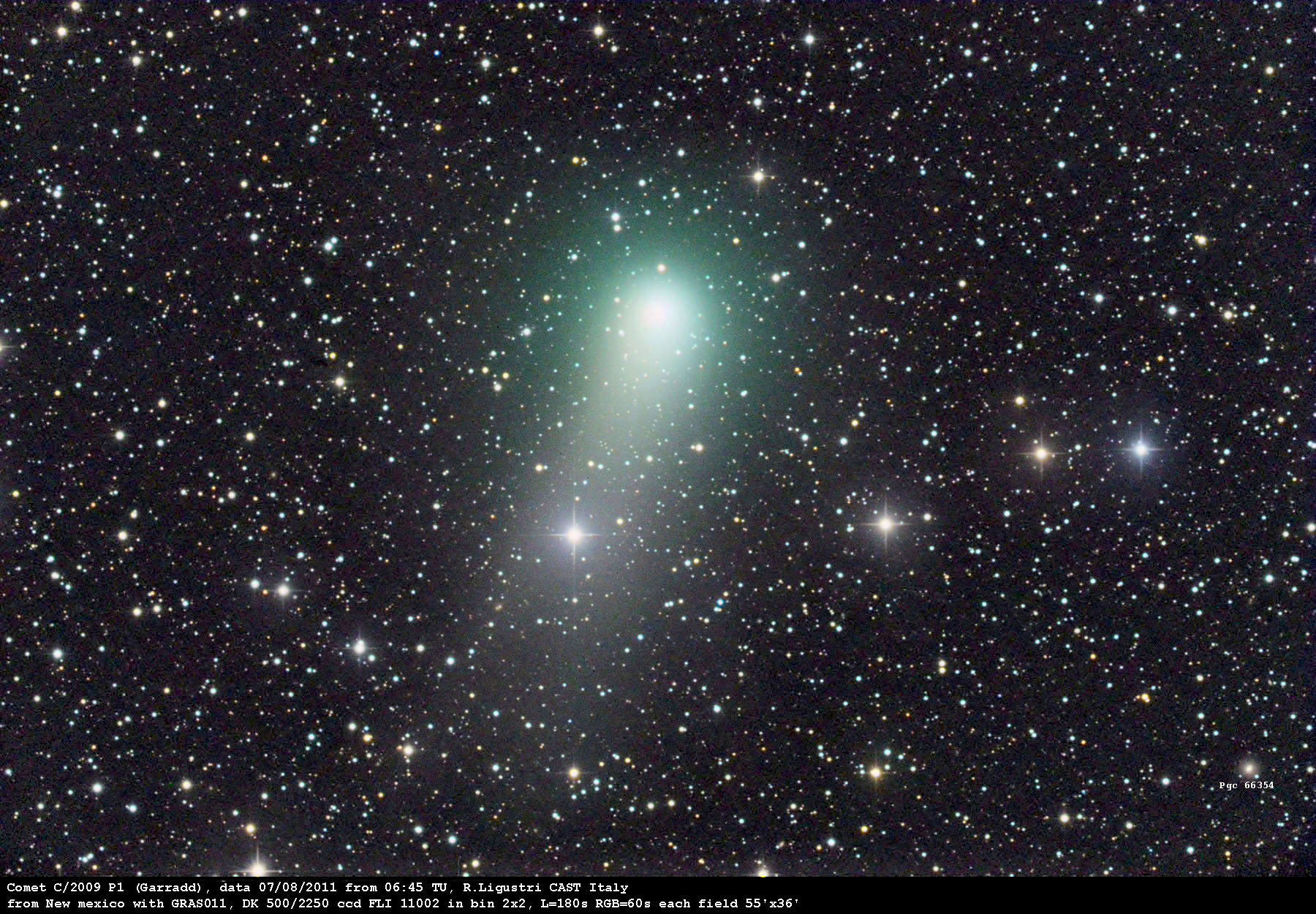 The comet, with the nomenclature C/2009 P1, is now coming into small telescope/binocular view so here’s your chance to see the brightest comet in the current night sky. You can find it in the late evening sky in the constellation Pegasus. Viewing it now, Garradd is just coming out the “fuzzball” stage, and its tail is just coming into view. Some say it’s much better looking than comet Elenin, that has been needlessly grabbing some headlines. Comet Garradd was discovered two years ago by Gordon Garradd from the Siding Spring Observatory in Australia, and is currently visible through a small telescope at about magnitude nine. 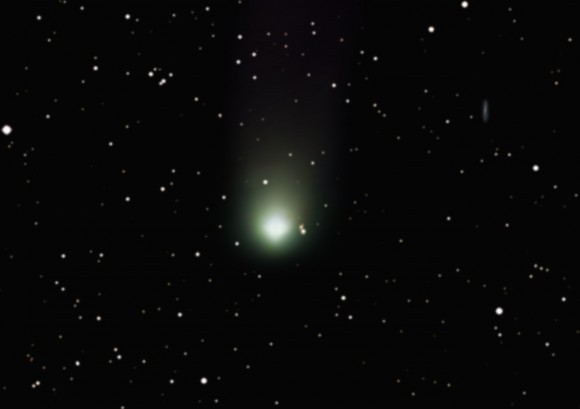 Throughout the next couple of months, Comet Garradd will get higher and brighter and cut through the Summer Triangle north of Altair. By September, it will drop lower in the west but remain visible in the evening sky until year’s end for observers at mid-northern latitudes. Comet Garradd will peak in brightness late next February at around 6th magnitude, so it could be visible with the naked eye if you have really dark skies. Closest approach to Earth happens next March 5, when Garradd will be 117.7 million miles away. At that time, the comet will be seen flying though the Little Dipper.

Other comets are also currently falling towards the Sun and brightening as they get closer include C/2010 X1 (Elenin), expected to peak near magnitude six in early September, 45P/Honda-Mrkos-Pajdusakova expected to peak brighten past magnitude eight in mid-August, and C/2011 L4 (PANSTARRS) which may become visible to the unaided eye during the early months of 2013. (UniverseToday) 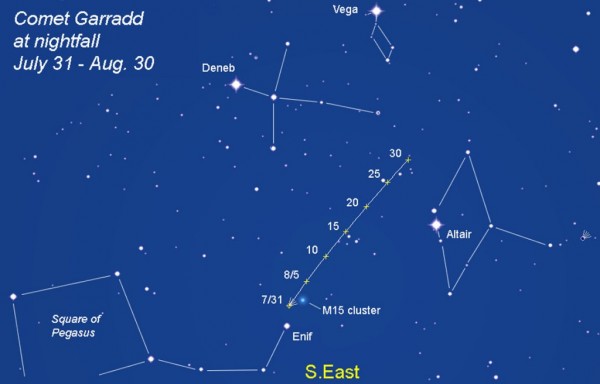 G. J. Garradd (Siding Spring Observatory, Australia) discovered this comet on four images obtained between 2009 August 13.77 and August 13.81. He was using the 0.5-m Uppsala Schmidt telescope and a CCD camera. The magnitude was given as 17.5-17.7 and the coma was described as circular and 15″ across. The first confirmation was obtained by W. Robledo (El Condor Observatory, Cordoba) on August 14.17. (Cometography) 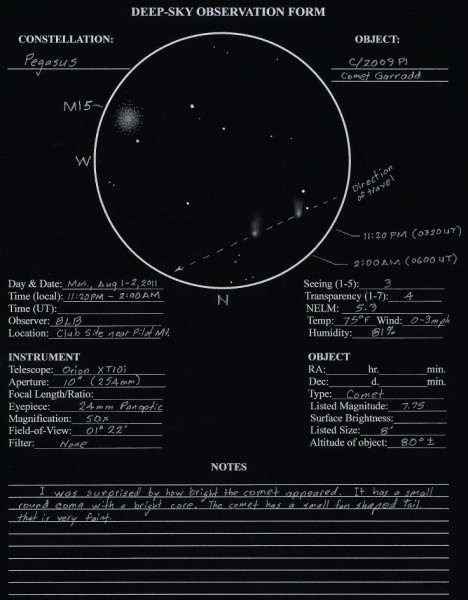 Interestingly, the comet will also make very close (<30’) passes of the bright stars Gamma Delphini (August 14th) and Zeta Sagittae (August 28th) as it heads towards a perihelion of 1.6 A.U. on December 23rd. August 26th also finds comet Garraddtransiting the globular cluster M71 in the constellation Sagitta, and pairing with the Coat-Hangar asterism on September 2nd. We’ve been tracking comet Garradd, and it is currently an easy +8 magnitude binocular object high in the early morning sky, just southwest of the zenith in Pegasus.  Expect it to reach magnitude +6 Through March 2012 as it too goes circumpolar for northern viewers reaching a declination of +70.7 degrees on March 11th, shortly after passing within 1.27 AU of the Earth on March 5th 2012. (AstroGuyz)