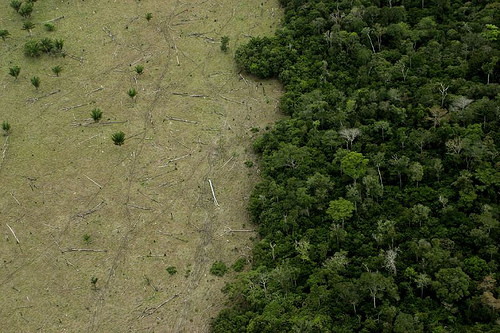 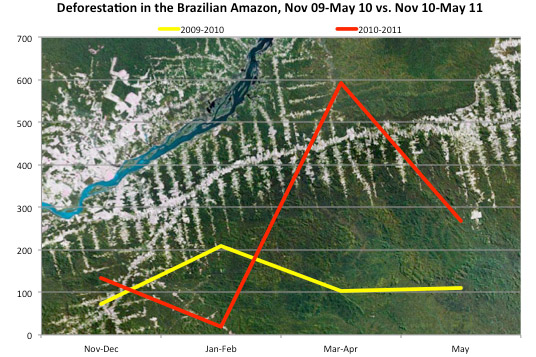 At the 2009 UN climate change summit in Copenhagen, Brazil committed itself to reducing Amazon deforestation by 80 percent by 2020. Brazil, the world’s fifth largest country by area, has 5.3 million square kilometers of jungle and forests – mostly in the Amazon river basin – of which only 1.7 million are under state protection. The rest is in private hands, or its ownership is undefined. 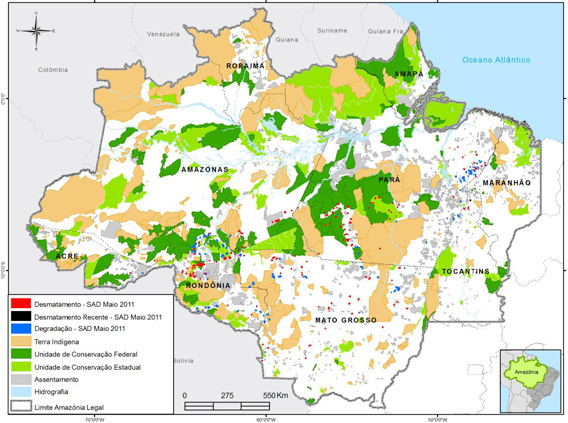 However, the system can only monitor areas of 25 hectares (60 acres) or more, so its results are not considered definitive. (TerraDaily)

Today deforestation in the Amazon is the result of several activities, the foremost of which include: 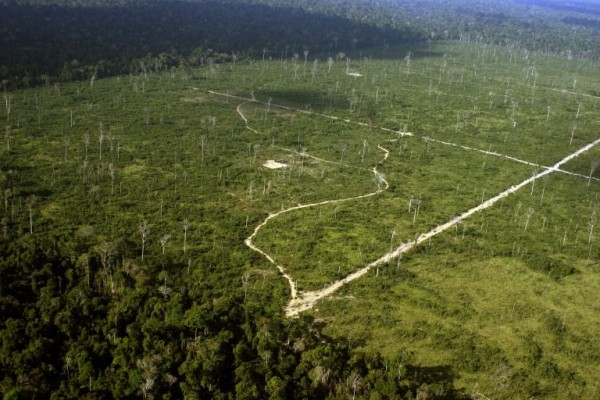 Historically, hydroelectric projects have flooded vast areas of Amazon rainforest. The Balbina dam flooded some 2,400 square kilometers (920 square miles) of rainforest when it was completed. Phillip Fearnside, a leading expert on the Amazon, calculated that in the first three years of its existence, the Balbina Reservoir emitted 23,750,000 tons of carbon dioxide and 140,000 tons of methane, both potent greenhouse gases which contribute to global climate change.

Mining has impacted some parts of the Amazon Basin. During the 1980s, over 100,000 prospectors invaded the state of Para when a large gold deposit was discovered, while wildcat miners are still active in the state of Roraima near the Venezuelan border. Typically, miners clear forest for building material, fuelwood collection, and subsistence agriculture.

What can de done to save the Amazon rainforest in Brazil?