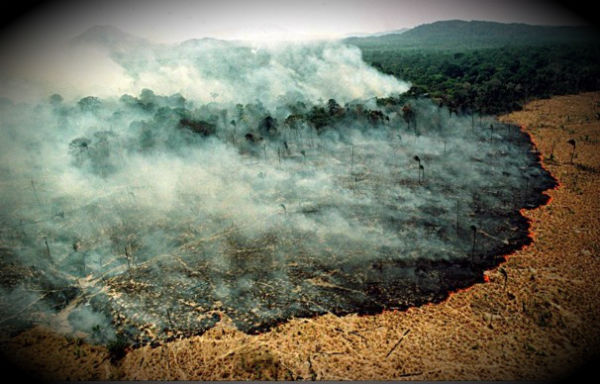 Human land use activity has begun to change the regional water and energy cycles – the interplay of air coming in from the Atlantic Ocean, water transpiration by the forest, and solar radiation – of parts of the Amazon basin. In addition, it shows that ongoing interactions between deforestation, fire, and climate change have the potential to alter carbon storage, rainfall patterns and river discharge on an even larger basin-wide scale. An international consortium of scientists wrote a review of the state of the science on the world’s largest rainforest – Amazon basin with accent on flux caused by agricultural expansion and climate change. They point that humans have become important agents of disturbance in Amazon basin. Areas where humans have been clearing the trees show longer growing dry season as water discharge from Amazon river tributaries. And common fires and severe droughts are killing remainig trees.

According to latest network of measurements, the trees are also growing fast—even faster than expected for a “mature” rainforest. The exact causes of this accelerated growth still  remains unknown. More than five million square kilometers of Amazon’s trees are now sucking in and capturing some 400 million metric tons of carbon per year. Scientists measured a particular stand of mature forest accumulating carbon but it is difficult to say whether that might be due to recovery from some unrecognized disturbance long ago or whether it is due to more recent changes in climate and CO2. Increasing levels of CO2 in the atmosphere (now about 400 parts per million) may be fertilizing the rainforest and preventing even greater impacts from reduced rainfall, although this question,  may be one of the largest unknowns for the future of the Amazon forests. Recovery from the potential wide-scale disturbance by pre-Columbian human societies now beginning to be uncovered.

When trees release moist air that then falls back as rain to nourish other trees  and on that way the Amazon produces roughly a third of its own precipitation. The rest comes from the Atlantic Ocean. But the air above cleared land warms faster and therefore rises more quickly, drawing the moist air from surrounding forested areas away. So, the conjunction of cleared and forested lands actually creates a vegetation breeze which tends to blow rainfall away from the forest and over the surrounding pastures instead. It also weakens the continental-scale low-pressure system that draws rainfall over the Amazon. So we could say that the forest clearing has already started decreasing forest rainfall.

According to this review, the most affected areas are the southern and eastern portions of the Amazon. The southeastern Amazon around one of the local tributary rivers—the Tocantins—has seen pasture and cropland increase from 30 % to 50 % of the land between 1955 and 1995. As a result, that river now carries 25 percent more water. Another southeastern tributary, the Araguaia, now carries 28 %  more sediment—precious soil lost during downpours from surrounding, expanded agricultural fields.

This research paper is published in Nature on January 19. 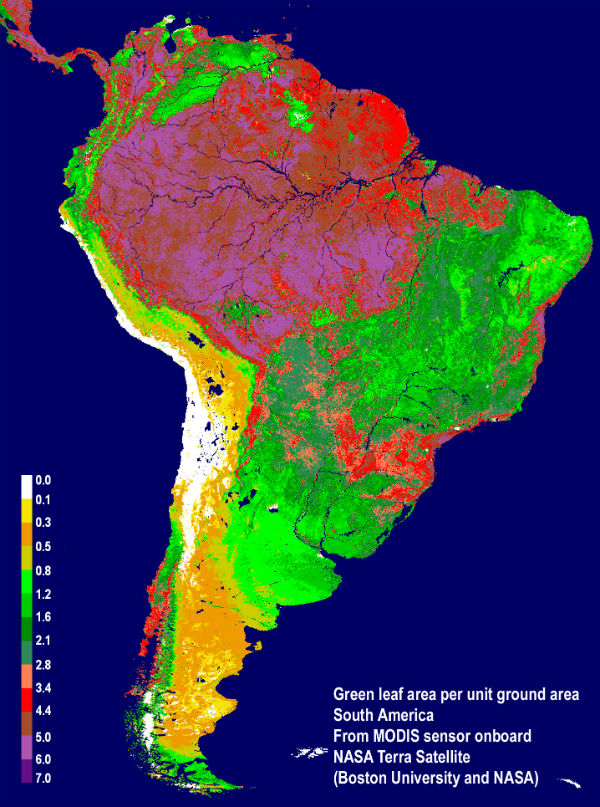 Before widespread human settlement began to encroach on the borders of South America’s Amazon forests, there was no such thing as an Amazon fire season. Now, fire may pose the biggest threat to the survival of the Amazon ecosystem. These days, human impacts in the Amazon are making it more difficult for the forests to endure dry times. Part of the problem is another of the Amazon’s surprises: the soil is infertile. Most of the richness and productivity we associate with the Amazon is bound up in the living organisms in the ecosystem. Layer upon layer of plants, animals, fungi, and bacteria that are spread throughout the forest endlessly recycle the ecosystem’s nutrients. The infertile soil is not well suited to farming, and when the forest is cleared to make way for farms, farmers face the dilemma of how to enrich the soil. In a part of the country where millions of people earn less than $100 per month, expensive soil additives and fertilizer aren’t options. Instead, farmers clear cut the forest and set it on fire in order to turn the nutrients locked up in the forest biomass into a soil-fertilizing ash.