A detailed study using information from the European Space Agency's (ESA) Climate Change Initiative (CCI) revealed that while there was a small increase of fires in the Amazon in 2019 compared to 2018; the blazes parallel the average yearly number over the previous 18 years.

"While forest fires are common in the Amazon, they vary considerably from year-to-year driven by changes in climate, as well as variations in deforestation and forest degradation," ESA wrote.

The 2019 fires triggered an international demand for updated information about active fires, most importantly in Brazil. However, these figures were never compared to the number of blazes over a longer time period.

Using information from ESA's Fire CCI project, researchers studied fire-ravaged areas in South America in 2018 and 2019, then compared the data to the annual average from 2001 to 2018.

The report indicated that the total burned area in South America was roughly 70 percent more in 2019 as compared to the same period of 2018– however, only a little more than the annual average over the previous 17 years. 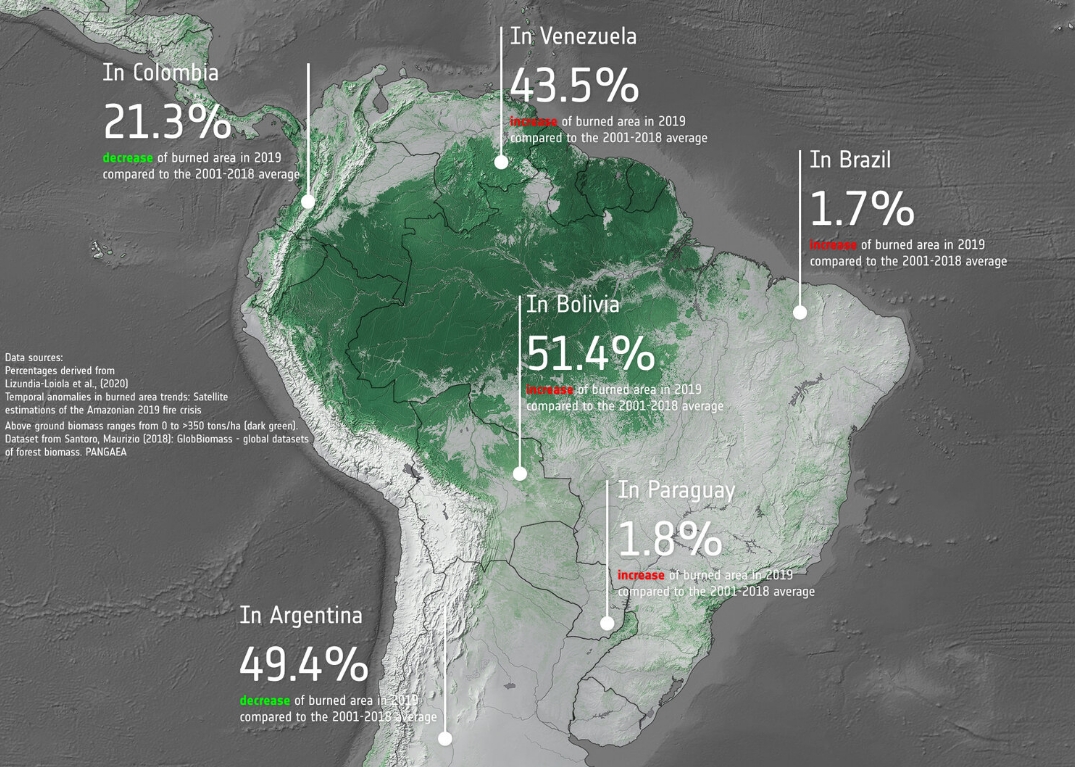 "While forest fires are common in the Amazon, they vary considerably from year-to-year driven by changes in climate, as well as variations in deforestation and forest degradation," said Fire CCI project leader Emilio Chuvieco.

Earth remote sensing satellites can be used to spot and monitor blazes over commonly-affected areas. These burned area calculations are from ESA's CCI project, which generates long-term datasets of satellite information of burned areas. The data is of use for those inquisitive of historical burned patterns, climate change research, and fire management and emissions analysis.

"These observations show the challenge we are facing – the processes on Earth and in the forests are very dynamic. The unusual fire activity in 2019 demonstrates that satellite data is essential to get a clear and independent picture in order to also understand long-term trends," said ESA's Earth Observation Program director Josef Aschbacher.

Tropical forests accommodate about half of the biodiversity worldwide and are also considered a significant part of the planet's ecosystem. Calibrating forest fires is necessary for the continuous study of climate as they have a major impact on atmospheric emissions, with biomass blazing adding up to to the world's budgets of greenhouse gases. 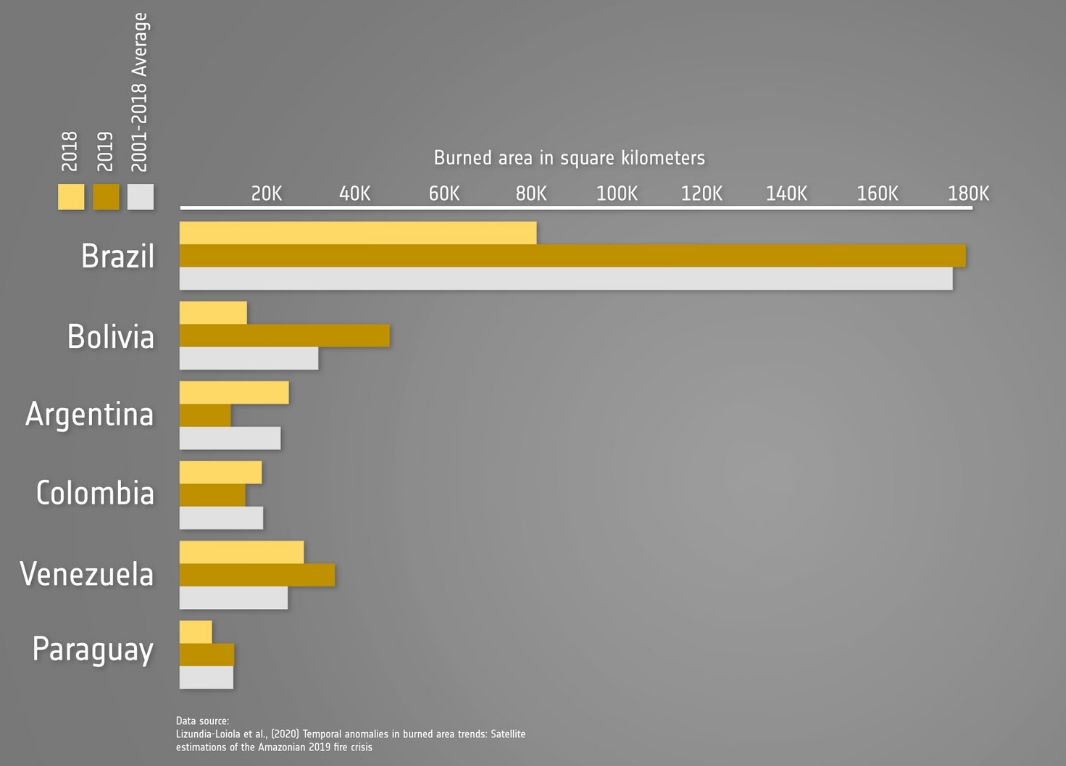 Tropical forests are known for hosting about half of the global biodiversity, and therefore are considered to be a fundamental part of the Earth System. However, in the last decades, the anthropogenic pressure over these areas has been continuously increasing, mostly linked to agricultural expansion. This has created great international concern, which has crossed the limits of national policies. A clear example was the last crisis suffered this year (2019) in the Amazon, and in general, in tropical South America (SA), due to the increasing fire activity in the region, which is strongly linked to deforestation and forest degradation. International media extensively informed the world about fire activity based upon active fire data, which provided quick but incomplete information about the actual fire-affected areas. This short paper compares fire occurrence estimations derived from the Moderate Resolution Imaging Spectroradiometer (MODIS) data of active fires and from burned area products for the first 10 months of 2019 in SA. Results show a significant increase in fire activity over the full-time series (2001–2018) in Bolivia, Paraguay and Venezuela, while Brazil shows a much higher BA than in 2018, but with values around the average burned area of the whole time series