British Defence Secretary Liam Fox will next week attend a summit of scientists and security advisers who believe the infrastructure that underpins modern life in Western economies is potentially vulnerable to electromagnetic disruption.

Blogger’s and scientists around the globe are warning the dangerous of sun solar flares storm from last few years. Last month Australasian Science had also reported that “Massive Sun Solar Flare Storm will hit Earth in 2012 with ‘Force Of 100m Hydrogen bombs’. 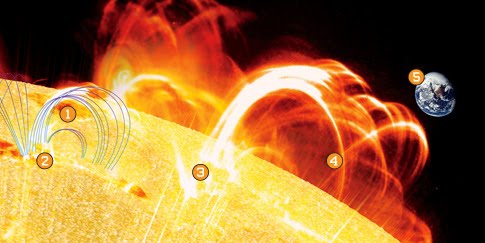 NASA report on Sun solar Storm which was carried out for NASA by the US National Academy of Sciences in 2009 had also warned about upcoming solar Storm 2012 too.

Some scientists say there is a similar danger from a once-in-a-century solar flare, a disturbance on the surface of the sun that could cause geomagnetic storms on earth. A major flare in the mid-19th century blocked the nascent telegraph system, and some scientists believe that another such even is now overdue.

The Westminister meeting is being jointly hosted by the Electric Infrastructure Security Council and the Henry Jackson Society, a think-tank. The meeting will be addressed by Avi Schnurr, a former US government adviser who said that “super-flares” occur about once every hundred years, meaning the next is overdue. The electrical grid, computers, telephones, transportation, water supply, food production are all vulnerable to a major flare, said Mr Schnurr, who also works for the Israel Missile Defence Association, a lobby group. 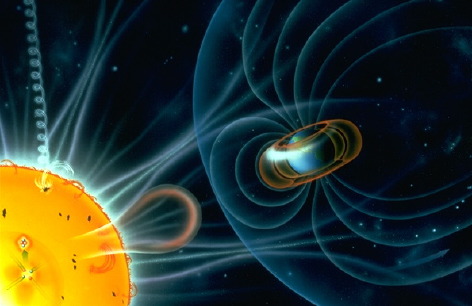 Prophecies Solar Storm 2012
According to Hopi prediction “Sun will get Harder”.Mayans said catastrophic “Solar Event” in 2012 and Web Bot also supported the same.

NASA report concluded that “The sun operates on an 11-year cycle, with the next “active” phase due in 2012 likely to present the nearest danger.”

Doomsday Vault
Norway has already begun storage of seeds in the Svalbard area and in the arctic north with the help of the US and EU and all around in Norway. They will only save those that are in the elite of power and those that can build up again: doctors, scientists.

The Svalbard Global Seed Vault, situated halfway between Norway and the north pole, has the capacity to store 4.5 million different seed samples. Since each sample will contain on average 500 seeds, around 2,25 billion seeds may be stored there. They are being held in the Arctic storage facility in case a future disaster wipes out food crops. The location has been carefully chosen to provide maximum protection to the seeds. T he underground vault has been built as a 120 meters long tunnel inside a mountain, at about 130 meters above sea level, and permafrost and the thick rock will ensure that the samples remain frozen, even without electricity. (EarthIssues)