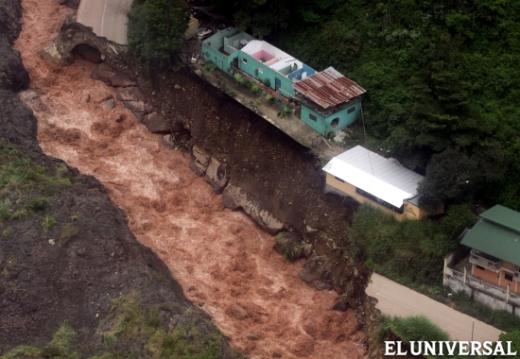 Agriculture and livestock production in , has become increasingly precarious. Persistent rains in the past three months have led to floods that have ravaged some 296,500 acres of farmland in South Lake Maracaibo, in the northwestern state of  Zulia in Venezuela.

Milk and meat production has been two of the sectors hardest hit South Lake Maracaibo. The production of livestock and milk has tumbled almost 60 percent so far this year, mainly because the farms are located in areas cattlemen have not been able to reach because of floods and the poor condition of roads. Cattle have virtually no food to eat, because pastures are flooded. Humidity levels in the area, viral diseases have increased and the morbidity rate of cattle has also risen.

Production in South Lake Maracaibo is based on four key items: meat, milk, palm and plantains. All these products have been hardly hit by floods. As a result of stagnant waters, a series of diseases that are difficult to control have arisen. Cattle are ill or have died. The situation South Lake Maracaibo has become increasingly precarious.

Plantain crops have been severely undermined, because the yield of plantations and the quality of the product have been damaged.  In fact, as a result of floods, the production of plantains South Lake Maracaibo has plunged 70 percent so far this year.

The president of Fegalago added that the situation is serious not only because of heavy rains, but also because of lingering financial difficulties. He said that ranchers are on the verge of bankruptcy. (ElUniversal) 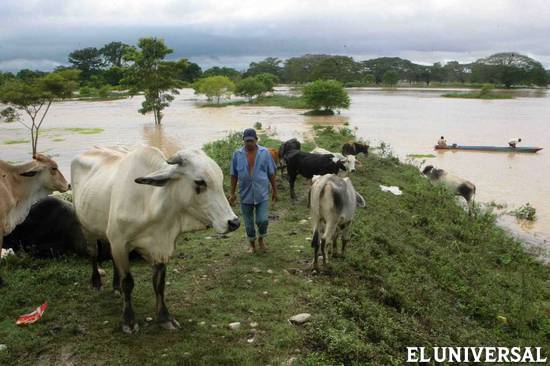 The heavy rains that have hit several Venezuelan states  wreaked havoc in the main thoroughfares in western Venezuela, while dozens of families were made homeless or were evacuated in the states of Lara, Carabobo, Falcón, Táchira and Mérida.

22 towns in the state of Táchira (western Venezuela) are isolated,  170 families in the town of Seboruco were at high risk and eight helicopters are ready to deliver food, fuel and water to people hit by heavy rains.  Floods have also been reported in the states of Falcón (northwestern Venezuela); Carabobo and Lara (central Venezuela), as well as the western state of Zulia. (ElUniversal)

Carlos Díaz, an official of Táchira State Institute of Transport (IVT), reported on Friday that a massive section of Cristo de La Laja hill, between the towns of Seboruco and Jáuregui, collapsed and washed out the road into Grita River, thus deviating the water course.

“The river hit Main Road 3, and about 980 feet of road collapsed. This cut off the sector. The landslide is creating a dam that poses a serious danger for people living on the river bank”, said Díaz.