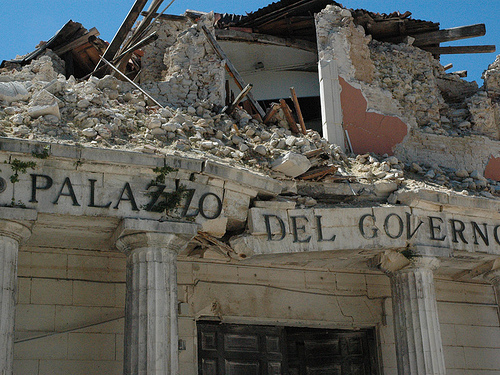 According to a rumor that has circulated on the Internet for months, Raffaele Bendandi, an Italian pseudo scientist who died in 1979, predicted before his death that a massive earthquake will strike Rome on Wednesday, May 11.

No one is sure that he actually made such a prediction — his chief biographer is unaware that he did so — but regardless, in response, Romans are taking heed and fleeing their city by the thousands. Over 20 earthquakes have already struck in Italy — none of the devastating temblor Bendandi predicted. Working in this rumor's favor is the fact that Bendandi, who also dabbled in astronomy, correctly guessed the approximate date of an earthquake in the Adriatic region in 1923, a feat for which he was later knighted.

Will his alleged posthumous prediction come to pass too? Geophysicists say no — almost certainly not. Not only are earthquakes far too chaotic to be predicted decades ahead of time, they aren't even predictable on the scales of days.

Even if seismologists were able to identify a precursory signal indicating that an earthquake was on its way, "that would happen a few days before, not more than three decades in advance. Earthquakes and tectonic plates interact with each other in a very chaotic system, so in order to do a long-term prediction you'd have to be able to foresee all the activity over the coming 30 years. It's extremely unlikely that anyone would be able to do that. Furthermore, if you're trying to predict an earthquake ahead of time, it would be wise to choose a location above a major fault line, not Rome. Earthquakes are certainly not common in Rome. Most activity in Italy occurs in the Apennines.

Sometimes heightened seismic activity can hint than an earthquake is imminent, but there haven't been any rumblings in Rome raising concerns among seismologists. Even if there were abnormal seismic activity, that happens all the time without leading to a forecast. There is occasionally foreshocking events that happen in clusters but those only lead to a large event 8 percent of the time.

There's a lot of interest in chasing down predictions, but you should simply be prepared for the largest earthquake possible in a given area and build and retrofit buildings to be able to withstand a quake of that magnitude. When you're trying to predict an earthquake on a given day, you'll have chaos with people panicking and trying to leave the city — I see that that's already happening in Rome. It's much better to understand the likely largest event in the coming years and build accordingly. (FoxNews)