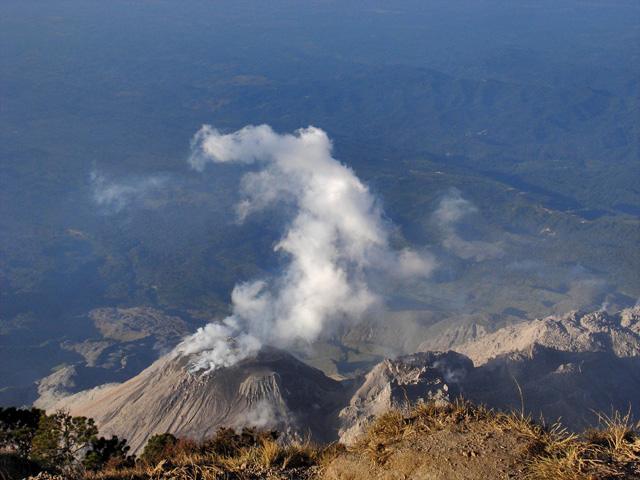 Guatemalan departments of Quetzaltenango and Retalhuleu were declared this Friday in yellow alert due to the increased activity of the volcano Santiaguito . According to the National Institute for Seismology, Vulcanology, Meteorology and Hydrology of Guatemala (Insivumeh), the increase is manifested in the number of explosions per hour.

Such explosions generate weak and moderate echoes, that could be heard 10 kilometers away, and constant avalanches of rocks in the southwestern and eastern sides of the volcano. The Insivumeh uninterruptedly monitors the volcano and advises the Directorate General of Civil Aviation to take precautions with air traffic in a radius of 15 kilometers due to the ash emissions. (InsideCostarica) 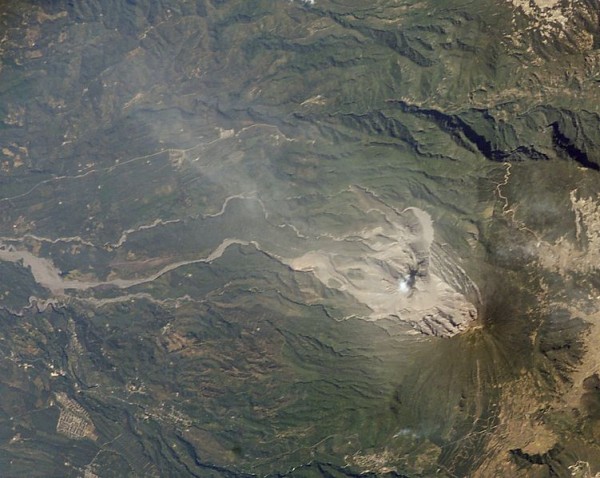 Santa María is part of the Sierra Madre range of volcanoes, which extends along the western edge of Guatemala, separated from the Pacific Ocean by a broad plain. The volcanoes are formed by the subduction of the Cocos Plate under the Caribbean Plate, which led to the formation of the Central America Volcanic Arc.
Eruptions at Santa María are estimated to have begun about 30,000 years ago. For several thousand years, eruptions seem to have been small and frequent, building up the large cone of the volcano, reaching about 1,400 metres (4,600 ft) above the plain on which the nearby city of Quetzaltenango sits. Following the cone-building eruptions, activity seems to have changed to a pattern of long periods of repose followed by the emission of small lava flows from vents on the flanks. The cone built by the eruptions had a volume of about 10 cubic kilometres (2.4 cu mi), and consisted of a mixture of basalt and andesite lavas.

The areas to the south of Santa María are considerably affected by volcanic activity at Santiaguito. Currently, the most common volcanic hazards at Santa María are lahars, which frequently occur in the rainy season due to heavy rainfall on loose volcanic deposits. The town of El Palmar, 10 kilometres (6 mi) from Santiaguito, has been destroyed twice by lahars from Santiaguito, and infrastructure such as roads and bridges have been repeatedly damaged. Lahar deposits from Santiaguito have affected rivers all the way downstream to the Pacific Ocean. (Wikipedia)

Type of activity: They fight

Activity : white smoke ejected at 150 m in height. There are two incandescent bulbs in the dome of the southern flank. There was an explosion moderate avalanches was moderate and increased gray material at 800m above the crater, which is dispersed to the west, causing ashfall in the region of playón . avalanches are reported few, weak, in the lava flow from eastern flank. (INSIVUMEH Daily Bulletin)