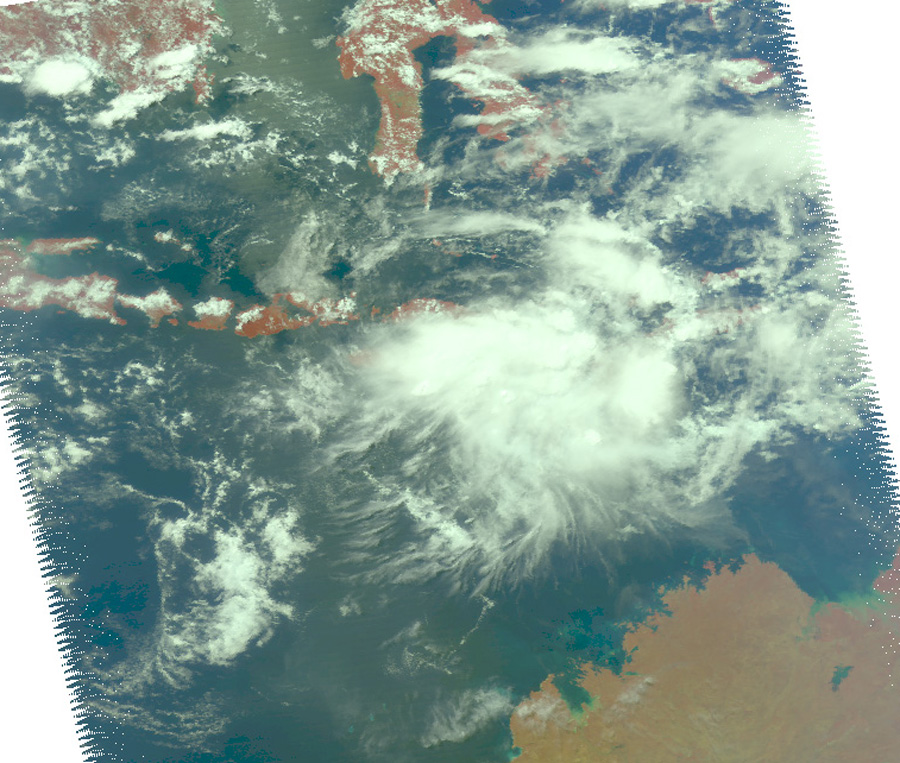 An island shared by Indonesia and independent East Timor received a solid soaking from a minimal tropical storm that formed to the south, over the Timor Sea.

Tropical Storm Errol never became very well organized, and quickly lost force to a tropical depression shortly after its center passed over the island of Timor. There were no reports of damage or injuries associated with the storm.

When NASA’s Aqua satellite passed over Cyclone Errol’s remnants on April 18 at 05:35 UTC (1:35 a.m. EDT), the Atmospheric Infrared Sounder (AIRS) instrument captured both an infrared and visible image of the storm. The visible image from AIRS showed that Errol no longer has a circular shape to its clouds indicating that wind shear had taken its toll on the storm. In the infrared image, however, Errol still showed some deep convection occurring over West Timor and over open waters of the Southern Indian Ocean. The problem remains that Errol still has a disorganized low-level center of circulation, so the convection (rapidly rising air that forms thunderstorms) also remains disorganized. 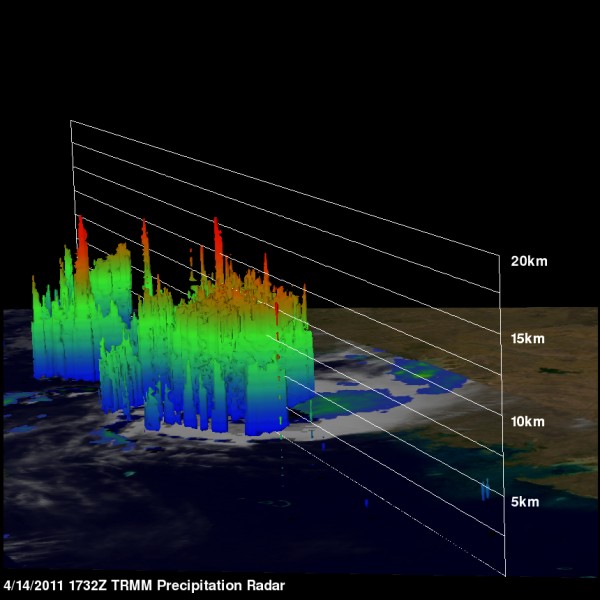 On April 19, Errol’s center of circulation was about 110 nautical miles west of Kupang, West Timor near 10.2 South latitude and 122.1 East longitude. Although the wind shear against Errol has relaxed, the Joint Typhoon Warning Center currently gives Errol a poor chance for redevelopment in the next 24 hour.

Despite the poor prognosis for more swashbuckling in the next 24 hours, NASA’s AIRS instrument will continue to provide data and peer into Errol’s clouds to see if the storm re-organizes and makes more noise in the Southern Indian Ocean. (NASA)