Several aftershocks have been felt by residents in parts of north Queensland following a 5.2-magnitude earthquake. The quake, one of the largest to hit the state in many years, was recorded 60 kilometres west of Bowen just after 3.30pm (AEST) Saturday.

The rumblings were felt in several towns throughout the region, but police say there are no reports of damage or injuries. There have been several aftershocks, with one registering a magnitude 4,7. 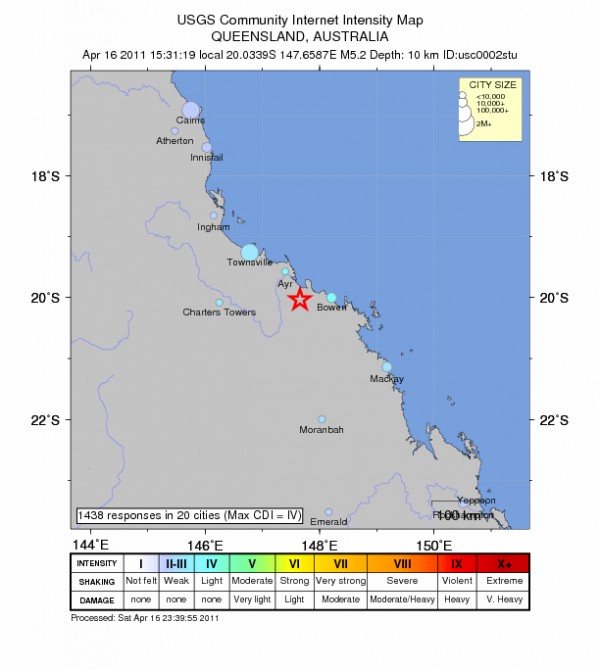 Geoscience Australia seismologist David Jepsen says Saturday's earthquake was a rare event and the state's biggest in more than 70 years. There have been quite a few in the early 1900s and the last big one was a 5.5 in 1935 west of Fraser Island. And then there was one near Charters Towers in 1913, about 5.7. Queensland doesn't get too many of this magnitude type event. There was "two distinct vibrations". The weaker one occurred first followed a few seconds later by a stronger one of longer duration.

Earlier reports said the quake was measured at a magnitude of 5.4. 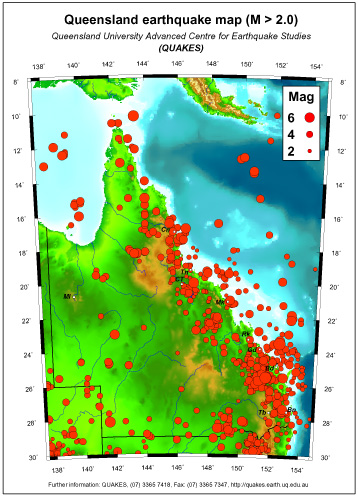