The sides of the sinkhole that swallowed up part of the Southeast County Landfill in Lithia four months ago collapsed last night. The avalanche of dirt did not widen the gaping of almost 40 meter crater, but did deepen it by about 3 meter, officials said. No one was injured and it is believed the dirt collapse was caused by the process that is aimed at filling the hole that is now estimated to be about 20 meters deep. The grout is forced into the ground to shore up the bottom of the hole and it exerts pressure in all directions, including up. That can cause the bottom of the hole to shift and that’s what caused the sides to fall in. It’s not unusual for this to happen and it could happen again. 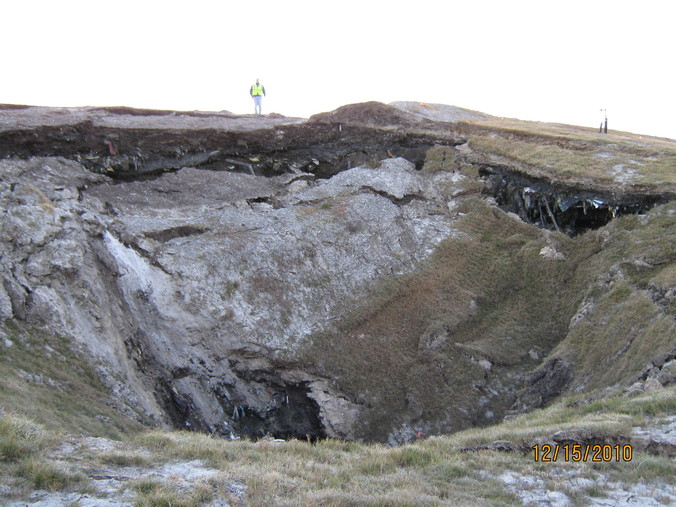 Engineering crews have been out there for two weeks conducting the first phase of remediation. That involves drilling diagonal shafts that reach under the bottom of the sinkhole and pumping grout there to stabilize the hole. But what exactly is beneath the dirt and debris that forms the “plug” at the bottom is unknown. In any event, the stabilization process may have caused the sides to fall in, leaving vertical walls inside the crater.
The landfill takes up 179 acres of the tract and is built over a clay residue from a phosphate mining operation that was on the property prior to the landfill. Solid waste officials don't think the crater poses any threat to the aquifer. Beneath the hole is a 1,5-2 meter layer of clay and the aquifer at that location is 100 feet down, they said. (ExtinctionProtocol) 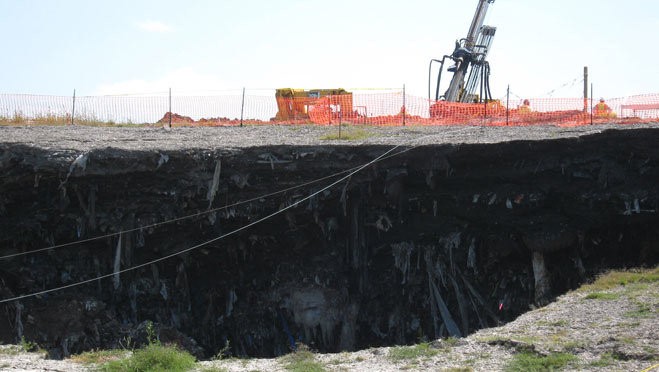 In January 2010., dozens of sinkholes formed in eastern Hillsborough after farmers drained aquifers to protect plants during a streak of below-freezing days. Engineers will evaluate wave readings, similar to radar, to see how far the damage goes underground. Groundwater testing and gas monitoring will check for cracks in the inches-thick layer of clay that contains the waste. The sinkhole is in an area of the original landfill that opened in 1984. The area contains a mix of municipal solid waste and ash from the County's Resource Recovery Facility. (TampaBay) 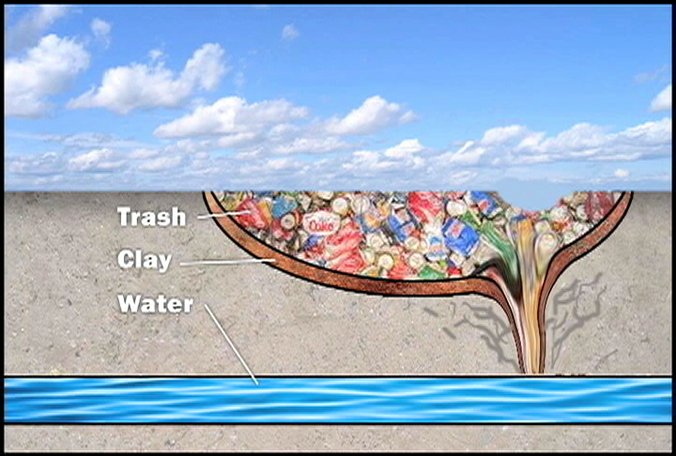