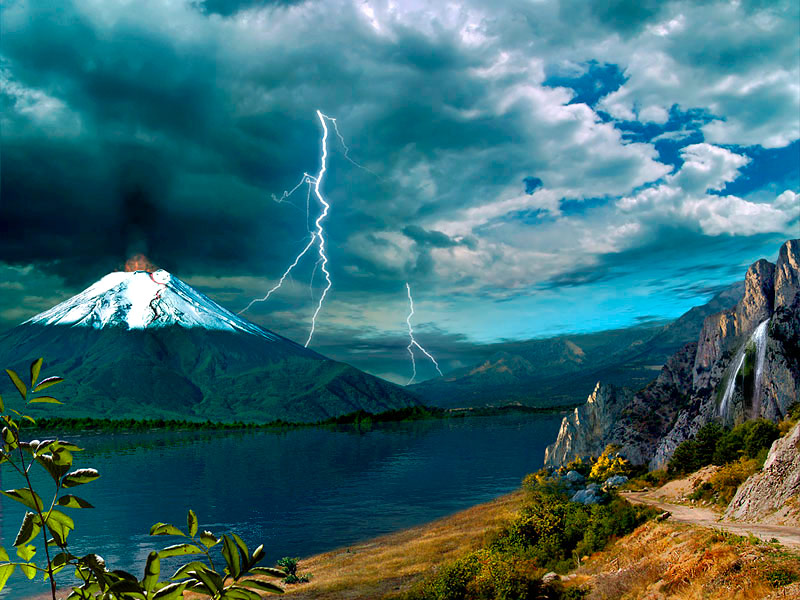 Before Iceland’s Eyjafjallajökull volcano blew its top in April, spewing thick clouds of ash, the earth around it had already started rumbling, and geologists began warning about an impending eruption.

The close geological connection is rooted in the shifting of Earth’s tectonic plates against each other that can also jostle magma beneath volcanoes, urging it upward. In fact, since seismic shifts are so closely related to volcanic action, geologists listen in to the seismic movements around volcanically active regions to predict when earthquakes might spark volcanic eruptions. 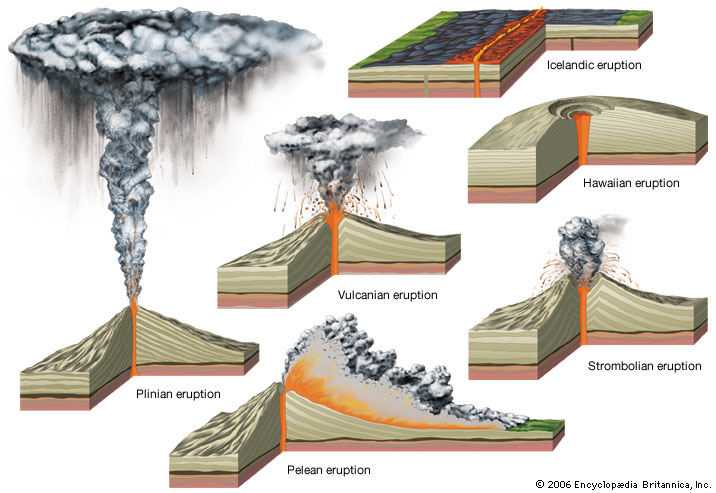 The geological chain reaction linking earthquakes and volcanoes takes place deep in the ground where it can’t be seen. In order for earthquakes to set off a volcano, the magma reservoir beneath the fiery mountains must be already primed to blow. First, magma chambers encased in hard rock deep in the Earth release gases, fracturing the reservoir walls and opening up small cracks. As that pressure builds, tectonic tremors can agitate chambers.

“If you have a magnitude 6.0 earthquake, a magnitude 7.0 earthquake, somewhere relatively nearby, then those waves cause small strains, a little bit of deformation (in the rock surrounding the magma chambers) – a small amount – but it might be just enough to trigger an eruption,” said Cindy Ebinger, a geophysicist from the University of Rochester in New York. “For it to trigger, whatever those seismic waves are perturbing has to be nearly ready to go as it is.”

Geologists can accurately predict where (but not when) the next earthquake will happen by using satellite gravity measurements and tracing ground deformation caused by earthquakes. But forecasting earthquakes represents only one half of that geological "symbiosis". 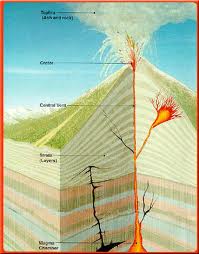 Mapping those mercurial magma chambers and evaluating the “squishiness” of the magma within those deformations is an important, yet elusive, puzzle piece that could yield more accurate clues to when volcanoes will erupt, as well as seismic activity. Magma bodies perturb the gravity field, they change the state of stress in the rocks around them and they can change the system just by their presence.

For example, a team of researchers led by the U.S. Geological Survey recently found that thousands of minor volcanic earthquakes that occurred in northwestern Saudi Arabia in 2009 were caused by magma forcing its way from the Red Sea rift zone into the bedrock underneath Saudia Arabia. These intrusions and their resulting seismic activity may mean that Saudi Arabia’s Harrat Lunayyir region could be primed for its first ever volcanic eruption.

Seismologists and volcanologists are watching and listening for land deformations and plate movement that could signify the geological dynamic duo of earthquakes and volcanoes are combining to cause tectonic mischief.

“If it’s anything like we saw in the Afar (rift in Ethiopia), there may be repeat episodes, and we may anticipate that there will be more dike intrusions and volcanic eruptions possibly in that part of the world as well, meaning a wake-up call for earthquake and volcanic hazards,” Ebinger said. (DiscoveryNews)