The impact of the earthquake that hit Japan this morning shifted the earth’s rotation axis is nearly 10 cm. It’s the preliminary result of studies carried out by INGV, National Institute of Geophysics and Volcanology. According to Richard Gross, a geophysicist at NASA, the Earth’s rotation rate is increased causing a shortening of 1.6 microseconds duration of the day. A microsecond is one millionth of a second. The Sumatra earthquake of 2004 caused a shortening of the days of 6.8 microseconds.

The impact of this event on the axis of rotation was also much greater than that of the great Sumatra earthquake of 2004, which was 7 cm of linear and two thousandths of an arcsecond angle, and probably second only to Chile earthquake of 1960. The earthquake in Chile last year shifted the Earth’s axis of about 8 cm.

The earthquake of 11 March 2011 stands at fifth place in the ranking of the strongest earthquakes ever recorded since the seismic surveys are accurate. The strongest ever occurred May 22, 1960 between Temuco and Concepcion in Chile: 9.5 on the Richter scale, resulted in 1,655 dead, 3,000 injured, 2,000,000 homeless. That triggered the tsunami caused 61 deaths in Hawaii – did not exist warning systems and even it was known that a tsunami could cross an entire ocean – 138 in Japan, 32 in the Philippines.

The second strongest quake was recorded March 28, 1964 in Alaska, the epicenter of the earthquake of 9.2 degrees was in Prince William Sound, not far from Anchorage: the dead were 113 for the Tsunami and 15 shocks. In nearby Montague Island, the land rose up to 13-15 meters. Valdez in the Gulf of the tsunami wave reached a height of 67 meters, 15 deaths were recorded on the coast of California and Oregon, even in Cuba and Puerto Rico took place small tidal waves. 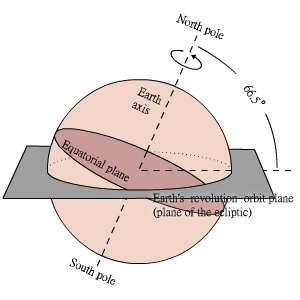 The 9,1 magnitude of the earthquake that everyone remembers very well. On Boxing Day, December 26, 2004 two minutes before 8 am (local time) on the Asian plate moves over the Indo-Australian subduction beneath Sumatra. The north-west of the island was devastated following the tsunami in Thailand came up and swept the east coast of Sri Lanka, India and as far as Somalia in the west. In all the dead were 230 000, but some estimates speak of 300 thousand victims

On 4th November 1952 south-east coast of Kamtchaka Island Russia (then Soviet) rattled hard. It is an earthquake of 9 Richter scale, there is no news of casualties. Hawaii got a 3-meter tsunami.

The strongest earthquakes are not always those that produce the greatest number of victims. Often, in fact, occur in uninhabited areas. Instead, less intense but earthquakes near densely populated areas or buildings without earthquake resistant, produce devastating effects. (Corriere della Sera)

NASA Details How Indian Ocean Quake Affects Earth Rotation (America.gov)
The earthquake in Chile has shortened the length of day and the Earth’s axis shifted (CorriereDellaSera)