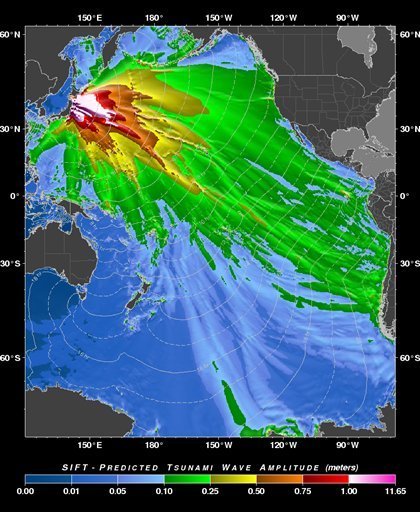 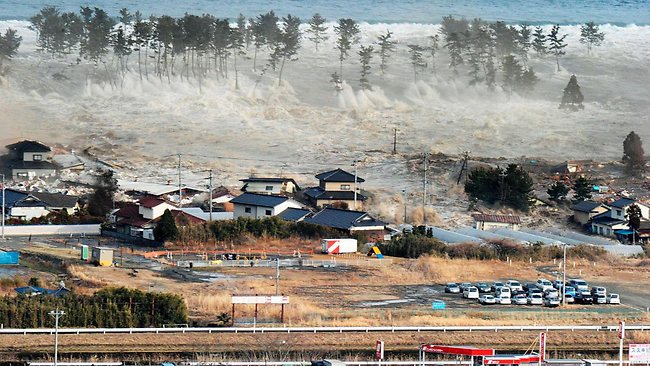 UPDATE:
Japanese police say 200 to 300 bodies have been found in a northeastern coastal area where a massive earthquake spawned a tsunami. The bodies were found in Sendai city, the closest major city to the epicenter. The magnitude 8.9 quake and 23-foot (7-meter) tsunami were followed by more than 50 aftershocks for hours, many of them of more than magnitude 6.0.

Dozens of cities and villages along a 1,300-mile (2,100-kilometer) stretch of coastline were shaken by violent tremors that reached as far away as Tokyo, hundreds of miles (kilometers) from the epicenter.(ABCNews)

12.36am The first tsunami waves have hit Hawaii. The Pacific Tsunami Warning Centre says Kauai was the first island hit. Officials predicted Hawaii would experience waves up to two metres.

12.03am The northern coast of Indonesia has been struck by a small tsunami. There are no reports of how much damage has been caused and people are still on alert for future waves. Small tsunami waves have also hit the Philippines, but there were no reports of local damage or casualties. Philippine Institute of Volcanology and Seismology director Renato Solidum told a news conference the waves ranged from 30cm to one metre.

11.42pm Latin America’s Pacific coast is on tsunami alert. Ecuador’s President Rafael Correa has declared a state of emergency and ordered people on the Galapagos Islands and the coast of the mainland to seek higher ground. Meanwhile, the tsunami is expected to reach Mexico’s coastline within three to four hours. 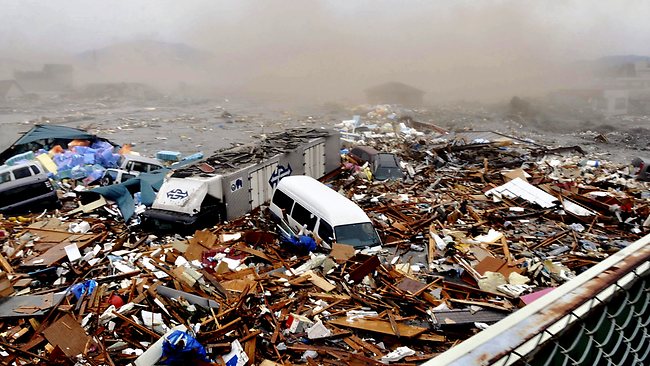 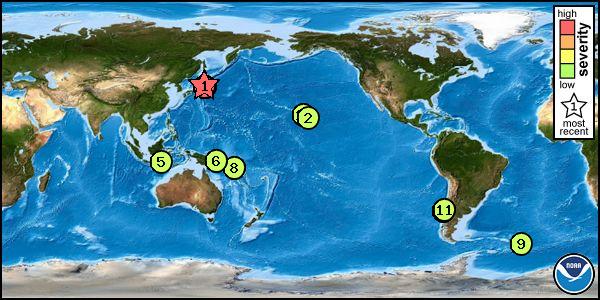 A ferocious tsunami spawned by one of the largest earthquakes ever recorded slammed Japan’s eastern coast Friday, killing at least 60 people as it swept away boats, cars and homes while widespread fires burned out of control. Tsunami warnings blanketed the entire Pacific, as far away as South America, Canada, Alaska and the entire U.S. West Coast.

The magnitude 8.9 offshore quake unleashed a 23-foot (7-meter) tsunami and was followed by more than 50 aftershocks for hours, many of them of more than magnitude 6.0. The death toll was likely to continue climbing given the scale of the disaster. Dozens of cities and villages along a 1,300-mile (2,100-kilometer) stretch of coastline were shaken by violent tremors that reached as far away as Tokyo, hundreds of miles (kilometers) from the epicenter.

Even for a country used to earthquakes, this one was of horrific proportions because of the tsunami that crashed ashore, swallowing everything in its path as it surged several miles (kilometers) inland before retreating. The apocalyptic images of surging water broadcast by Japanese TV networks resembled scenes from a Hollywood disaster movie. 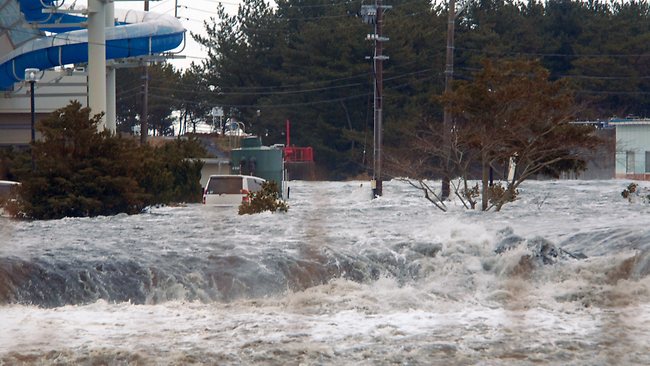 Large fishing boats and other sea vessels rode high waves into the cities, slamming against overpasses or scraping under them and snapping power lines along the way. Upturned and partially submerged vehicles were seen bobbing in the water. Ships anchored in ports crashed against each other. (ABC News)