Volcanic tremor reached moderate levels at 01:30 UTC and continued with a growing trend. The source was located under Southeast Crater at a depth of approximately 3 km (1.8 miles) above sea level. Infrasonic activity localized at Southeast Crater also saw an increase at the time, INGV-OE reported.1

The tremor reached elevated levels around 13:30 UTC, followed by moderately long lava flows to the SW and W at 14:20 UTC.

While Etna is not famous for producing pyroclastic flow, three streams were recorded yesterday — at 20:40, 21:19 and 21:26 UTC. The first two streams traveled a few hundred meters toward Valle del Bove while the third headed toward the south, also for a few hundred meters. 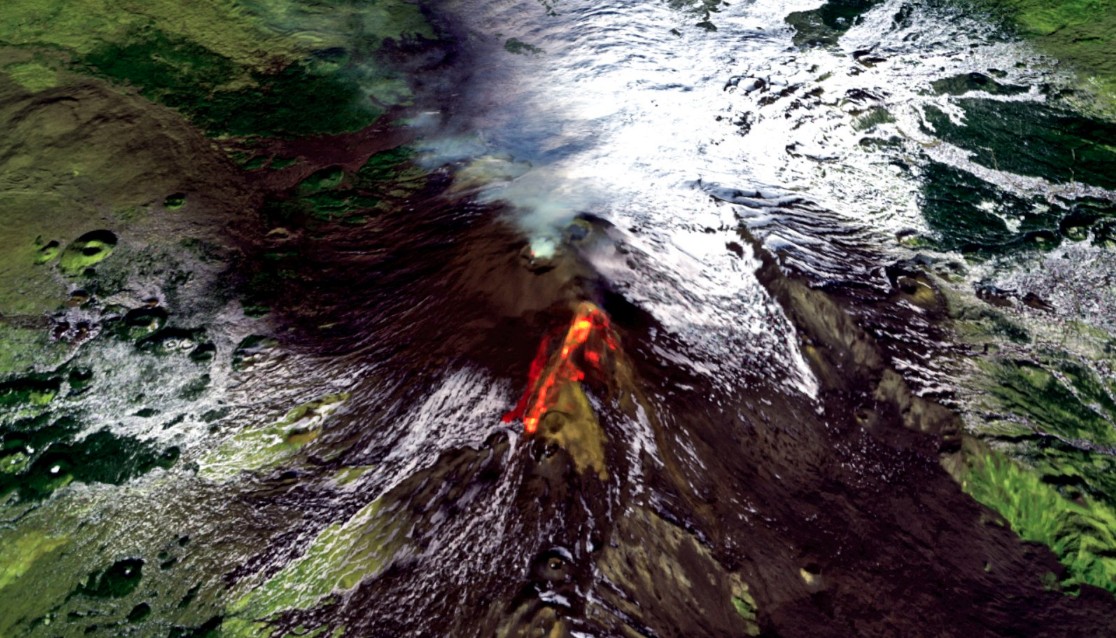 Cinder cones are commonly constructed over the vents of lower-flank lava flows. Lava flows extend to the foot of the volcano on all sides and have reached the sea over a broad area on the SE flank.2