Due to increased seismicity detected southwest of Korovin volcano, Atka volcanic complex, the Alaska Volcano Observatory (AVO) has raised the Aviation Color Code for the volcano to Yellow and Alert Level to Advisory on August 11, 2021.

The earthquakes represent an increase from background seismic activity, but may not necessarily lead to an eruption. 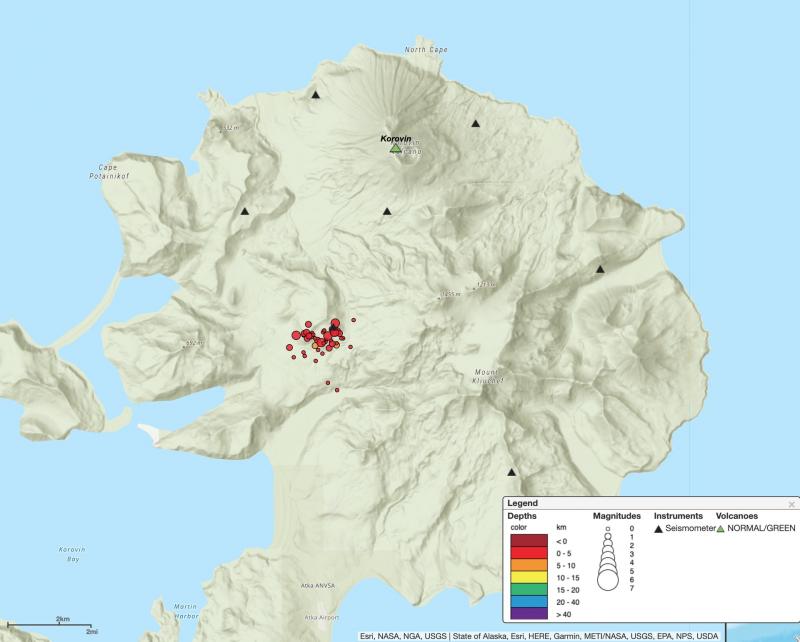 AVO said it will continue to monitor the complex for signs of volcanic activity by local seismic and infrasound sensors, satellite data, and regional lightning detection instruments.

The last eruptive episode at this volcano took place from November 2006 to March 2007 (VEI 1).

Atka is the largest volcanic center in the central Aleutians with a central shield volcano and caldera ringed by 7 or 8 satellitic volcanoes.2

The most prominent of these are the post-caldera cones of Korovin, Konia, Kliuchev, and Sarichef, some of which have been active in historical times. 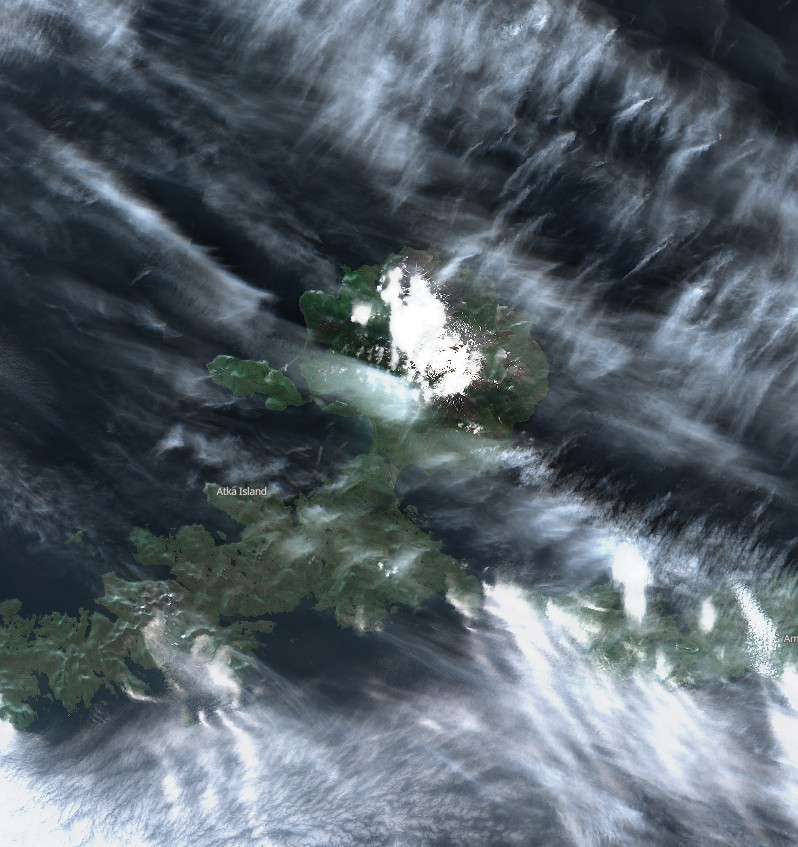 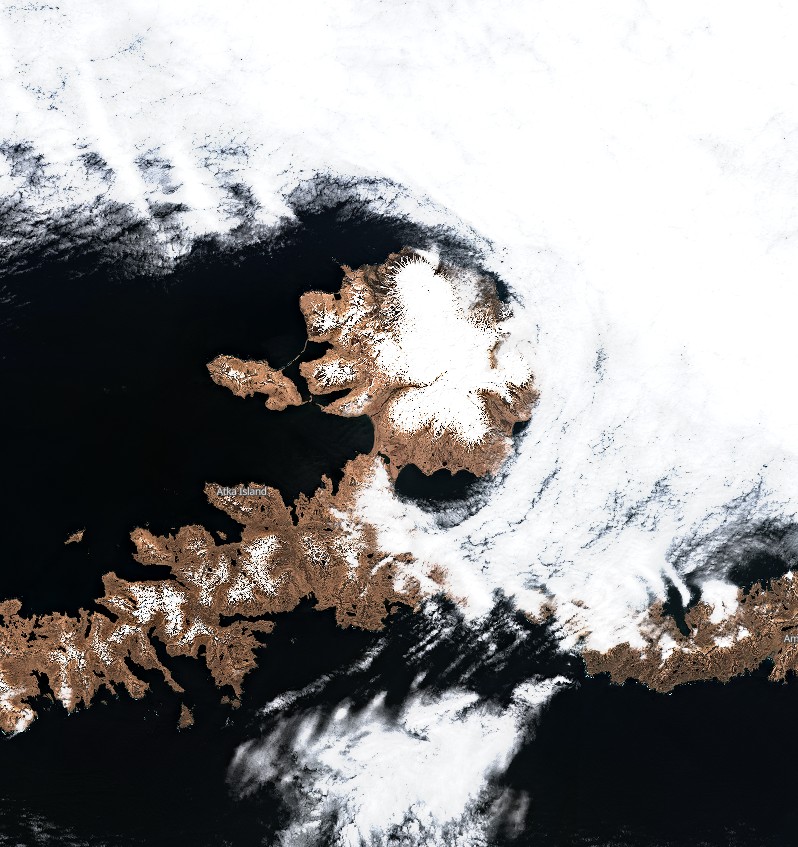 Korovin, the most frequently active volcano of the large volcanic complex at the NE tip of Atka Island, contains a 1 533 , (5 300 feet) high double summit with two craters located along a NW-SE line. The NW summit has a small crater, but the 1 km (0.62 miles) wide crater of the SE cone has an unusual, open cylindrical vent of widely variable depth that sometimes contains a crater lake or a high magma column.

A fresh-looking cinder cone lies on the flank of partially dissected Konia volcano, located on the SE flank.

The volcano is dominantly basaltic in composition, although some late-stage dacitic lava flows are present on both Korovin and Konia.3