New Zealand's Marlborough, the country's largest wine-growing region, was hit by its worst flood on record on July 17, 2021.

Marlborough District Council deputy mayor Nadine Taylor said in a statement that 900 people from 500 properties across Marlborough had to be evacuated.

"Our stop bank network held up very well considering this is our largest-ever recorded flood – a far bigger event than the previous biggest in 1983," she said.

"The Council has invested a lot in river flood protection works since 1983 – this was a test of the quality of that work. We kept everyone safe and that was our number one priority."

Fire crews from Picton and Rarangi rescued 5 people from two vehicles caught in floodwaters at Taumarina, where rising waters shut down numerous roads.

The bridge over the Wairau River, between Picton and Spring Creek, was closed at 15:30 LT due to very high waters nearing the bridge's base. 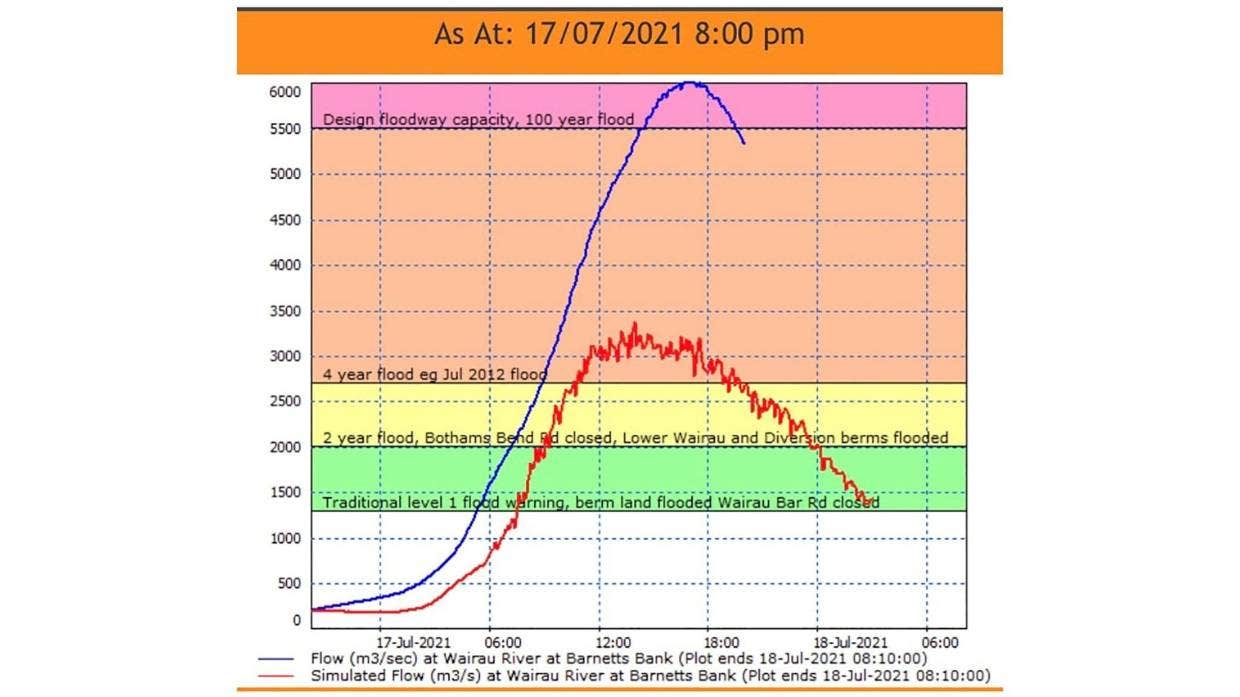 This is only the third Red Warning issued by MetService since the color-coded warning system was introduced in 2019. The most recent was for the heavy rain that caused significant flooding in Canterbury at the end of May this year for which a regional state of emergency was declared.

Red Warnings are reserved for the most impactful weather events and are only issued after close consultation with the relevant regional authorities including Council and Civil Defence Emergency Management teams.

Along with the heavy rain we are also forecasting strong winds from the northwest in the next couple days.

When it rains, it pours.

Not only is torrential rain on Mother Nature’s menu, but howling winds are too

On Saturday, they’ll sweep across the North Island.

Severe Weather Warnings and Watches have already been issued for some places that will be impacted by the significant heavy rain and gales this week. Additional regions may be added in the coming days.

Areas of flooding and slips are likely