Category 1 Hurricane "Hanna" made landfall on Padre Island, Texas, at around 22:00 UTC on July 25, 2020, as the first rapidly-intensifying named storm of the 2020 Atlantic hurricane season.

As it made landfall, extreme meteorologist Reed Timmer was in Port Mansfield, capturing these unique sounds of hurricane-force winds:

The following video was also recorded by Reed Timmer while inside the eye of Hanna. "Waiting for the calm of eye to get Dominator Drone in the air to assess damage," Reed noted. 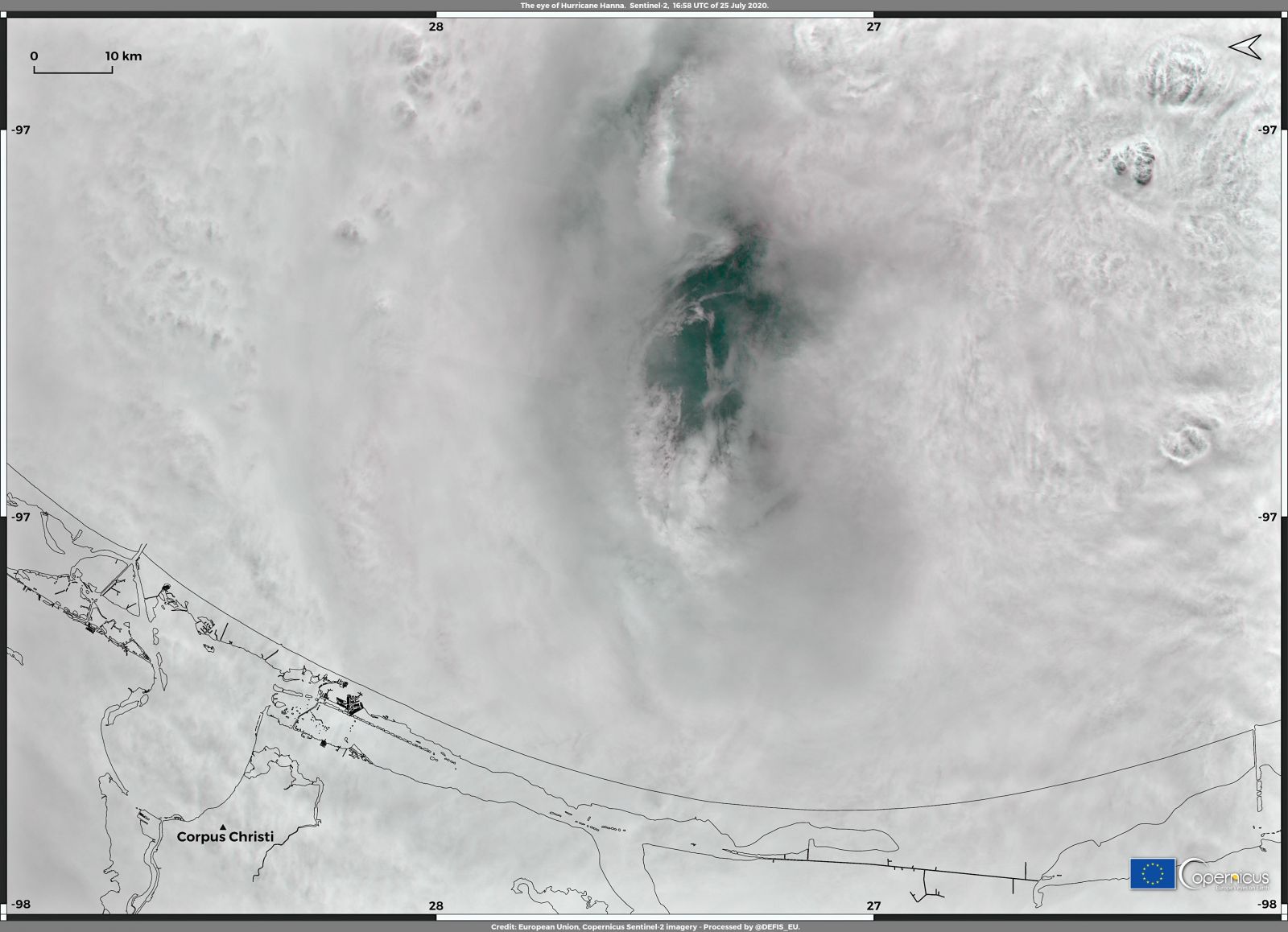 According to Philip Klotzbach, a meteorologist at CSU specializing in Atlantic basin seasonal hurricane forecasts, Hanna has intensified from 72 to 129 km/h (45 to 80 mph) maximum winds in 24 hours to July 25, making it the first rapidly intensifying named storm of the 2020 Atlantic hurricane season.

The storm's central pressure was down to 973 hPa, which was the lowest for a July hurricane in the Gulf of Mexico since 2010 Hurricane Alex. Hanna was also the first hurricane to make landfall in Texas in July since Dolly in 2008 and in any month since Harvey in 2017.

With this recent landfall, Texas has now had nine hurricane landfalls during July on record, which was more than any other state in the U.S., followed by Florida with six landfalling hurricanes.

After making landfall in Texas, Hanna weakened into a tropical depression as it barrelled through Mexico, bringing severe flooding that caused considerable property damage, killed at least five people, and left six others missing in the northeast states on Sunday, July 26, 2020.

Electrical power was disrupted in large sections of the city and neighboring areas. Flooding also cut off the road linking Monterrey to the border city of Reynosa.