The first recorded fireball was seen over Minas Gerais. According to Professor Carlos Fernando Jung from the Heller and Jung Space Observatory, the meteor entered the Earth's atmosphere at 106 km (66 miles) and exploded 67 km (42 miles) above Hortencias, Rio Grande do Sul, with a magnitude of -6.8.

Two cameras located in Taquara in Rio Grande do Sul were able to capture the event, which showed that the fireball moved at a speed of 45 km/s (28 mps).

The impact produced an intense glow as the fireball exploded. Jung clarified that although the meteor occurred during the Lyrid meteor shower, the registered meteor did not belong to the shower.

The professor added that the fireball originated from the Phi Ophiuchids, which will peak on May 11. 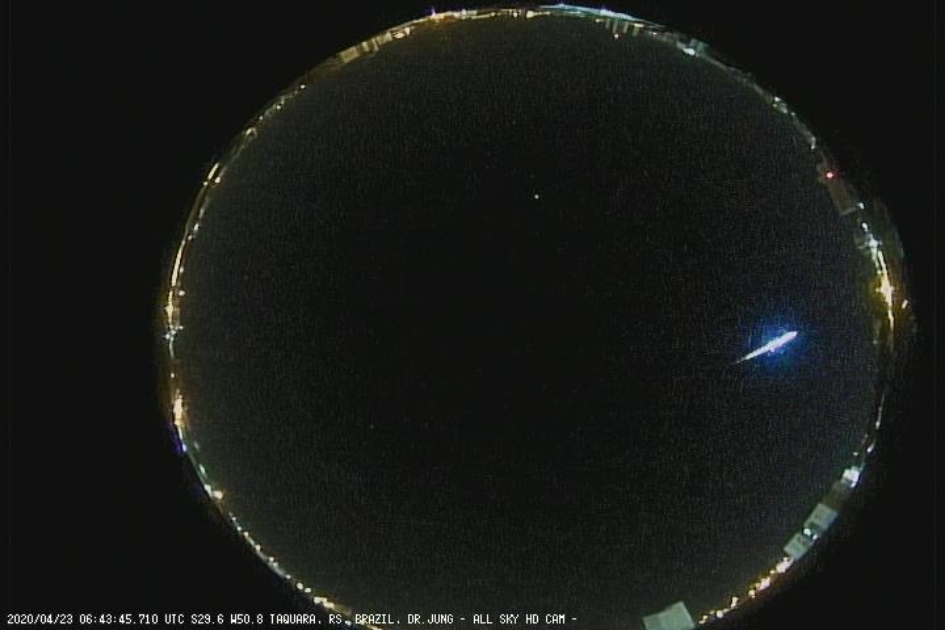 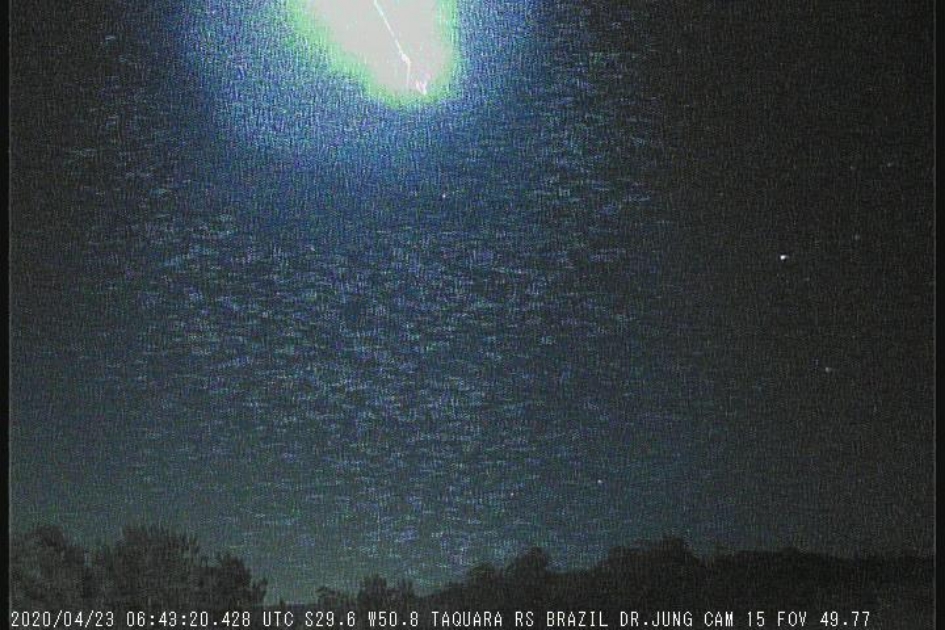 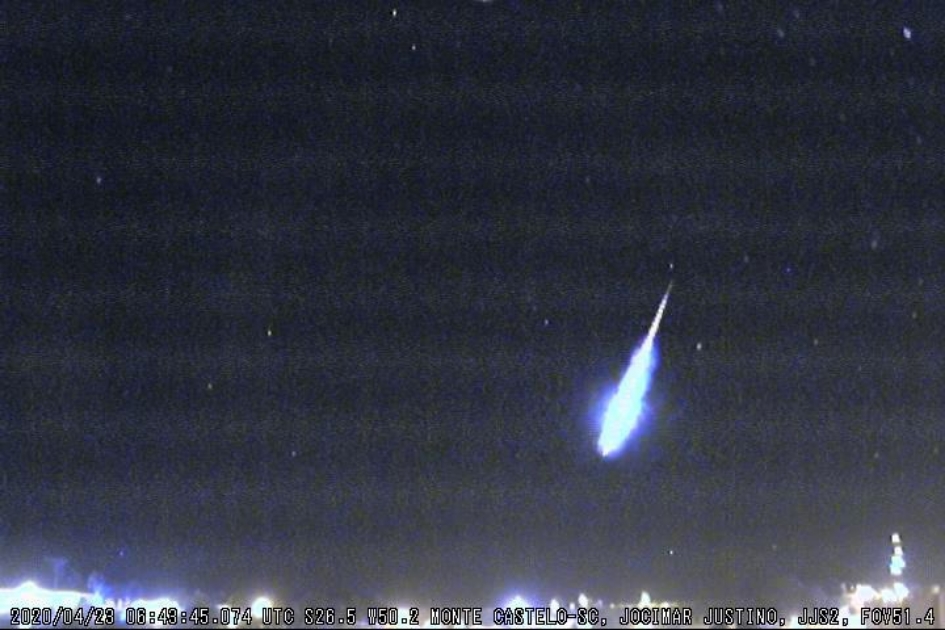 "From the triangulation of the images, it was possible to determine the meteor's trajectory and its orbit, which is associated with the radiant, Phi Ophiuchids," BRAMON confirmed.

The second event was captured by three BRAMON stations located in Nhandeara in Sau Paulo, and seven more Clima ao Vivo cameras– four of which are in Minas Gerais and three in Sao Paulo.

Preliminary analysis shows that the meteor entered the atmosphere with a speed of 19 km/s (5 mps) at an angle of 42.7 degrees. The meteor began to brighten 78 km (48 miles) above the city of Fernandopolis.

It continued in a northeast direction where it reached a magnitude of -11.7 as it exploded, dissipating 27 km (17 miles) above the Riolandia municipality, on the border between Sao Paulo and Minas Gerais. 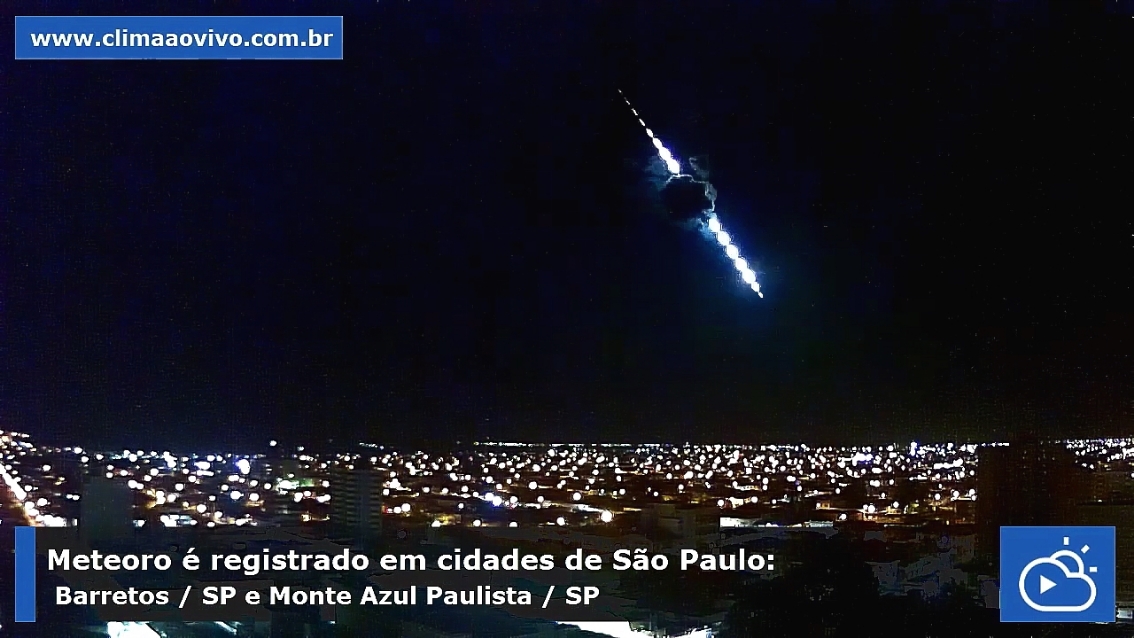 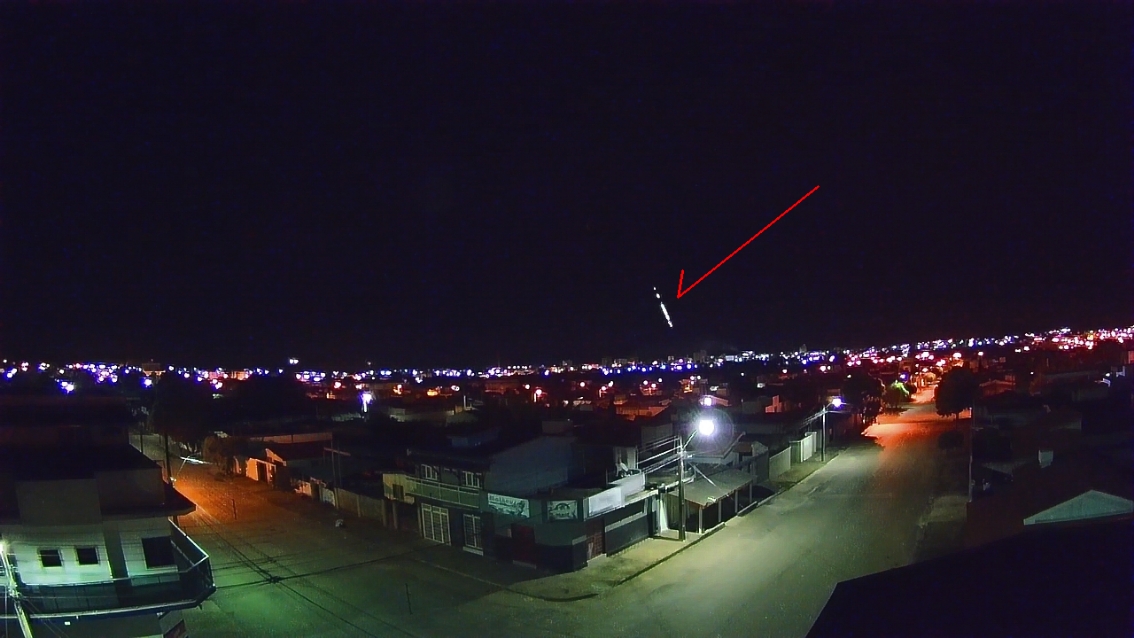 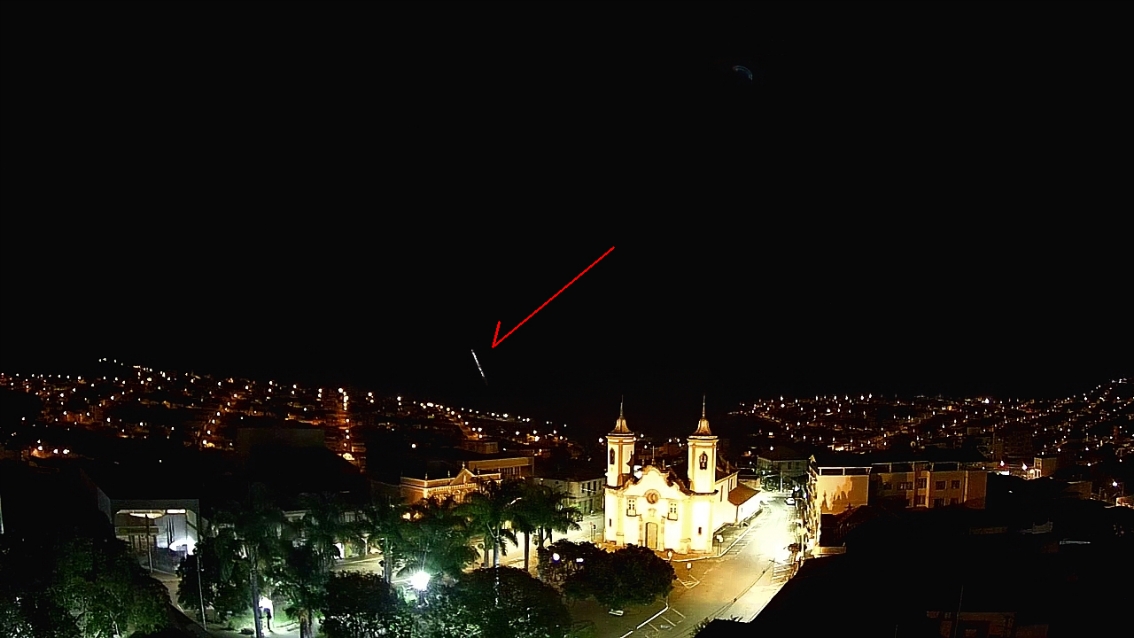 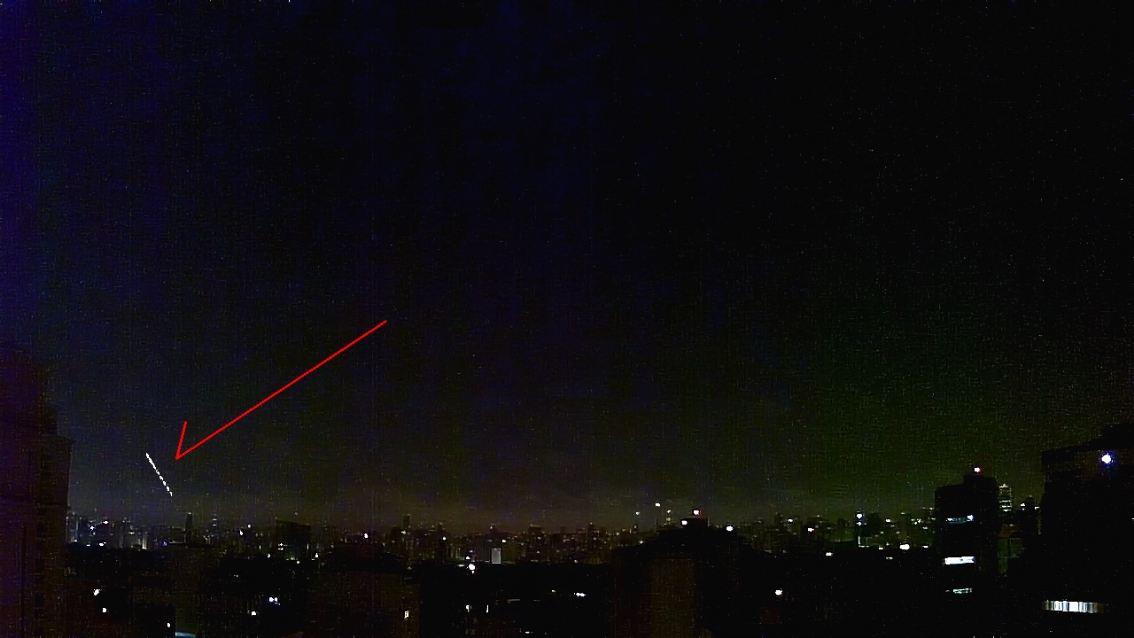 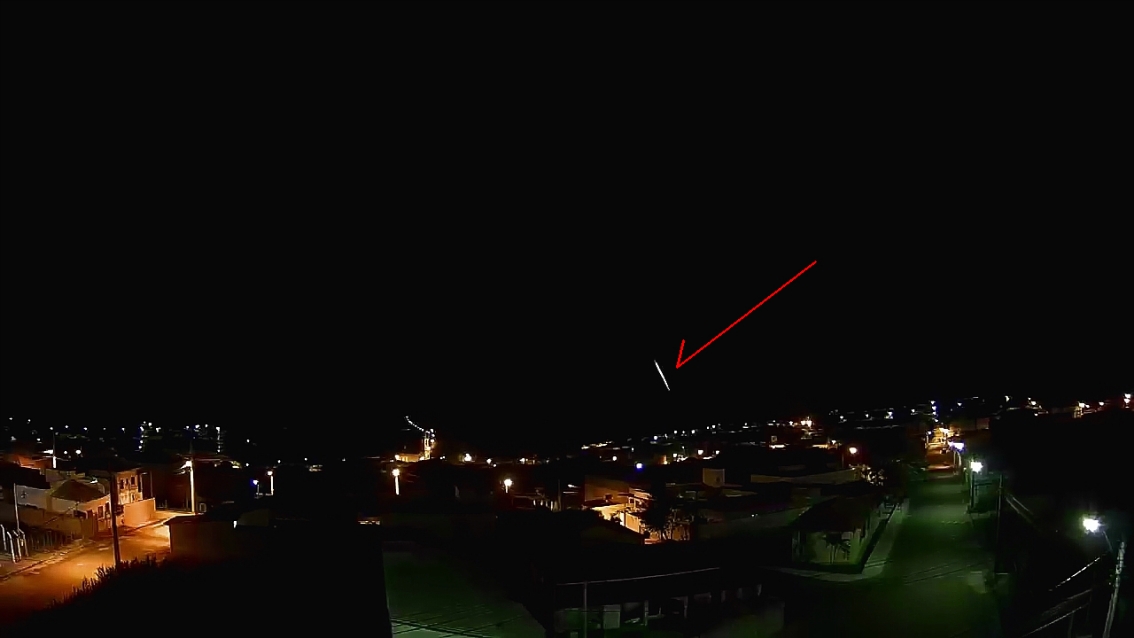 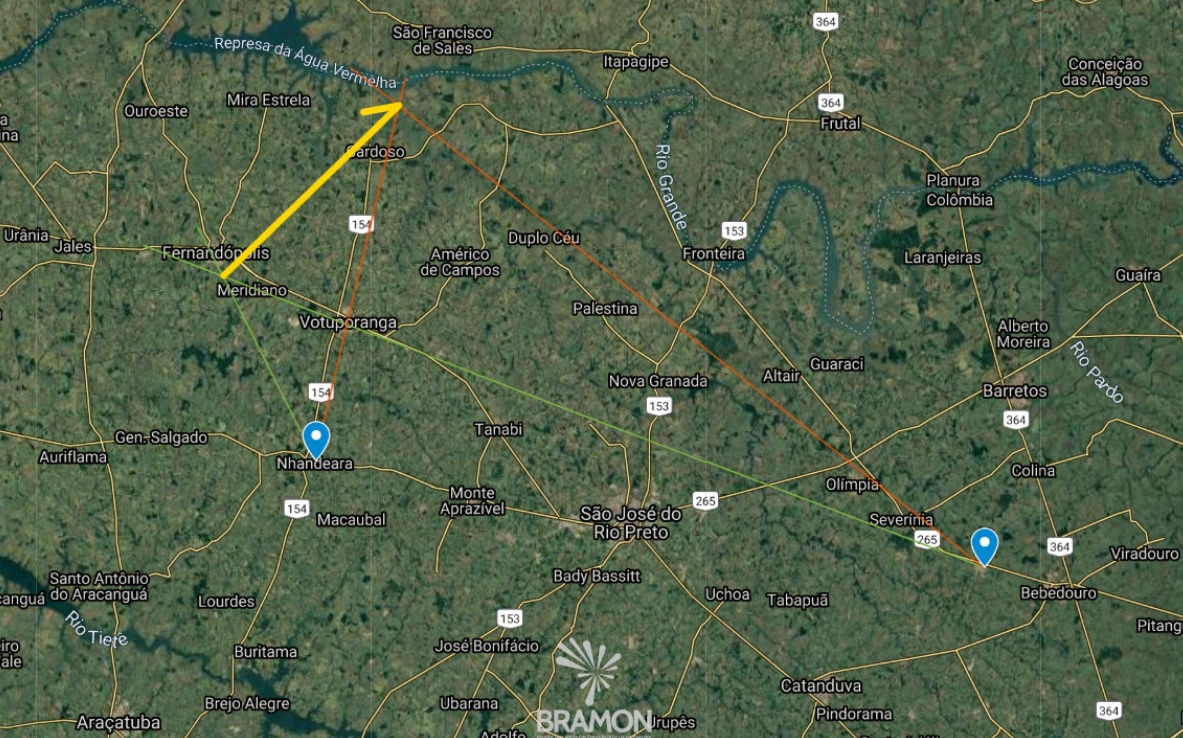