The Indian Ocean Dipole (IOD) has reached zero for the first time since May 2019, according to the Bureau of Meteorology (BOM) report on Tuesday, February 4, 2020. Surface waters in the tropics close to and west of the Date Line are warmer than average, potentially drawing moist away from Australia.

However, BOM noted that surface waters in the tropics near and west of the Date Line are warmer than average, likely drawing some moisture away from the continent.

Moreover, warm anomalies rose in the western Pacific compared to the past two weeks. Overall ocean temperature patterns, however, remain consistent with a neutral ENSO state.

Around much of Australia, surface temperatures remain warmer than average, with warm anomalies rising compared to the past two weeks and now encircling most of the continent. 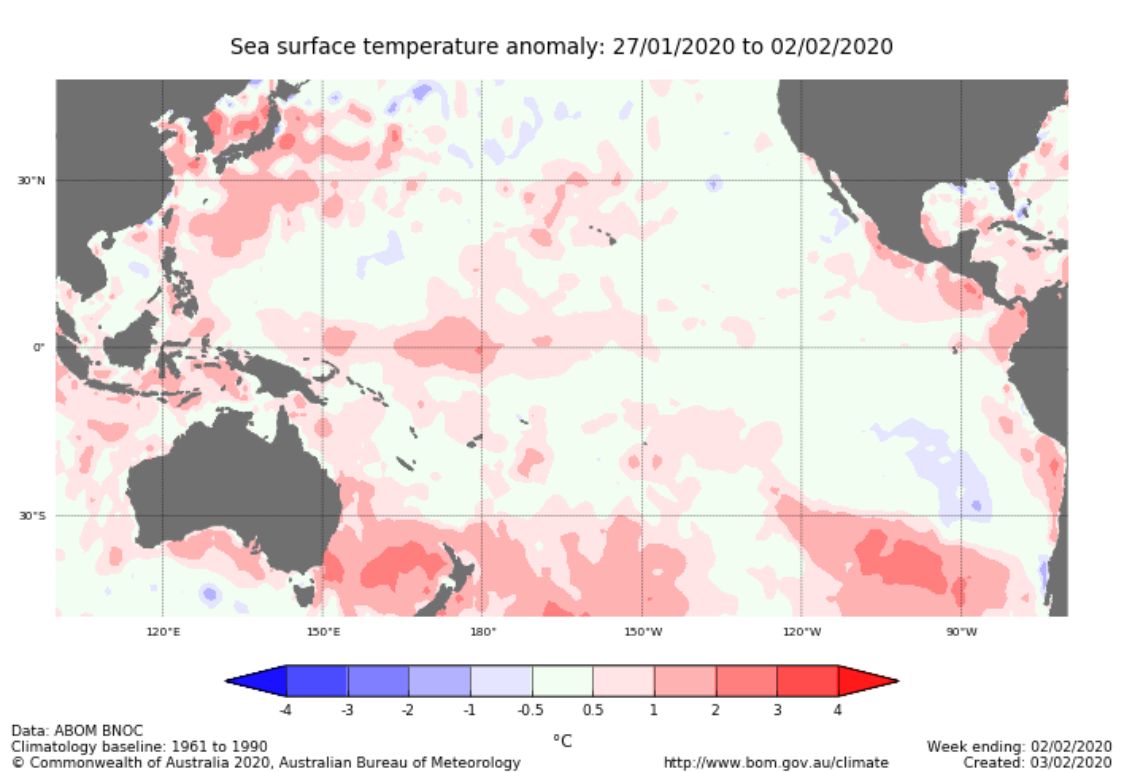 The temperatures in the sea sub-surface were in general near average along the equator. However, a small volume of warmer than average water remains in the western equatorial Pacific between 100 and 150 m (328 to 492 feet) depth to the east of the Date Line.

The trade winds for the five days ending February 2 were also close to average across the tropical Pacific.

Meanwhile, the cloudiness near the Date Line has been above average in general since mid-December 2019. Overall cloud patterns are consistent with neutral ENSO.

According to the bureau, most international climate models show that central tropical Pacific sea surface temperatures in the NINO3.4 region will remain at ENSO-neutral levels through the southern hemisphere autumn in 2020.

"International climate models surveyed by the Bureau indicate ENSO is likely to remain neutral until at least the end of the southern hemisphere autumn, meaning it will have limited influence on Australian and global climate in the coming months," BOM wrote.

"The Indian Ocean Dipole (IOD) is neutral. The IOD typically has little influence on the Australian climate from December to April. The Southern Annular Mode (SAM) is also neutral."

A negative phase of SAM, similar to the positive IOD in the second half of 2019, brought a drying impact to parts of Australia from October to late December 2019.

The IOD has reached zero for the first time since early May 2019 and surface waters in the tropics near to and west of the Date Line are warmer than average, potentially drawing some moisture away from Australia.