Tropical Cyclone "Blake" formed at 00:00 UTC on Monday, January 6, 2020, off the northern coast of Western Australia, as the first tropical cyclone of the 2019/20 Australian region cyclone season. Landfall is expected in the vicinity of Wallal Downs along Eighty Mile Beach late on Tuesday or early Wednesday, January 8 or 9 (LT) as a Category 2.

The system is moving towards the south at 12 km/h (7 mph) and is expected to track close to the Dampier Peninsula for the remainder of the day.

On January 7, Blake is forecast to move toward the SSW and could remain close to the coast. It may cross the coast in the vicinity of Wallal Downs along Eighty Mile Beach late on Tuesday or early Wednesday, January 8 or 9 (LT) as a Category 2 tropical cyclone.

Gales may be occurring along coastal parts of the Dampier Peninsula to the north of Broome and may develop near the coast between Kuri Bay and Bidyadanga, including Broome, later on Monday, BOM said.

Gales could extend to Wallal Downs and De Grey on Tuesday or early Wednesday.

Destructive winds with gusts in excess of 125 km/h (77 mph) may develop early Tuesday between Beagle Bay and Bidyadanga, including Broome and then extend southwards to Wallal Downs later on Tuesday. Gales could extend into inland parts of the eastern Pilbara late Tuesday or early Wednesday.

Heavy rainfall is expected over the west Kimberley and is likely to extend into the eastern Pilbara on Tuesday and Wednesday. 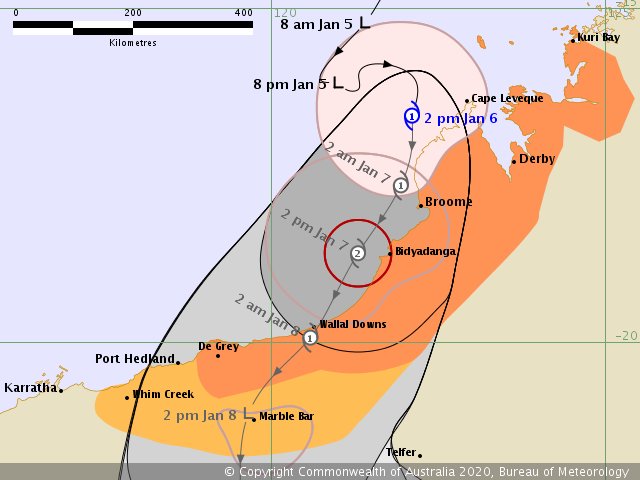 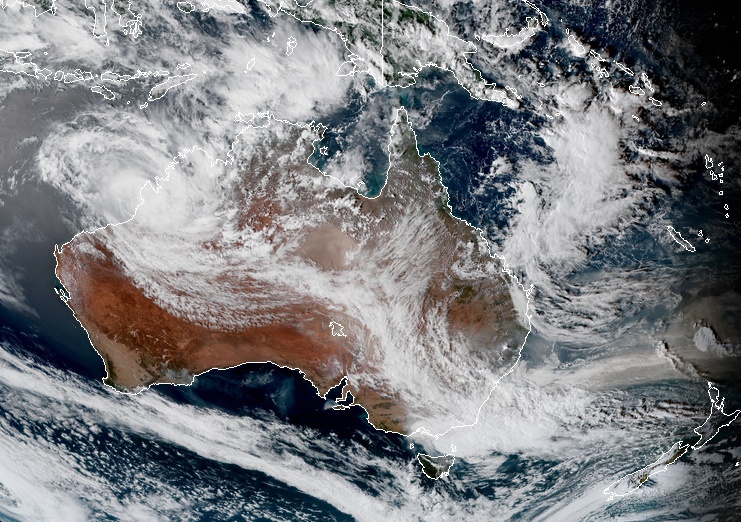 Flood Watches and Warnings are in effect.

YELLOW ALERT: People in or near communities from Kuri Bay to Bidyadanga, including Bidyadanga and Broome but not including Derby, need to take action and get ready to shelter from a cyclone.

BLUE ALERT: People in or near communities from Bidyadanga to De Grey, need to prepare for cyclonic weather and organize an emergency kit including first aid kit, torch, portable radio, spare batteries, food, and water.