The Japan Meteorological Agency (JMA) has raised the alert level for Kirishimayama (Shinmoedake) volcano from Level 1 to Level 2 on January 2, 2020.

This is a Near-crater warning, urging residents and tourists to refrain from approaching the crater in Kobayashi, Miyazaki and Kirishima, Kagoshima.

The potential eruption could launch volcanic material and produce pyroclastic flows within 2 km (1.2 miles) from the crater.

JMA raised the alert due to increasing seismicity detected since evening (local time), with 20 earthquakes occurring as of 23:00 LT (14:00 UTC). 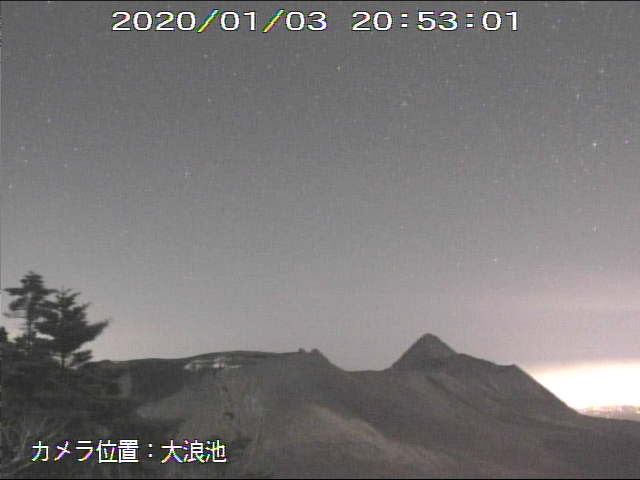 The last time JMA detected an increase in the number of earthquakes under the volcano was on November 17 and 18, 2019. The Alert Level was raised from 1 to 2 on November 18. Seismicity returned to low levels after that, with no other data indicating increased activity.

No changes to geothermal areas on the crater floor and below cracks on the western flank were detected during a field survey on December 12, prompting JMA to lower the Alert Level to 1 on December 20.

The last eruption of this volcano took place from March 1 to June 27, 2018; Volcanic Explosivity Index of 3.

This was the first explosive eruption of this volcano since 05:44 UTC on May 14. That eruption sent ash up to 7.6 km (25 000 feet) above sea level, making it nearly 1 km (3 280 feet) higher than the April 4th eruption and the highest since the eruptive phase began on March 1.

The Japan Meteorological Agency (JMA) raised the Volcanic Alert Level for Kirishimayama (Shinmoedake) volcano, Kyushu, Japan to Level 2 at 05:10 JST on November 18, 2019 (20:10 UTC, November 17). JMA is urging residents and tourists to refrain from approaching the…

A strong explosive eruption took place at Shinmoedake volcano, Kirishima mountain range in Japan, late April 4, 2018. The eruption sent ash up to 6.7 km (22 000 feet) above sea level, the highest since a series of eruptions began on March 1, the Japanese…

Explosive eruptions and Kyushu's Shinmoedake volcano on Sunday, March 25, 2018, sent plumes of gas and ash 4.8 km (16 000 feet) above sea level and created first pyroclastic flow since the volcano started erupting at the beginning of the month. Explosive…

The Japan Meteorological Agency (JMA) issued new warnings for Shinmoedake volcano in Kyushu following a series of explosive eruptions on Friday, March 9, 2018. Explosive eruptions continued into March 10. A worker from the National Institute of Advanced Industrial…

The activity at Shinmoedake volcano in Kyushu, just one of 20 Quaternary volcanoes making Kirishimayama volcano group, is at elevated levels since March 5 with near-continuous ash emissions and ejections of very hot material. At 11:20 UTC today, ash column was…

Japanese Shinmoedake volcano in Kyushu started erupting again around 02:00 UTC on March 1, 2018 (11:00 local time). After six years of quiescence, this volcano roared back to life on September 7, 2017, coating nearby cities and towns with a thin layer of ash. The…

Kirishimayama is a large group of more than 20 Quaternary volcanoes located north of Kagoshima Bay. The late-Pleistocene to Holocene dominantly andesitic group consists of stratovolcanoes, pyroclastic cones, maars, and underlying shield volcanoes located over an area of 20 x 30 km (12.4 – 18.6 miles).

The larger stratovolcanoes are scattered throughout the field, with the centrally located, 1700-m-high (5 577 feet) Karakunidake being the highest.

Onamiike and Miike, the two largest maars, are located SW of Karakunidake and at its far eastern end, respectively.