Critical to extremely critical fire weather conditions continue on Friday across portions of Southern California due to gusty winds and a very dry airmass. These conditions should subside by the weekend as an upper level trough approaches the region.

The setup has already resulted in mandatory evacuations in the San Fernando Valley, LA County as Saddleridge Fire, which broke out late October 10 in Sylmar near the 210 Freeway, exploded amid windy weather (gusts up to 100 km/h / 60 mph) and is now burning out of control.

The fire has already scorched more than 650 ha (1 600 acres) of land by Friday morning, October 11 (LT) and forced evacuation of approximately 1 900 homes.

Evacuations have been ordered for Oakridge Estates, Glenoaks, the Foothill area and into neighborhoods in Granada Hills and Porter Ranch, LAFD Capt. Branden Silverman said. 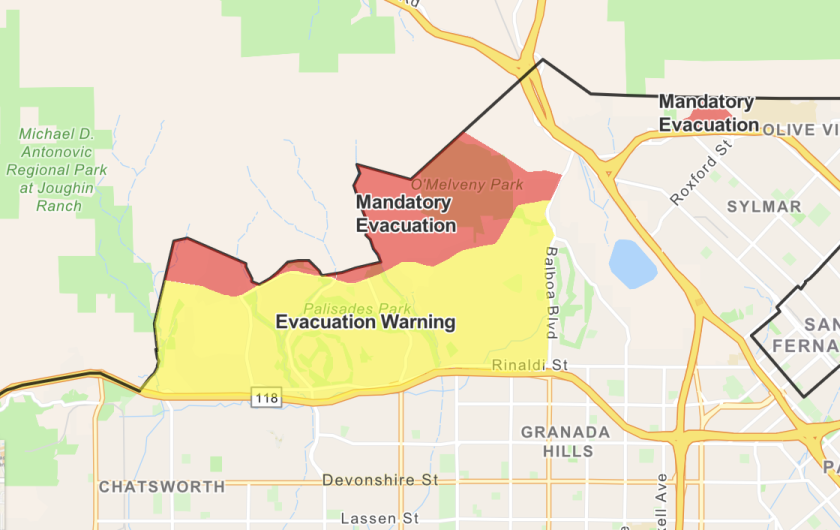 #SaddleRidgeFire video of the spot fire that jumped the 5 freeway and main fire to the east. pic.twitter.com/ueG0BB3B39

The #SaddleridgeFire appears to have damaged power lines in the area; aerial video shows the blaze continuing to rapidly grow https://t.co/BEMDLeeDur pic.twitter.com/wDDqMHNCz1

The fire jumped a portion of Interstate 5, and is rapidly moving toward the northern portions of Granada Hills, Porter Ranch and Chatsworth, in the vicinity of the 118 freeway.

"Be prepared and ready to evacuate if given the order," LAPD said.

BREAKING: The #SaddleridgeFire is now right on top of the Aliso Canyon natural gas facility. We understand operations here have been ordered shut down by fire officials. @FOXLA pic.twitter.com/GByfq5wMIE

#SaddleridgeFire
Current scenes of the Sylmar area on the east and the 5N lanes on the west that continue to be at a standstill. pic.twitter.com/TFZKtLAQ3k

The Los Angeles Fire Department said it's still investigating the casue of the fire.