Sediment petrologist Patricia Corcoran and several of her students at the University of Western Ontario found that microplastics in the Great Lakes are becoming benthic, as presented on the Geological Study of America Annual Meeting in Phoenix, Arizona, on September 24, 2019.

The main sources of microplastic in Great Lakes were hypothesized, as well as the factors that influence their distribution and where do the particles concentrate.

The research team examined sediment samples from the Huron, Ontario, Erie, and St. Clair lakes and the tributaries at sea and offshore. 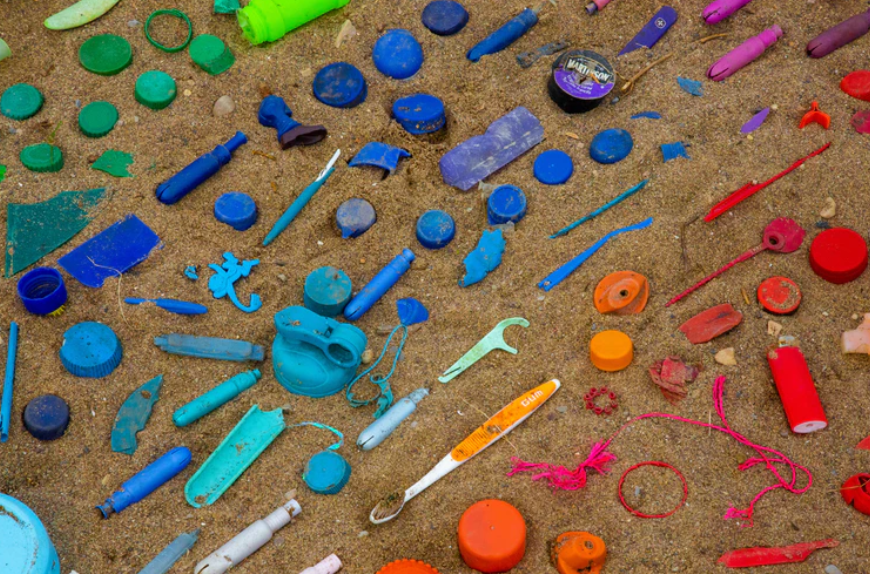 More organic debris in the sample also means there are more microplastics, the researchers discovered. Benthic microplastics, those from lake bottom sediments, were more present near high population places.

However, not all plastic fibers identified in benthic samples were really plastic. "When we chemically analyzed fibers only 33% were plastic. The others materials like dyed cotton or cellulose," Corcoran said.

"So we can't assume that every fiber we see under the microscope is plastic."

The team also studied pellets, which are microplastics same as the size of a lentil, from 66 beaches across all five Great Lakes.

The study also showed that there is a little relationship between population density and number of pellets, except for two beaches with the most number of microplastics.

Corcoran explained that pellets were more concentrated near tributaries, "in other words, rivers and creeks are the main pathways used by pellets to reach the lakes."

Aside from this research, the team also studied anthropogenic stones on a Hawaiian beach that they called "plastiglomerate."

The study is presented by Sara Belontz from the University of Western Ontario on September 24, 2019, at 14:00 LT, North Building of the Phoenix Convention Center, Arizona.

The Laurentian Great Lakes of North America are constantly threatened by historic and emerging contaminants. The most globally widespread of these contaminants is plastic, which has unique chemical properties that result in its preservation and accumulation. Microplastics (MPs), particles <5 mm in their longest diameter, can sink if i) clays or biofilms adsorb to their surfaces, ii) they contain mineral fillers, or iii) they are egested by organisms. The sunken MPs pose a threat to small animals that dwell in and/or feed on benthic sediment. Microplastics that become buried beneath the sediment surface have the potential to become part of Earth's future geologic record. Locating the depositional sinks and mapping the concentrations of MPs in the Great Lakes Basin has indicated that MP abundances are related to factors such as population density, proximity to plastic production and user facilities, the movement of surface water currents, and shoreline and riverbank morphology. Abundances of MPs in benthic sediment of the Great Lakes and their tributaries range from 0 to tens of thousands of particles per kilogram of dry weight sediment. There is a positive correlation between the amount of organic matter and number of particles, which in turn reflects the preferential preservation of MPs in silts and clays compared to sands. The predominant type of MPs identified in our studies are microfibers, although abundances vary considerably following chemical determination of plastic versus natural fibers. Common fragments from certain locations include paint chips, flashing, and black rubber. Our projects provide results of the first comprehensive investigation of MPs in benthic sediment of the Great Lakes upon which future long-term monitoring will build.