NASA announced on Monday, September 23, 2019, their plans to develop and launch an asteroid-hunting space telescope as early as 2024. The project called Near-Earth Object (NEO) Surveillance Mission lets scientists determine potential hazards to Earth by detecting NEOs and classifying their properties.

According to Thomas Zurbuchen, NASA's associate administrator for science, the concept is based on the NEOCam mission which was a finalist in the Discovery-class planetary science mission competition.

In Zurbuchen's presentation, the telescope will discover 90% of asteroids wider than 140 m (459 feet) that can possibly hit Earth within 10 years. The planetary defense strategy and goals are "to detect NEOs, determine their orbits, and characterize their physical properties using all data-sources, per Congressional guidelines" and "to develop new technologies for NEO detection and impact mitigation."

By doing so, this allows scientists to closely examine how the solar system evolves, thus, identifying potential risks to life on Earth. The planetary defense aims to assess, detect, mitigate, characterize, and coordinate.

The notable difference for NEO Surveillance Mission is that it will be supervised by NASA instead of another program. The Jet Propulsion Laboratory will monitor the development of the mission under NASA's program.

"Early detection and deflection of an asteroid on a collision course for Earth could save countless lives. A space-based asteroid-hunting telescope will better equip the world to be prepared for any potential threats," said Bill Nye, CEO of The Planetary Society, in a press statement. 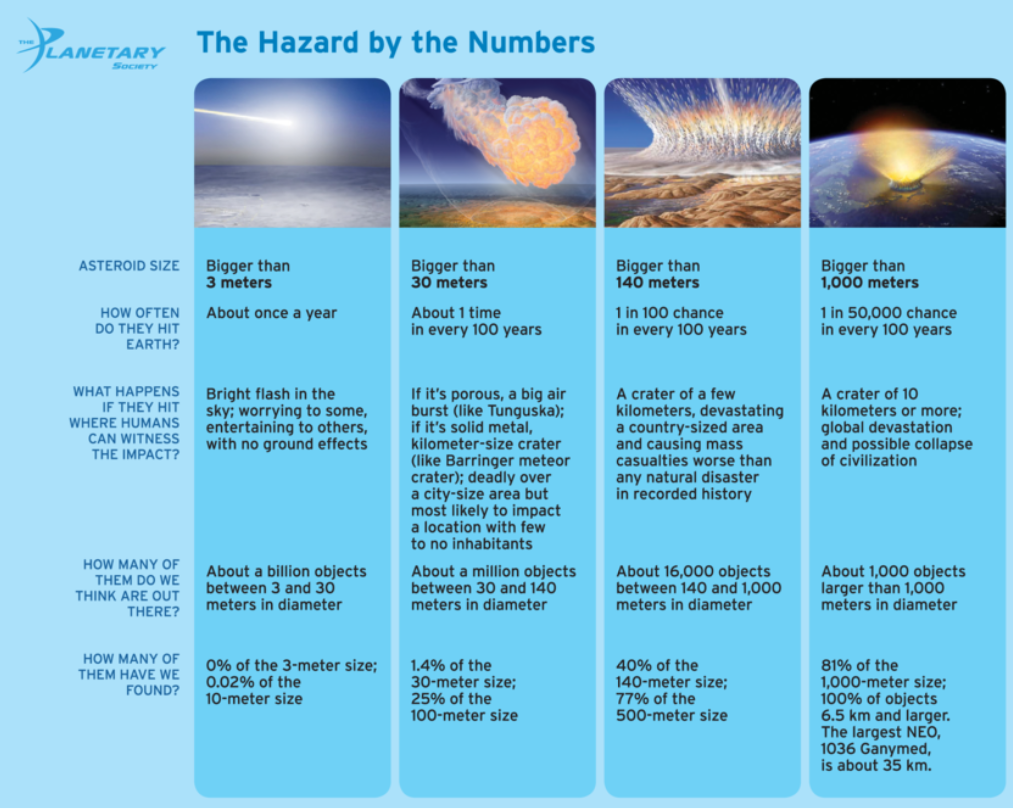 NASA aspires to conduct more planetary defense missions in the future and support proposals for NEO research and technologies to identify asteroids on track that have chances of hitting Earth.

Casey Dreier, chief advocate for The Planetary Society said that this represents an entirely new way of planning planetary defense, and it will not only be launched as a ground-based telescope observing the program but as a development program as a whole to proactively monitor NEOs.

"For too long this effort has limped along with less funding than NASA's public relations office. After years of modest growth, NASA is now committing to an ongoing investment in spacecraft and research that will help ensure the long-term safety of the human race."

Within 10 years, the mission should reach the 90% congressional goal with an anticipated lifetime of 12 years, he added.

The mission's funding would be from the planetary defense program, which would be around $500 million to $600 million.

It has tracked over 800 000 infrared observations of around 34 000 different solar system objects. The telescope was put into hibernation after its frozen hydrogen ran out in 2010, and was repurposed in 2013 as an asteroid-hunting mission using two-shorter wavelength detectors. It is expected to drift from Earth's orbit in Summer 2020.