Tropical Storm "Fernand" formed in the western Gulf of Mexico at 18:00 UTC on September 3, 2019, as the 6th named storm of the 2019 Atlantic hurricane season. The storm is heading toward eastern Mexico. Tropical storm conditions are expected to first reach the coast within the warning area late tonight or early Wednesday, making outside preparations difficult or dangerous. Forecast models at the end of the report include both Fernand and Dorian.

The Government of Mexico has issued a Tropical Storm Warning for the northeast coast of Mexico from La Pesca to Barra del Tordo and from Barra El Mezquital to the Mouth of the Rio Grande River.

The system is moving W at 11 km/h (7 mph) and this motion is expected to continue today.

A motion toward the west-northwest is forecast tonight and Wednesday, September 4. This motion could bring the center of Fernand near or over the coast of northeastern Mexico late Wednesday.

Additional slow strengthening is forecast before the system moves inland late Wednesday afternoon (CDT). However, the broad and large nature of the circulation is likely to prevent rapid intensification before landfall.

A NOAA Hurricane Hunter aircraft is scheduled to investigate Fernand this afternoon (CDT) to provide more information on the intensity. Tropical-storm-force winds extend outward up to 170 km (105 miles) mainly to the west of the center.

The primary threat from this system will be heavy rainfall that could produce flooding and mudslides, especially in the mountainous areas of Mexico.

Interests elsewhere along the northeastern coast of Mexico and the lower Texas coast should monitor the progress of this system. Additional watches or warnings could be required later today for portions of these areas, NHC forecasters noted. 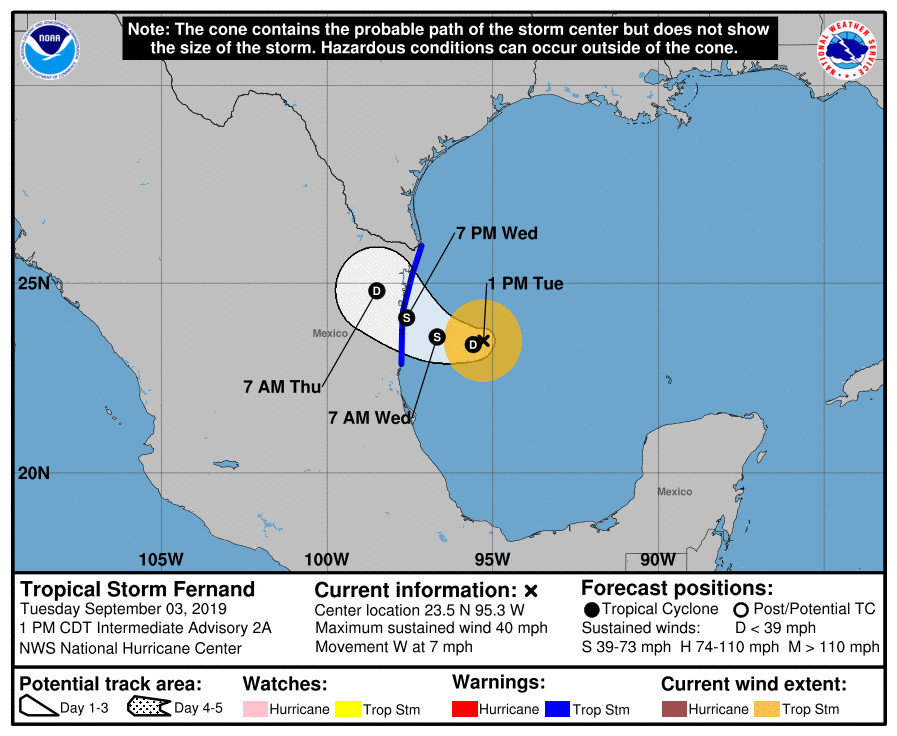 Tropical storm conditions are expected to first reach the coast within the warning area late tonight or early Wednesday, making outside preparations difficult or dangerous.

Squalls with gusts to tropical-storm force are likely north of the warning area along portions of the northeastern coast of Mexico and the lower Texas coast.

Fernand is expected to produce the following rainfall totals through Friday, September 6:

Northeast Mexico: 150 – 300 mm (6 to 12 inches), isolated 380 mm (15 inches), highest in the Sierra Madre Oriental of Tamaulipas and Nuevo Leon. This rainfall may cause life-threatening mudslides and flash floods. 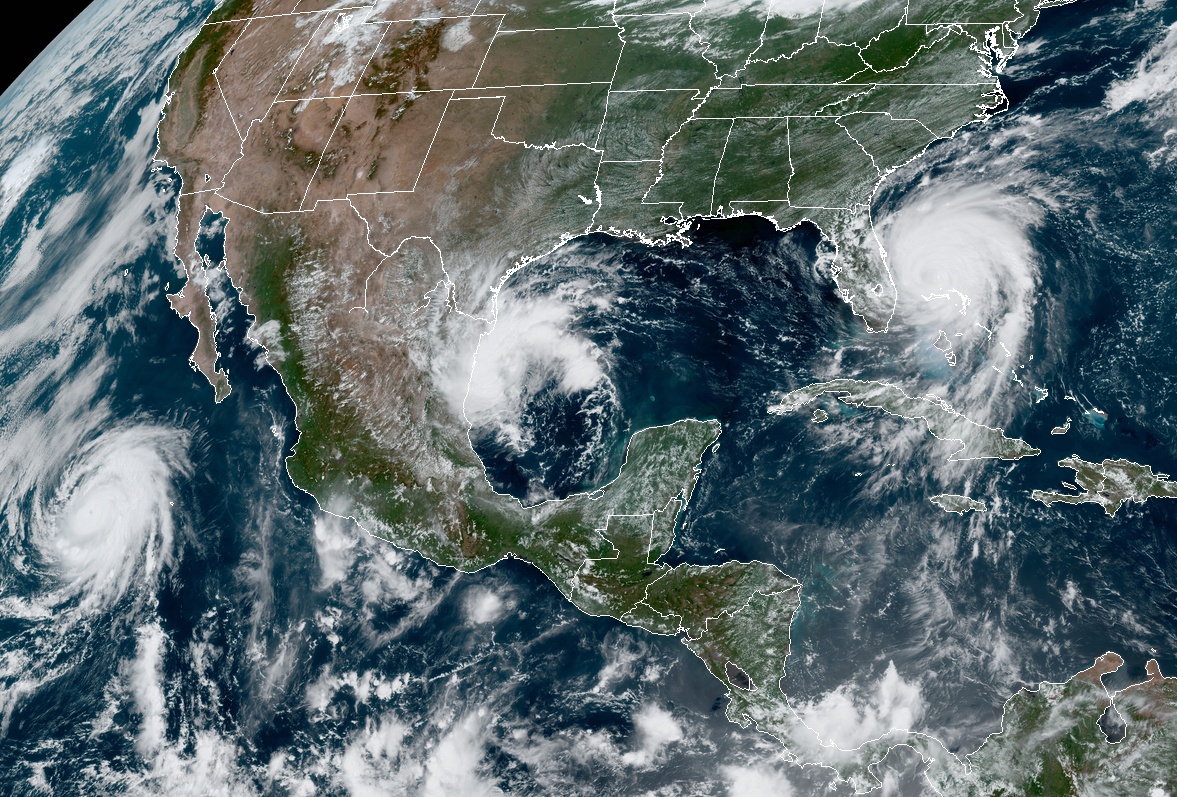